Government's top cyber security arm has initiated a probe into complaints of I-T department, banks and other financial bodies who have reported a spurt in cyber attacks and fake mails which was affecting their operations. 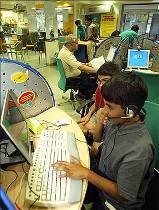 The Computer Emergency Response Team, a technical and cyber security department under the Ministry of Communications and Information Technology, is the nodal agency to analyse and respond to cyber attacks and intrusions into country's information and technology networks.

These agencies have asked the CERT-In to arm them with pro-active measures so that they can prevent phishing attacks as huge monetary transactions are involved and also recover any lost data.

"The CERT-In is working on incident reports sent by the I-T department and various banks who have complained about phishing attacks on their servers and in one case even the facsimile of a banking institution was stolen and used for fraudulent purposes," a source said.

While banks have reported about "fraudulent entities" interacting with their customers to share passwords, account details and PIN numbers to the CERT-In, the I-T department and its directorates have reported fake mails sent to taxpayers and have also asked for securing passwords used by income tax officials, especially handling refunds.