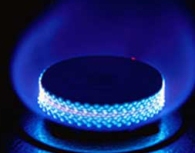 Iran and Pakistan have signed a deal in Turkey paving the way for constructing the much-delayed natural gas pipeline that was originally envisaged to extend up to India.

The Inter-State Gas Systems, a semi-autonomous body that will take care of Pakistan's interests in the import of gas through the pipeline, and the National Iranian Oil Company signed the heads of agreement and an operational accord in Istanbul on Tuesday.

Petroleum and Natural Resources Minister Syed Naveed Qamar said in a statement that India is currently not part of the deal.

The pact also addresses the issue of transportation tariff, which will be worked out in line with international practices. Pakistan has said the pipeline, which will connect Iran's South Pars gas field with Balochistan and Sindh provinces, is crucial to averting a growing energy crisis that is already causing severe electricity shortages.

"(The project is) in our legitimate economic interests," said Foreign Office spokesman Abdul Basit. The two technical agreements signed on Tuesday specify the dimensions of the pipeline, including its diameter, number of compressors and other operational issues. The pacts are part of conditions precedents to be finalised to make the sale-purchase agreement effective. Qamar described the signing of the pacts as a "historic achievement and a milestone towards meeting the energy needs of Pakistan".

He expressed the hope that physical work on the project will start soon and gas will flow into the system by the timeline. The pacts require the Pakistan government to issue a guarantee to make the sale-purchase agreement effective.
The volume of 750mmcfd to 1 bcfd gas, expected to be in the system by the middle of 2015, will help overcome the shortage of gas in Pakistan.

The 2,700-km pipeline was originally envisaged to transport Iranian gas to energy-deficient Pakistan and India. However, India has not participated in talks on the venture since 2008. Pakistan and Iran declared last year that they would go ahead with the project bilaterally if India maintained its stance of not joining the venture.

Analysts said India stand was influenced by security concerns and the high transit fees being sought by Pakistan for gas to be transported through its territory.