The US regulator, Securities and Exchange Commission and Federal Reserve were warned by Wall Street rival Merrill Lynch that Lehman Brothers was incorrectly measuring its liquidity position months before its collapse in 2008, says a media report. 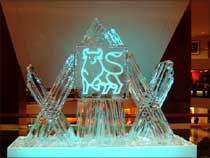 Attributing to people familiar with the plan, the Financial Times said that SEC and Federal Reserve officials were warned by Merrill Lynch about Lehman's balance sheet calculations as far back as March 2008.

Besides, Merrill officials were coming under pressure from their trading partners and investors, who feared that Merrill was less ­liquid than Lehman, it added.

According to the publication, former Merrill officials had contacted the regulators after Lehman released an estimate of its liquidity position in the first quarter of 2008. Lehman touted its results to counter-parties and investors as proof that it was sounder than some rivals, including Merrill.

Last week, a report by Lehman bankruptcy court examiner, also found that the company had used questionable financing tools to flatter its balance sheet before its September 2008 collapse.

Besides, Lehman's management told its board at the time that it had "the strongest liquidity position of the brokers", according to the report by Lehman's examiner.

The report noted that SEC declined to comment beyond saying that the senior people at the unit that oversaw Lehman had left the regulator. While, The New York Fed said it was unable to verify that the conversation with Merrill Lynch bankers took place.