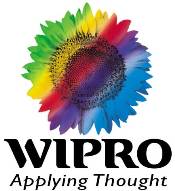 Indian IT services provider Wipro said it is keen to expand its footprint in France as the country offers huge potential for growth and has stepped up its investment in the region.

"We invested in a senior leadership team. We are seeing excellent progress and we are extremely confident of our future in France," Wipro CFO Manish Dugar said.

Wipro believes that sales opportunities are huge in France for an IT outsourcing company, it said. The French government has undertaken series of measures in recent years to make it easier and more profitable to do business in France.

These far-reaching reforms have changed the equation for existing companies and new investors.

"It is a large under-penetrated market for offerings that take advantage of the global delivery model. But more critically, some of the worlds biggest and best corporations represent France. And French companies are becoming more and more international and global," Dugar said.

Last week, French Minister for the Economy, Industry and Employment, Christine Lagarde and Michel Mercier, the Minister for Rural and Regional Development, presented the 2009 report on job-creating foreign investment in France.

"Against the backdrop of a worldwide downturn in foreign direct investment flows, the IFA and French regional development agencies recorded 639 job-creating foreign investment projects in 2009, an increase on the figure in 2007 (624), and nearly as many as in 2008 (641).