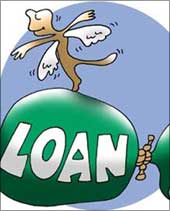 The timing came as a surprise to markets as it expected announcements on the rate front but only during its annual monetary policy announcement scheduled for April 20.

RBI is of the opinion that monetary policy changes have a lag effect, so making announcements in a timely manner helps to avoid taking strong measures at a later stage.

The rate hike comes after a very long haul. The last hike in both the repo and reverse repo rates was way back in December 2008. The action is in line with the earlier action of RBI on January 29, 2010 where CRR was hiked by 75 bps. By this, it was able to suck out Rs 36, 000 crore (Rs 360 billion) from the system.

RBI has a delicate job of balancing both the economic growth and inflationary trends. RBI is conscious of the fact that a premature tightening may hamper the economic recovery process.

A rate hike therefore has come only after the central bank was fully convinced of the fact that there is a consolidation in recovery as is indicated from the uptrend in the industrial production numbers, robust growth in the manufacturing and capital goods sector and revival in exports.

Having said that, RBI wants to be conservative so as to ensure that it doesn't move a bit too soon (it could hamper economic growth) and therefore the rate hike is moderate.

This gives them an opportunity to monitor the impact on growth and also see how inflation shapes up going forward.

Inflation has been hitting headlines in the past few months for constantly being on the uptrend. The headline WPI inflation of 9.9% (y-o-y basis) in February 2010 exceeded RBI's baseline projection of 8.5% for end-March 2010. Prices of non-food manufactured goods accelerated from -0.4% in November 2009 to 0.7% in December 2009.

Besides although food prices have been showing signs of moderation, they are still sitting at very high levels.

Some banks have hiked their interest rates while some others are waiting for the right moment. Immediate rate hikes by some of these banks may not happen because of sufficient liquidity in the system currently and also because a month later RBI will announce its annual policy- so it will be wait and watch for the moment.

So for the time being, consumers need not worry about their EMIs on home loans, auto loans etc. going up. However, as April progresses the scenario could change.

As liquidity dries up in the system, banks will have to pass on the increase in its borrowing costs to consumers.

Eventually, banks will start charging higher rate of interest on its products which means existing customers of various floating rate products such as auto loan, home loan among others will see increase in their EMIs as early as in the month of April.

What should one expect on the rate front going forward?

RBI has always been proactive and has worked towards tackling issues in a timely manner- this time it being inflation.

The inflationary pressure is going to exist for some time going forward which means rate hike will  be the name of the game (provided the economy doesn't take a turn for the worse).The interest rate cycle has turned and here on rates can only increase.

What should new buyers do?

This could be the best time to take a home loan or auto loan because rates will eventually rise. Fixed rate product may not be a bad idea at all.

BankBazaar.com is an online marketplace where you can instantly get loan rate quotes, compare and apply online for your personal loan, home loan and credit card needs from India's leading banks and NBFCs.
Copyright 2022 www.BankBazaar.com. All rights reserved.
Related News: Reserve Bank of India, WPI, CRR
Print this article