10 mobile technologies to watch out for 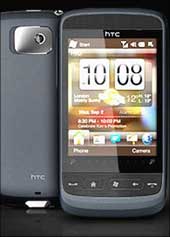 IT research company Gartner Inc has identified 10 mobile technologies that will evolve significantly through 2011 in ways that will impact short-term mobile strategies and policies.

The research firm said that investments in mobile applications and technologies will increase through 2011 as organisations emerge from the recession and ramp up both business-to-employee (B2E) and business-to-consumer (B2C) mobile spending.

"We are highlighting these 10 mobile technologies that should be on every organisation's radar screen," said Nick Jones, vice president, Gartner.

"These mobile technologies were selected because they will evolve in ways that affect corporate strategies, significant numbers of customers or employees will adopt or expect them, or they will address particular mobile challenges that organisations will face through 2011."

Bluetooth LE will enable a range of new sensor-based business models in industries such as fitness, healthcare and environmental control and will be used by handset and PC peripherals to enable new functions, such as PCs that autolock when users move away from them.

The growth in smartphones with relatively large and high-resolution screens will encourage greater numbers of people to access conventional websites on mobile devices, and will make it possible to deliver some B2C applications using conventional Web tools without adaptation. In mature markets, the mobile Web, along with associated Web adaptation tools, will be a leading technology for B2C mobile applications through 2012, and should be part of every organisation's B2C technology portfolio.

Widgets are installable Web applications that use technologies such as JavaScript and HTML. Many handsets support widgets running on their home screens, where they are easily visible and accessible.

Because widgets exploit well-understood tools and technologies, they have lower entry barriers than complex native applications, and thus can be a good first step to assess the demand for an application on a specific platform before undertaking expensive native development.

Mobile platforms will become more diverse through 2012 although consolidation will not have started, and, in some markets, five or more platforms may have a significant presence.

Therefore, tools that can reduce the burden of delivering installable applications to several platforms will be very attractive. Platform-independent application development (AD) tools cannot deliver a 'write once, run anywhere' equivalent to native code; however, they can significantly reduce the cost of delivering and supporting multiplatform applications that provide a more sophisticated experience than the mobile Web and operate outside signal coverage.

App stores will be the primary (and, in some cases, the only) way to distribute applications to smartphones and other mobile devices. App stores also provide a range of business support functions, such as payment processing, that assist smaller organisations.

Gartner believes that app stores will play many roles in an organisation's B2C and B2E strategies. They will be a distribution channel for mobile applications and a commercial channel to sell applications and content (especially in international markets), and they will provide new options for application sourcing.

By the end of 2011, over 75 per cent of devices shipped in mature markets will include a GPS. GPS will be the primary, but not the only, means of establishing handset location.

Wi-Fi and cell ID systems will remain important in situations where GPS is unavailable or unreliable. The popularity of location-aware handsets will enable a wide range of B2E and B2C location-aware applications, and will serve as a foundation for more-sophisticated contextual applications in the future.

However, organisations must be sensitive to local privacy regulations, ensure that applications that expose location are "opt in," and remain on alert for new risks and concerns that will be raised by location awareness.

Continuous improvements in wireless broadband performance will increase the range of applications that no longer require fixed networking, and make cellular broadband a more effective fallback when fixed connections fail. Embedded cellular networking will become a standard feature of many corporate laptops, and will enable new types of network-connected devices and business models, such as e-books and media players.

Touchscreens are emerging as the dominant user interface for large-screen handsets, and will be included in over 60 per cent of mobile devices shipped in Western Europe and North America in 2011.

Many network service providers increased their commitment to machine to machine (M2M) in 2009, so a good range of both national and multinational M2M service options will be available in mature markets during 2010 and 2011.

Although the M2M market is very fragmented, it's growing at over 30 per cent per year.

This isn't strictly a single technology, but refers to a collection of security technologies, application technologies and sourcing options that enable the provisioning of applications that are secure, but less tightly tied to specific devices and platforms, and that, in many cases, do not require security tools to be installed on the client.

It includes thin-client architectures, applications as a service, platform-independent forms of network access control (NAC), portable personality, virtualisation, and hosted security services, such as 'in the cloud' virus scanning.

Device-independent tools cannot provide the rigor of fully installed security, but a blend of several of these tools can enable CIOs to deliver applications that can run on a wider range of devices while reducing security risks.

'Don't be impatient, especially with employees'

Chandhok crashes out of Bahrain GP