Fiat not to hike prices, to launch new variants 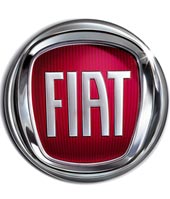 Fiat India Automobile Ltd (Fial) has no plans to increase prices of its cars at the moment, keeping in view the Euro IV emission norms which will be effective from April 2010.

From April 1, 2010, 13 cities will switch to Euro IV. Earlier, industry experts said that the Euro IV emission norms, to be effective from April 2010, would force an upward revision of prices as carmakers were making significant investments to upgrade vehicle engines to make them Euro IV compliant.

Fial president and CEO Rajeev Kapoor said, "At the moment, we don't have any plans to increase the prices of our cars due to Euro-IV emission norms. We will follow a wait and watch policy and observe other car manufacturers, then only any decision will be taken."

On being asked about the sales, he added, "This year has been pretty good for us. We would be closing this financial year, with 24,000 units. Fiat Punto was launched in mid of the current fiscal year, and it is doing extremely well. So far the next financial year is concerned, we are targeting to sell 48,000 units that include, Fiat Punto and Fiat Linea."

He added further, "The company would launch Linea Turbo Jet and Punto 90 bhp by June 2010. Also, we are working and expect to roll out Punto's CNG variant by the end of this fiscal year."

Commenting upon small car, he added, "We are developing a new compact car for the domestic market, which will be unveiled in early 2012. The car, being developed for the Indian market will incorporate inputs from Tata Motors." Fial is a 50:50 joint venture between Fiat Group of Italy and Tata Motors.

He added that the company had a long tradition of producing small cars. The new car to be unveiled in 2012 would be manufactured at Fial's production facility at Ranjangaon plant, which has an annual capacity of manufacturing 160,000 cars and 350,000 engines, besides 300,000 parts and accessories. The plant is currently manufacturing the Palio Stile 1.1, 1.6 models, Linea and now the Grande Punto. The facility also manufactures Fiat's successful 1.3 litre Multijet Diesel Engines and 1.2 and 1.4 litre Fire Gasoline engines. The plant will also produce Tata passenger and next generation cars.

At present there are 103 Tata-Fiat dealers across India and Fial is planning to ramp up to 124 dealers across the country by mid-2010. Meanwhile, the company launched two new Grand Punto variants: Fiat 1.2 Fire Dynamic and Fiat 1.2 Fire Emotion in the hatchback segment in Chandigarh.