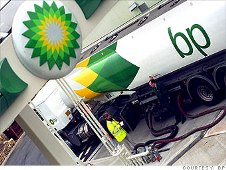 British energy major BP said on Friday it has spent nearly $8 billion as expenses related to the devastating Mexican Gulf oil spill, much higher than last months's estimate of $6 billion.

The spill in the Gulf of Mexico, which happened in April, not only resulted in huge financial liabilities for BP but also saw the ouster of its chief Tony Hayward.

"The cost of response to date amounts to approximately $8 billion, including the cost of the spill response, containment, relief well drilling, static kill and cementing, grants to the Gulf states, claims paid and federal costs," BP said.

In early August, the energy giant had pegged the expenses related to the disaster at $6.1 billion.

Buckling under pressure from the US government, BP in June had announced a $20 billion fund to meet obligations arising out of the oil spill. The claims related to the oil spill are now being processed by Gulf Coast Claims Facility, which is headed by Ken Feinberg.

He was appointed by the Obama administration. Since August 23, GCCF has received over 42,000 claims and $38.5 million has been paid to settle more than 4,900 of those claims.

"Prior to the transfer to the GCCF (on August 23), BP had made 127,000 claims payments, totalling approximately $399 million," the statement said.

The disaster that happened on April 20 after an explosion in one of its oil wells in the Mexican Gulf, had claimed 11 lives.

Nearly five million barrels of oil was estimated to have spilled into the sea before the leak from the well was plugged on July 15.

BP CEO to step down with 15 million pounds pay off

US pay czar to oversee pay practice at Citi