The court, however, gave liberty to Vodafone to argue before the tax department that no penalty should be imposed as they genuinely believed they had no liability to deduct tax at source. 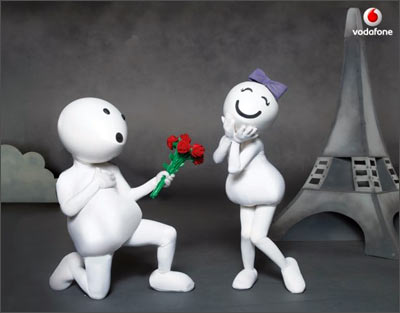 Incidentally, the verdict came on a day when British firm Cairn Energy Plc said it would pay all taxes due, both in India and the United Kingdom, on the $8.48 billion (about Rs 39,000 crore) sale of  a majority stake in its Indian arm to London-listed Vedanta Resources.

The I-T department held that Vodafone liable for not deducting tax at source from payment made to Hutchison and claimed around Rs 12,000 crore in tax and penalty on the deal.

"The transaction has sufficient nexus with India and the I-T department has the jurisdiction to levy tax on the transaction," the bench noted while delivering the verdict.

The moot question before the court was whether Income Tax department can ask a foreign company to pay tax in India if it takes over another foreign entity that owns an Indian subsidiary, and particularly so, if the deal is made outside India?

While the I-T contended that the transaction was liable for tax payment in India, Vodafone International Holdings contended that both the seller and buyer were foreign companies and that the deal was made outside India.

Reacting to the verdict analysts said it will make foreign players more "cautious" while making investments in India.

"Private equity inflow will definitely come under pressure as the investor will have to be extra cautious before entering India. However, looking at the potential foreign firms see in India , the companies  will just be cautious and would not shy away," SMC Capitals equity head Jagannathan Thunuguntla said.

The court refused to stay its order to enable the petitioners file an appeal and allowed the proceedings to continue before the tax department. The judges, however, said that the department would not give its order until eight weeks.

Vodafone submitted that in the past, similar transactions have not been held eligible to taxation in India and that the Indian revenue authority has been stating through the media that the transaction in issue is a "test case".

The I-T affidavit said that Hutchison Telecommunications International Ltd (HTIL), through its investments in India, had made substantial gains which were chargeable to tax under the provisions of the Income Tax Act 1961.

HTIL held 66.98 per cent direct and indirect interest in Vodafone Essar Ltd (previously known as Hutchison Essar Ltd), which had telecom licenses to operate across India under the brand name Vodafone (formerly Hutch).

The I-T department said it was correct in holding that Vodafone was an assessee in default as it had failed to deduct tax at source from over $11.2 billion payment made to HTIL on May 8, 2007.

The Revenue had sent an advisory through a letter dated March 23, 2007, communicating to Hutchison Essar Ltd and through them to Vodafone International that the transaction was liable to tax in India, N K Govila, assistant director of Income Tax contended in an affidavit.

Vodafone, challenging the I-T letter, contended in its petition that there has been no transfer of any capital asset located in India since the share capital acquired by it was of a foreign company registered in Cayman Islands (i.e HTIL).

Moreover, it said, the transaction was negotiated and completed outside India.

Vodafone argued that the jurisdiction of the Income Tax department was not extra-territorial and as such cannot be extended to encompass foreign entities transacting in assets outside India.

Justice Chandrachud pronounced the operative part of the verdict in Mumbai high court while Justice Deodhar, currently on an assignment at Nagpur bench, was at the other end of the video conference link.