Perception of B-Schools need to be changed: Havard dean

Harvard Business School's Indian-origin dean Nitin Nohria has said he is keen on changing the perception that business schools are "about credentials and connections" at a time when "trust in business leaders is close to an all-time low". 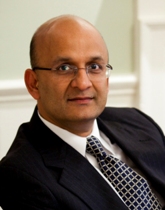 There is a widespread perception that business leaders have rigged the system so they can reap the rewards of success but let the public absorb the losses after failures, the Boston Globe quoted Nohria as saying.

"We have to move to the idea that if businesses creates value for society, they are justified in sharing in the rewards for that innovation," he said.

"But business leaders should not be claiming value where they haven't created any." Pointing out that "trust in business leaders is close to an all-time low," Nohria said "some of the criticisms are well-founded."

Many blame corporate leaders including people trained at Harvard and other business schools for practices that led to the ongoing global economic crisis.

Nohria said he's intent on changing the perception that business schools are "all about credentials and connections," instead offering the view that the pursuit of an MBA degree is about "enhancing competence and character."

"The current distrust between business and society is untenable," he said.

"Nothing is going to get done without the cooperation of business," he said.

Business has to play a role in social reforms like health care and environment. "Those reforms are not going to happen through government aid, or charity. It's only going to happen if business plays not just a role, but a vital, imaginative, creative role."

Nohria, 48, has written several books and academic articles on leadership and business ethics.

He has taught at Harvard Business School for 22 years and took over as dean of the prestigious business school in July this year.

"We are clearly going from a business world that was defined by American business to one that's defined by global influences," he said.

Study abroad: Which is better MBA or MS?