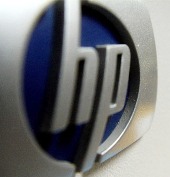 Technology giant Hewlett-Packard is nearing a deal to acquire security software-maker ArcSight Inc for about $1.5 billion, according to a media report.

A deal could be announced as early as Monday, The Wall Street Journal reported, citing people familiar with the matter.

The report cautioned that things were still fluid and could fall apart. According to the publication, the price per share that HP is willing to pay could not be learned, but ArcSight was asking for about $42 a share.

The ArcSight deal would be the second time that HP has agreed to pay a big premium for a smaller company since chief executive Mark Hurd resigned on August 6.

Most recently, the company was engaged in a bidding war with rival Dell over storage technology firm 3PAR Inc, eventually winning it with a bid of $2.35 billion, which translated into almost double the $18 a share price that Dell was initially willing to pay.

The ArcSight deal would continue HP's push into software and other areas outside of its core computer hardware business.

ArcSight makes software that monitors corporate networks for unusual activity, such as hackers' attempts to break into a system.

Its products are used by more than 1,000 customers to help prevent cyber attacks and to spot potential policy violations.

ArcSight, which went public in 2008, reported a revenue of $181.4 million for the financial year ended April 30, up 33 per cent compared to the previous year.

Profit for the fiscal grew to $28.4 million from $9.9 million in the year before.

HP sues ex-CEO to stop him from joining Oracle