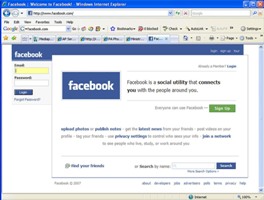 Social networking site Facebook on Thursday starts its operations in India by opening an office in Hyderabad.

The office is already humming with an initial landing team from its headquarters in Palo Alto, California, and a team of recent hires from India, the company said in a statement.

The office is headed by a dynamic leadership team, including Kirthiga Reddy, director of Online Operations and Head of Office India and Manoj Varghese, Director of User Operations.

"We are seeing a ton of momentum with our 15 million users, developers and advertisers right here India. It's an incredible time to be starting our operations in India," director of online operations and India head Kirthiga Reddy said.

To celebrate the opening of the new space in Hyderabad, Facebook launched an art competition, which will continue till October 22.

The winner will be announced on November 15.

'At Facebook our goal is to find the 'next big idea''