Flu: IT firms panic; economy may be hit 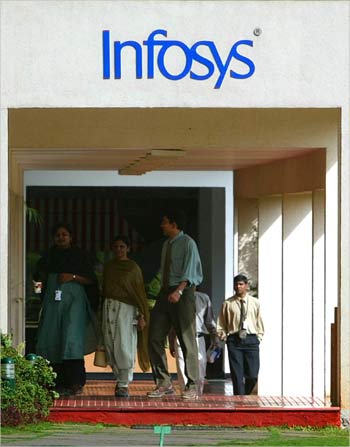 With the swine flu scare gripping the world, especially India, experts are trying to figure out the economic impact that a widespread swine flu epidemic might have on the economy and the markets.

Although the economic impact of swine flu globally has so far been mild, there is a fear that if the disease spreads more, growth could be crippled.

With a spurt in cases of swine flu (H1N1), information technology companies have advised their employees not to travel to flu-hit areas, besides, reducing travel to Pune, the city worst hit by the flu.

IT bellwether Infosys, which has 20,000 strong workforce at the Pune development centre said the IT firm has reduced all inbound and outbound travel to their Pune centre and have limited it to essential business travel.

An Infosys spokesperson said, "We are continuing efforts to educate our employees, monitoring health bulletins and taking necessary precautions. We are closely monitoring the situation and are in constant touch with public authorities to ensure the safety of our employees and continuity of operations."

IT and BPO major Cognizant, which has over 7,500 employees in Pune, has issued an advisory to their associates asking them to undertake only essential travel and defer all other types of travel to locations worldwide affected by swine flu.

In the face of the pandemic, IT industry body Nasscom has also postponed its engineering services outsourcing summit scheduled to be held in Pune on August 19 to November 18.

After Bangalore, Pune is considered the IT and manufacturing hub of the country. Most of the technology firms have a considerable presence in Pune, which is worst affected by the deadly virus. 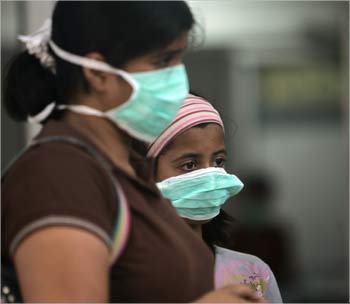 A recent study says that the rate at which swine flu (officially called H1N1) is spreading across the world, chances are that 30 per cent of the population might get infected. In India, that would mean more than 30 crore (300 million) people being affected!

Another World Bank study says that even if the epidemic is mild, then GDP growth could be hit to the extent of 0.6% to 1.5%. Thus, the worries over swine flu have the potential of depressing the markets and could lead to global investors keeping off India.

Meanwhile, the World Health Organisation has raised its pandemic alert to the highest level of six, formally declaring that the widely spreading A/H1N1 influenza has developed into a global pandemic.

As many as 168 countries have reported at least one laboratory confirmed case of swine flu.

India to be hurt

The world has yet to emerge from the extended recession that has led to millions losing their jobs and trillions in investor wealth being wiped out. India, which was relatively insulated from global recession, also has a drought to worry about which will retard its rate of growth further. And, now, if swine flu spreads far and wide, that would only add to the nation's woes. 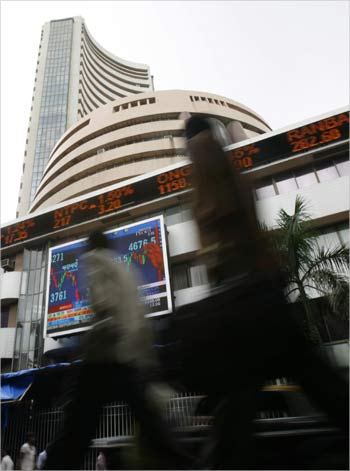 India could be affected on many other counts too:

Markets: Indian markets have yet to press the panic button yet over swine flu, but there might be some impact like there was at the time of the SARS (Severe Acute Respiratory Syndrome) outbreak in Asia. Some investors are already drawing parallels between swine flu and SARS.

High treatment cost: Healthcare costs are likely to soar if the epidemic spreads further in India.

Demand to be hit: With people keeping away from crowded areas (like shopping malls, retailers, theatres, restaurants), demand for various goods, especially 'non-essential' goods, is likely to drop. With consumption levels declining, the economy will be badly affected.

Absenteeism: As more people get infected, there is a strong likelihood of absenteeism rising at workplaces, leading to loss of man-hours and slippage in productivity. Impact on travel and tourism

Many travel and tourism companies are experiencing a loss of business as people postpone their non-essential travel plans. Many tours to infected nations have been cancelled. Although no particular advisories have been sent out by other nations against travel to India, if the epidemic spreads, then tour operators believe that the tourism sector will be badly hurt.

As the peak tourist season nears, people from abroad in large numbers are reported to be cancelling visits to India on account of swine flu, while hotels, worried about a prospective drop in occupancy, are taking steps to sanitise their premises.

"We have seen a cancellation of 10-15 per cent in the inbound tourists segment. Besides, in the short term, domestic tourism will be affected in states like Maharashtra where incidents of flu have been reported," Travel Agents Association of India (TAAI) president Rajji Rai told PTI.

He said that leisure tourism is likely to be affected more, while business travel is likely to remain normal. "However, we have not seen any cancellations in outbound travel from Indian tourists. And nor have we received any advisory from the government or the ministries," Rai said. 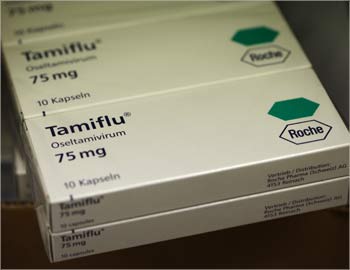 Hotel chains are geared up to deal with any situation, although occupancy rates have not seen a decline so far. "We have taken precautionary measures and have doctors on call. We are taking precautions for our staff and for our guests . . .  we are also keeping a watch on our guests to check for any such symptoms," a spokesperson of The Lalit Hotels said.

The hotel group has seen no cancellation in room bookings.

Fears: Apart from the fear of contracting the disease, the other apprehension among people is that of the H1N1 virus mutating into a more resistant strain that might not respond to Roche's Tamiflu (oseltamivir) or GlaxoSmithKline's Relenza (zanamivir).

GDP: India's gross domestic product could be hurt due to the above factors. 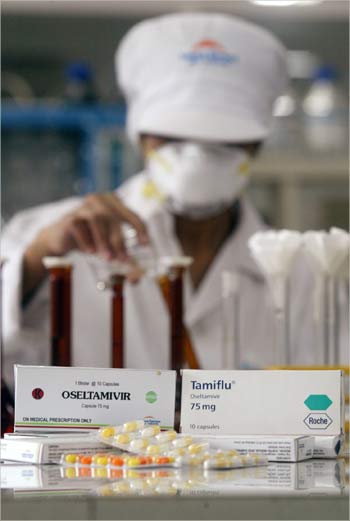 Yet, there is an opportunity in every calamity and analysts see the Indian pharmaceutical sector shining amidst the swine flu gloom.

Analysts say that they are positive on the Indian pharmaceutical sector and believe it might outperform the broader market.

Indian pharmaceutical sector has showed strong performance in the past few quarters with revenues up by an average of 25 per cent and profit by 15 per cent.

A research report from ULJK Securities says: 'We believe that with the world now focussing on reduction in healthcare expenditure and accepting more and more generic products, the Indian drug companies stand on high opportunity to increase their share in the world pharmaceutical market.'

Inclusion of Cipla's generic oseltamivir in WHO's prequalification list of medicines is likely to boost the sale of the drug at a time when countries across the world are increasingly stockpiling Tamiflu pills. Cipla has a capacity of supplying 1.5 million doses a month. 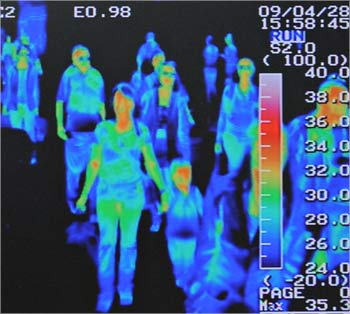 Meanwhile, IDBI Fortis Life Insurance said it will clear the claims of next of kin if any policyholder died of swine flu, despite the disease not being listed as one of those for which such a payment can be made.

"Insurance will be given in the case of death due to the H1N1 virus even though the disease has not been mentioned at the time of buying the policy," IDBI Fortis Life Insurance managing director and chief executive officer G V Nageswara Rao said.

The company has listed 17 diseases for which policyholders can claim insurance and swine flu is not on the list, he said. Despite this, the company will pay if any policyholder died of swine flu.

However, the disease will continue to be out of the firm's policies, Rao said.