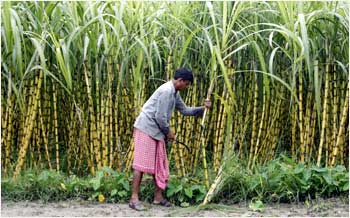 Tuli Sinha, a research officer at the Institute of Peace and Conflict Studies, assesses the India-ASEAN Free Trade Agreement and its implications for India.

This accord also marks the success of India's Look East Policy on a much broader level as ASEAN is a major trading partner for India and accounts for about 10% of its global trade.

The pact, India's first with a trade bloc, covers 11 countries with a combined Gross Domestic Product (GDP) of over $2 trillion. This even calls for gradual elimination of duties on items which account for 75 per cent of the trade between India and ASEAN. These include electronics, textile, machine, and chemical goods.

In addition, Indian manufacturers will now also be able to source products from overseas at competitive prices from the ASEAN members.

India has decided to open the floodgates for cheap imports 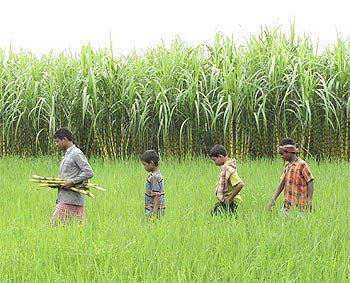 A relative assessment divulges that the concord is as crucial for India as it is for ASEAN, especially when global trade continues to shrink and a new multilateral global trade pact under the Doha Round of talks is obscure and exports to the West from both the regions have diminished.

ASEAN is already one of the world's largest trade blocs, and an FTA with India will hopefully expand the market further.

From the Indian viewpoint, the FTA would open up the $1.1 trillion ASEAN market for its exporters, reducing their dependence on the West. Therefore, it is expected that this FTA will escalate the overall trade turnover between India and the 10-country bloc by over a fourth to as much as $50 billion.

As prescribed by the agreement, tariffs on most of the trade between India and ASEAN will be cancelled by 2016, while duties on 489 'very sensitive' products will be retained.

Trade between India and ASEAN has grown at a compounded annual growth rate of 27 per cent since 2000 which will definitely render impetus to the bilateral trade and investment linkages.

Yet, doubt envelopes every Indian mind as to whether this FTA will result in more trade in reality or not?

After the uproar over the India-Pakistan joint statement, the government is now drawing flak from both members of the Congress and Opposition over the FTA, remonstrating several grey shades of this FTA for India, in particular.

First, while the government is highlighting the virtues of India's negative list, it is absolutely silent on the list of sensitive and highly sensitive items of ASEAN.

Although this list has not been put in the public domain, ASEAN has maintained that for India it will be the same as what exists under its FTA with China. The cumulative 'sensitive' and 'highly sensitive' list of the 10 ASEAN member countries has 2,200 items -- more than four times the number of items in India's list.

Thus, it appears that India has received the worse part of this deal. While ASEAN will continue to safeguard its markets, India has decided to open the floodgates for cheap imports.

India emerges as the loser from the agreement 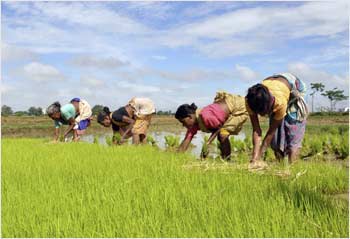 The complex Rules of Origin (ROO), certification requirements and paperwork are so cumbersome that importers prefer to pay the duty and expedite clearances rather than opt for duty concessions.

India has historically been unable to muster strong negotiating teams in trade discussions, and this has been made worse by routine disregard for the negative impacts on some communities from trade deals.

Though India has a negligible stake of one per cent in ASEAN trade, the overall trade with the bloc has expanded from $7 billion in 2001 to $39 billion in 2007. This dramatic increase in trade is one argument being routinely put forward in favour of the FTA.

However, if one examines the figures closely, it is clear that India is emerging as the loser from the agreement, because imports into India far exceed the exports to ASEAN countries.

This imbalance, known in economic parlance as a trade deficit, has spiked from $3.5 billion to $14.5 billion during the same period, and now accounts for roughly 15 per cent of India's total trade deficit.

To bridge this rising trade deficit, one of two things must happen -- either a lot fewer goods must be imported into India (and this can be achieved by placing higher tariffs on such imports), or exports from India into ASEAN should triple. Neither of these is likely, however, and the reasons are not difficult to figure out.

India's average applied tariffs in agriculture and non-agriculture during 2007 (34 and 12 per cent respectively) are higher than ASEAN tariffs (12 and 7 per cent respectively). Conventional wisdom would suggest that in such a scenario, India's exports to ASEAN ought to rise, and correspondingly its imports from those nations to shrink. But this did not happen.

Despite the advantage in tariffs, India has been unable to match imports from ASEAN countries with its exports. With the FTA just signed, import tariffs on around 4,000 items will fall to zero, creating an even greater impetus for ASEAN exports to India. For the foreseeable future, we must expect the trade deficit to further widen.

The agreement is a nightmare for states like Kerala 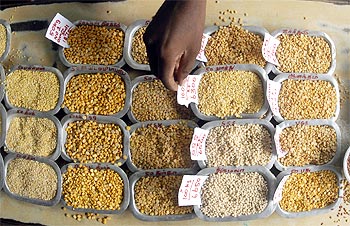 The India-ASEAN FTA, that proposes to drastically reduce or remove import duties on over 4,000 items of mutual trade, encountered serious opposition from the Left parties in India over issues that are devastating to a battalion of Indian farmers.

The agreement for duty reduction covers pepper, coffee, tea, rubber, palm oil, and cashew. This agreement comes as a nightmare for states like Kerala at a time when the nation is facing an agrarian crisis, especially people involved in fishing, fish vending, and processing.

Particularly in the case of fisheries, in recent years fish stocks have depleted mainly due to over fishing by trawlers and foreign vessels and prices have crashed due to imports of cheaper varieties forcing many to give up the profession.

Any further liberalisation of fisheries to increase trade will deepen the problems of the fishing community. From ASEAN, the biggest threats of imports will come from Thailand (the world's largest exporter of farmed shrimp) and Vietnam (the world's eighth largest seafood exporter).

Moreover, if the FTA allows Thai fishing vessels to access Indian marine waters in the future, it would only intensify over fishing and the damage to fishery stocks, especially given the lack of prudent national fishing regulations and policies in the country.

The FTA is tilted towards ASEAN 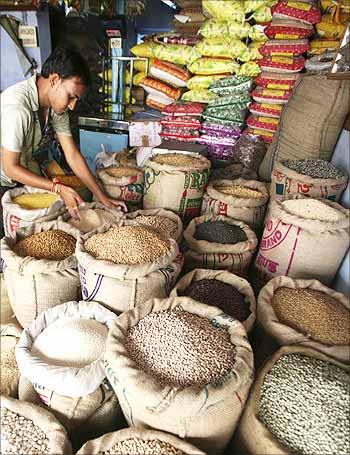 Apprehensions regarding agricultural items like coconut, spices, wheat, maize, rice, processed food, and rubber which are in the 288-item negative list which remains outside the purview of the pact is also a matter of great concern despite India's highly sensitive list for crude palm oil, refined palm oil, black tea, pepper, and coffee.

India has thrown open its markets when most countries are taking measures to protect their own economies amid global recession, making a meek surrender before developed countries in WTO negotiations by indicating its willingness to complete the Doha Round.

To conclude, one can actually think of a feasible reason for the government being eager to close this deal would be the anticipatory gains for India in the services sector, for which negotiations with ASEAN are yet to begin.

India is among the top ten services exporting nations globally, while ASEAN is a major importer. At $150 billion, ASEAN's imports in this sector are almost half as large as that of the USA.

Further, on a convincing note, it has been ascertained that the agreement provides for safeguard mechanisms to protect bilateral trade in case of a sudden surge in imports in future where measures like imposition of safeguard duties may be put in place for up to four years. On a bilateral basis, India's trade with Thailand alone may step up to around $10 billion by the end of 2010 from $6 billion currently.

Moreover, in addition to the prevised advantages, the domestic industry bodies hope that this FTA will open up the market for exporters and will eventually cover services and investment too.

Indian professionals and service providers will have greater market access in the ASEAN region once the FTA in services is in force.

However, it is quite early to predict the success of the agreement as the balance of merchandise trade between the two regions remains tilted towards ASEAN, which can be compensated only when services and investments are incorporated into the treaty.