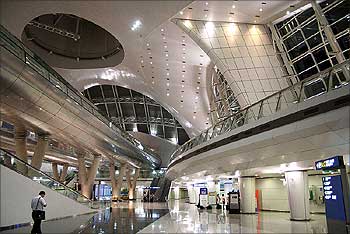 The Incheon International Airport in Seoul, S Korea has been voted as the world's best airport in 2009 according to the latest passenger satisfaction rankings conducted by Skytrax.

The World Airport Awards are based on the responses from 8.6 million airline passengers in 2008-09, covering more than 190 airports worldwide. The survey evaluates travellers' experiences across 39 different airport service and product factors.

Check out the world's top 10 airports...

The Incheon International Airport has also been ranked as Asia's best airport. It is the world's No.1 in terms of security processing and terminal cleanliness.

One of the busiest airports in the world, the Incheon Airport has plans to build an 'air city', with apartments, shops, recreational facilities and businesses. The 'air city' and the airport terminal will be connected by a new magnetic levitation train system. The air city project is likely to be completed in 2020.

Built with an investment of $5 billion, the airport became operational in March 2001. 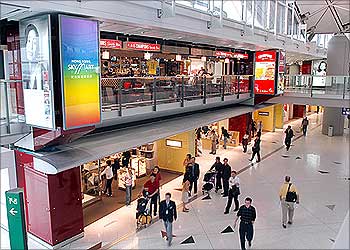 
Hong Kong's reign as the world's best airport has come to an end. Ranked second, it is voted for being the world's easiest international transit and offers the best airport dining experience. In 2008, more than 48.6 million passengers used the airport.

Opened in July 1998, 85 airlines operate flights to around 150 destinations worldwide. HKIA also operates one of the world's largest passenger terminal buildings. The airport designed to offer maximum convenience to passengers. Moving walkways and the automated people mover allow easy movement throughout the building.

The airport has a people mover system to ferry people from the check-in area to the gates. The service is free for all passengers and crew. Besides this, airport offers great facilities for entertainment, dining and shopping. 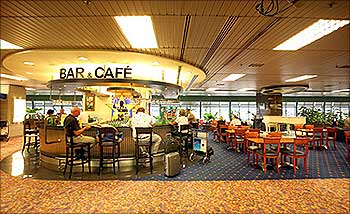 
Changi International Airport has been ranked as the world's third best airport. It also has the world's best leisure amenities. With 80 airlines serving more than 180 cities in over 50 countries, Changi Airport has established itself as a major aviation hub in the Asia Pacific region.

Besides, this it offers avenues for relaxation, entertainment shopping and automated people mover system. It started operations in July 1981. 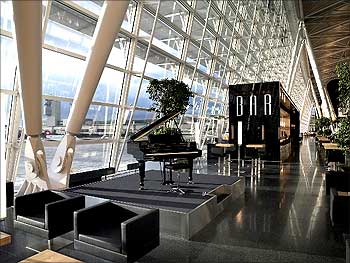 
Voted as the best airport in Europe, Zurich Airport ranks 4th worldwide. The airport has an automated underground train to move passengers between the existing terminal complex and the new terminal.

The airport has banks, a post office and wireless Internet hotspots at several locations throughout the terminal. The airport also has restaurants, coffee shops, and duty-free shopping. Zurich Airport has the second biggest shopping centre in Switzerland.

It also has a medical and dental centre, pharmacies, prayer rooms and nurseries. Zurich Airport handled 22.1 million passengers in 2008. 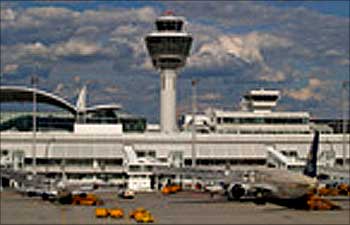 
Munich has maintained the 5th rank this year. It was named the 2nd best airport in Europe.

Munich Airport is the second busiest airport in Germany in terms of passenger traffic (34.73 million in 2008) after Frankfurt International Airport. The airport started operations on 17 May 1992. 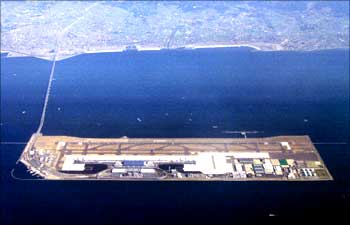 Kansai International Airport was ranked at the 6th position last year as well. Kansai has the world's cleanest airport washrooms.

Kansai is Japan's second most important international airport. Located on a man made island about 50 km south of Osaka, Kansai Airport was opened in 1994.

Kuala Lumpur International Airport has slipped from from 4th to 7th in 2009. It offers the world's best immigration service. KLIA now has more than 50 airlines, offering connectivity to more than 90 destinations worldwide. The airport celebrated its 11th anniversary on June 30 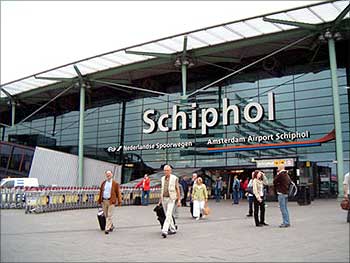 Also known as Schiphol Airport, Amsterdam International airport is ranked as the world's 8th best airport. The airport opened on 16 September 1916 as a small military airbase.

Over the years it expanded its facilities. It now ranks as the world's 3rd largest in terms of international passenger traffic and world's 14th busiest by overall passenger volume.

The airport has a large rooftop viewing area. Huge shopping areas are another attraction. The See Buy Fly shopping centre has been named the world's best airport shopping centre by 'The Business Traveller'. 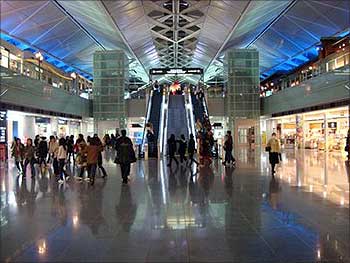 It is also known as Chubu Airport. Constructed on a man made island in the Bay of Ise, the airport was opened in February 2005.

Auckland International Airport Limited (Auckland Airport) was established in 1988. Today, over 70 per cent of visitors enter or leave New Zealand via Auckland Airport, which handles over 13 million passengers a year.

More than 30 international airlines fly to Auckland Airport. The airport hopes to see 24 million passengers a year by 2025.