It might be a good time to buy a home now 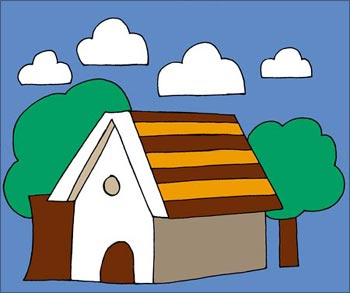 Everyone dreams of owning a home, a place which is your own and where you can be yourself. Are you wondering whether this is the right time to buy your home? We get you some answers on this here. Read on to find out more.

There are mixed views regarding the real estate sector. While some reports indicate an increase in volumes and prices, some indicate a situation where the supply has far outstripped the demand. As per a leading business daily, nearly 40 per cent of the affordable housing projects are left unsold.

FY09 proved to be a tough one for real estate sector with conditions not being conducive for both buyers and sellers. Lower demand due to slowdown in the economy and deferment of purchase plans by customers led to pricing pressures.

Prices had declined in the range of 30 to 50 per cent during FY09. This coupled with higher interest rates and lower disbursement of loans by banks due to rising delinquencies further increased the problems. As we all know, the real estate sector is sensitive to movements in interest rates. The demand is higher when the interest rates are lower as the EMIs will be lower and vice-versa. 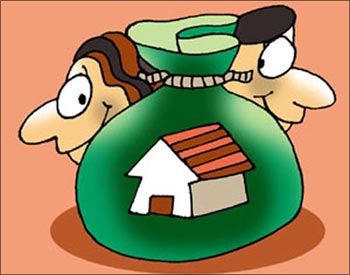 An upside cycle, but not really at the crest itself. Until recently, the market observers felt that the sector was a sinking ship but thanks to the support by the Reserve Bank of India, the housing sector in India is experiencing an increase in demand (though not at its peak), as seen in the last couple of quarters.

In fact, the State Bank of India, the largest player in the Indian banking space, has decided to extend its 8 per cent home loan scheme till March 31, 2010, just a day before it was due to expire.

Other players in the space, particularly public sector players have followed suit with their own share of attractive loan schemes. Even private banks are focusing on the housing loan space due to low credit off take by corporates.

The developer is also targeting the housing sector with strong focus on affordable segment as well as a gradual shift to ensure delivery and promotion of previously launched projects at more attractive prices.

According to some developers, the buyers are back! The disbursal of home loans for new registrations has seen a 20 per cent surge this quarter against the previous quarter. According to an IIFL report, in Mumbai, prices are up 25-40 per cent from the bottom in early 2009, while in NCR, the corresponding figure is 15-20 per cent.

As far as the pricing of property is concerned, sellers (builders) have a key role to play here. During the downturn, property rates fell to the tune of 30-50 per cent depending on the area on account of twin factors- fall in demand and need for cash by builders. With the balance sheet of real estate companies becoming stronger on account of restructuring, and money increasingly becoming available through QIPs and even bank loans, builders will resist fall in property rates.

In fact, in several areas, rates are inching upwards. For example, in Mumbai, vacancy levels have fallen to about 12 per cent from 14 per cent in second quarter of CY09, even though supply has shown a spurt. This has reduced the overall available stock in the city. The rentals have become stable. If demand continues, then we expect rentals to strengthen going forward. 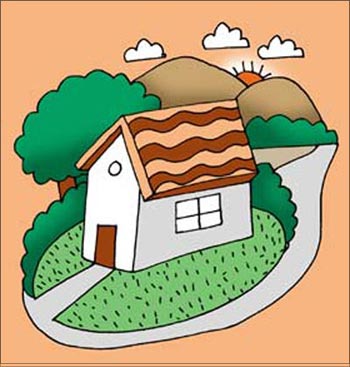 India's GDP grew by an impressive 7.9 per cent in the September quarter, the fastest in the last one-and-a-half years. The economic activities like construction (6.5 per cent YoY), real estate and business services (each 7.7 per cent YoY) also reported strong growth numbers during the second quarter of FY10. This gives an indication of some pick up happening in across sectors.

Though the demand from commercial space still is cautious, the rentals of retail space have stabilised in most of the country. As per Cushman & Wakefield retail report, mall vacancy has shown a marginal increase from 17.3 per cent in the second quarter (April to June) to 17.5 per cent in the third quarter (July to September).

On the interest rate: With recession woes looking to end and strong growth witnessed across sectors, the chances of the RBI raising interest rates in the future are higher. Further, with higher liquidity and poor monsoons, inflation concerns are evident. Though in the dawn of abrand new year, with the economy brightening up, the interest rates could only go up from here. 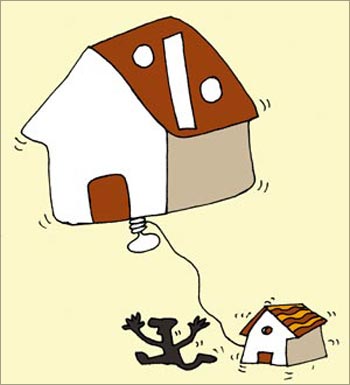 What should one do?

While this may sound as an apt opportunity for buyers to capitalise on the prevailing low rates of interest by striking a deal, several considerations need to be made with regards to money. Being a long-term investment, one must definitely check if he/she can afford the long term loan repayments.

Also, consideration to a stable job, provision for contingencies and personal finances should be looked into before buying the dream house.

So if one has the fund resources to tap into and feel they can avail the attractive interest rates at this point in time, then by all means they should go for their dream home now, putting it off for later could mean parting with more money.

BankBazaar.com is an online marketplace where you can instantly get loan rate quotes, compare and apply online for your personal loan, home loan and credit card needs from India's leading banks and NBFCs.
Copyright 2022 www.BankBazaar.com. All rights reserved.
Print this
article
ALSO
READ
MOST
RECENT