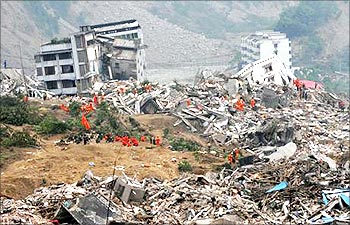 Poorer developing countries are often hit much harder. These results underscore the vulnerability of poor countries to climatic risks, despite the fact that the absolute monetary damages are much higher in richer countries. Myanmar, Yemen and Vietnam were most severely affected in the year 2008.

The Climate Risk Index ranks nations that have been worst affected by climate change and are most vulnerable to global warming on the basis of a CRI score. The lower the score on the index, the higher the risk to that country. 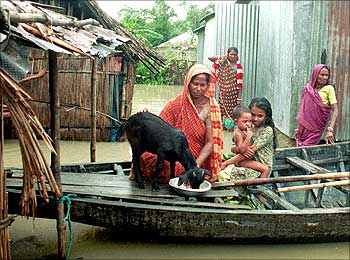 
In all, 654 events were registered worldwide in 2008, which caused around 93,700 deaths and economic losses of more than $123 billion. Only around a third had been insured, primarily in developed countries.

The fact that no further peak catastrophe has happened in Bangladesh, like in 1991 when 140,000 people died, is partial proof that it is possible to better prepare for climate risks and prevent larger-scale disasters.

Results (annual averages) in specific indicators: Number of deaths, sum of losses in US$ in purchasing power parity (PPP) and losses per unit of Gross Domestic Product (GDP). 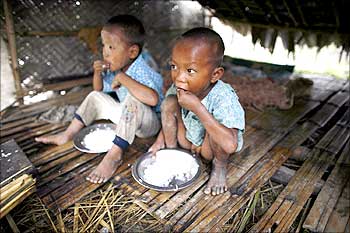 Image: Children who lost their homes in the aftermath of Cyclone Nargis.

In Myanmar, more than 95 per cent of the damages and fatalities occurred in 2008 because of cyclone Nargis. Cyclone Nargis killed as many as 100,000 people. One million people were rendered homeless. Many towns and villages were been washed away. 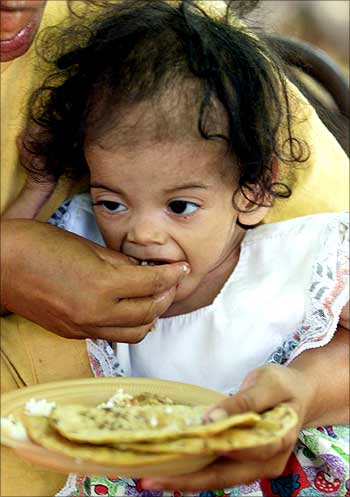 Honduras has been hit by severe tropical storms and hurricanes over the years. Hurricane Mitch, which hit the country in 1998 changed the landscape of Honduras. In 2008, abut 200,000 people were affected by severe flooding caused by heavy rains, and 20,000 people have been forced to flee their homes. 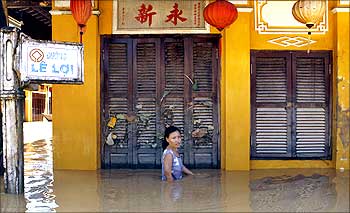 Over the last decade, the frequency and severity of droughts and floods have intensified, increasing their impact on living conditions. Many people have been affected by cyclones and hailstorms. 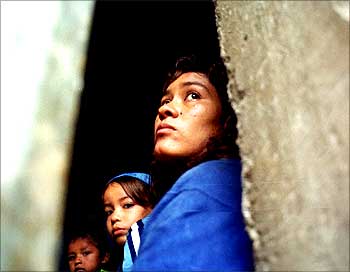 Image: Linda Castellon, 30, waits with her daughters to be evacuated after heavy rains in Managua.
Photographs: Oswaldo Rivas/Reuters
5. Nicaragua

Nicaragua has been often hit by earthquakes, hurricanes, floods and volcano eruptions. 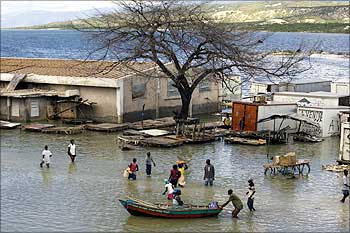 Image: Haitians make their way in a flooded road on the border between Haiti and Dominican Republic.
Photographs: Eduardo Munoz/Reuters
6. Haiti 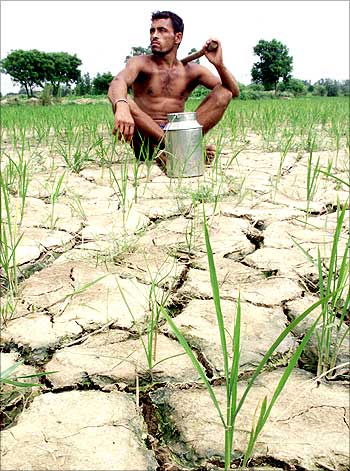 Image: A drought-hit farmer sits in his paddy field on the outskirts of Ambala, Haryana.
Photographs: Dipak Kumar/Reuters

Floods are the most common natural disaster in India.China, India, Bangladesh and the Philippines belong to those countries that are most often hit by extremes which, of course, is partially due to their large size and/or specific exposure to extreme weather events, the study states. 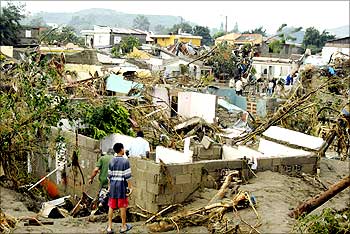 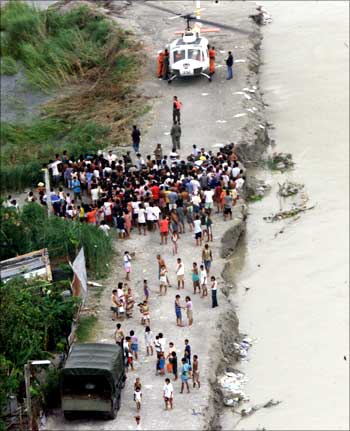 
A disaster-prone country, the Philippines is recurrently hit by natural disasters: typhoons, earthquakes. The Philippines faces on average 20 typhoons each year. 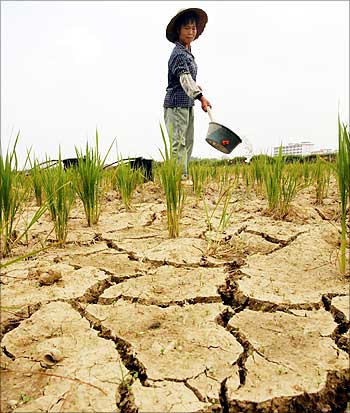 Image: A Chinese farmer waters dry fields on the outskirts of Guangzhou in China.
Photographs: Reuters

China had been hit badly hit by Typhoon Hagupit in 2008. About 70,000 people were killed and 18,000 people were reported missing after a 7.9-magnitude earthquake struck Sichuan, China in 2008.