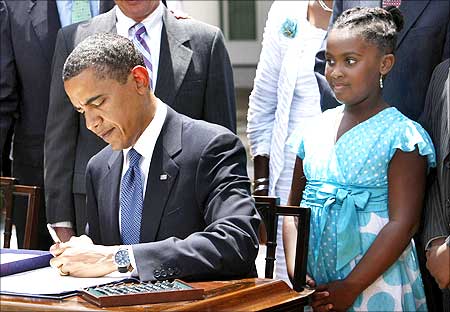 US President Barack Obama has signed a historic bill that gives the government powers to curb advertising and promotion of tobacco products.

Working hard to kick the habit that he picked up as a teenager, Obama said 1,000 people under the age of 18 become regular smokers every day, exposing themselves to major health problems.

He blamed the tobacco industry for luring youngsters get into this choking habit.The law will grant the US Food and Drug Administration (USFDA) powers to regulate the manufacturing, marketing and sale of tobacco products.

Despite high taxes and regulations in place against cigarette manufacturers, companies continue to reap profits. . .

So what is the Tobacco Bill in the US all about and how will it affect the industry? Read on... 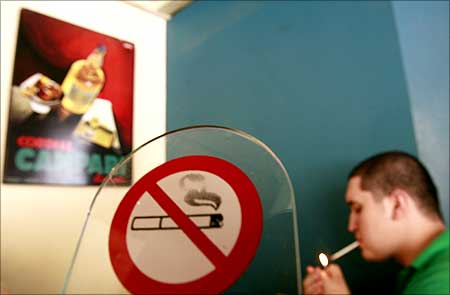 The bill, called the Family Smoking Prevention and Tobacco Control Act, will ban advertising that aims to attract youngsters with tags like 'low tar' and 'light'.

Obama has slammed tobacco companies for constantly advertising in localities where teenagers live. The new law also bans candy-flavoured cigarettes and the use of other flavours to attract teenagers.

The tobacco companies will have to disclose the contents of tobacco products and put graphic warning labels on packages.

It would also have to ban the use of misleading claims that low tar cigarettes have lesser health risks.

The World Health Organization (WHO) warned that 1 billion people worldwide could die of tobacco-related this century unless immediate action is not taken.The WHO's Framework Convention on Tobacco Control states that warning pictures, like throat cancer and rotting teeth, should be printed on cigarette packets to highlight the health risks of smoking. 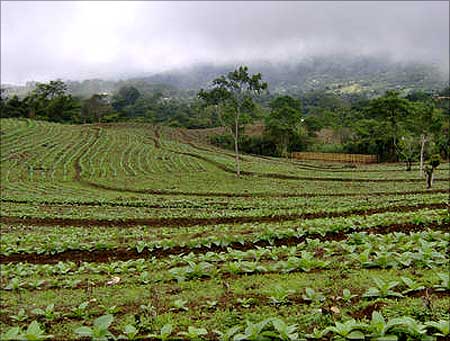 How big is the tobacco industry? How is it growing?

China is the world's leading producer, followed by United States, India, Brazil, Turkey, Zimbabwe and Malawi. Today, tobacco is grown in more than 100 countries. Over 80 per cent of world's tobacco is used for cigarettes.

The tobacco market has been growing despite the taxation and regulatory measures in place. By 2013, the tobacco market is forecast to have a value of $138 billion, with a CAGR of 10 per cent over the 2008-2013 period.

The US market is represented by four companies known as Big Tobacco. They are Altria which owns Philip Morris with famous brands like Marlboro, Parliament and Virginia Slims. Reynolds American Inc, Lorillard Inc and Vector Group's Liggett are the other big manufacturers.

The Philips Morris group has a market share of over 51 per cent in the US. Altria is also among the top campaign contributors in the industry.


Obama's anti-tobacco bill, and its impact 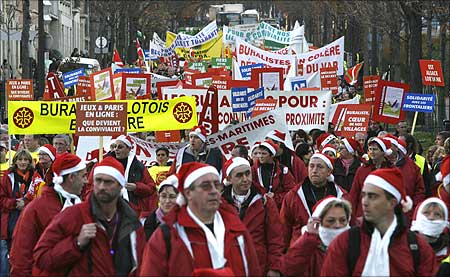 Interestingly, the tobacco industry has had a close nexus with the governments as it funded many of the campaigns.

In the US, senators who opposed the Tobacco Bill received huge donations from the cigarette companies.

The tobacco industry in the United States was on a high growth track till the mid-1990s. But a large number of litigations, which blamed the companies for understating the significance of their findings regarding cancer, resulting in illness and death of users started hitting sales.

So will the Tobacco Bill hit revenues drastically? 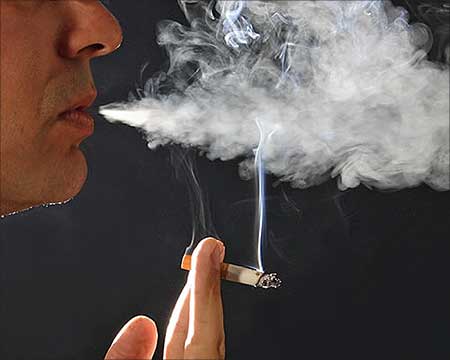 While some say that these restrictions will not affect sales, companies are in a tight spot. Philip Morris is the only company which has endorsed the legislation.

Small manufacturers believe this move will give an edge to Philip Morris, which already has a strong foothold in the industry.

However, companies would continue to focus on developing countries with a large segment of young population to promote their products.

Meanwhile, another beneficiary, the advertising industry will be hit by the move. The industry spends nearly $40 million every day marketing its products.

Now, outdoor tobacco advertising has been banned within 1000 feet of schools and playgrounds. In addition, tobacco companies will not be allowed to sponsor sporting or entertainment events.

How does the Indian tobacco industry face this issue? 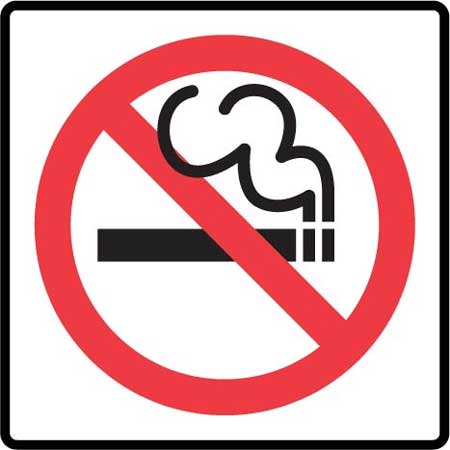 In India, tax measures became strict in 2007. The total taxes include 6 per cent in excise and an additional 12.5 per cent in VAT, forcing companies to hike the prices of cigarettes. But this has not hit the industry to a large extent.

The government has put restrictions like a total ban on advertising and promotion, a ban on smoking in public, in films, a ban on sale to minors.

Now, pictorial warnings on packets are also mandatory. The industry worries that this may impact sales.With 65 per cent of the population below the age of 35, there is a huge segment who can be potential customers in India.

Meanwhile, China, one of the largest producers of tobacco has also joined anti-smoking brigade...


Obama's anti-tobacco bill, and its impact 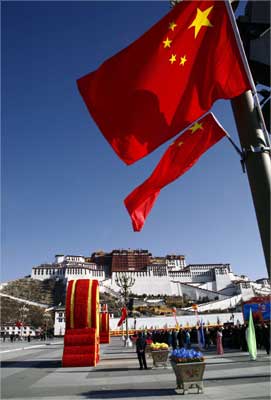 China is the leading tobacco exporter with market revenues of $54.9 billion in 2007.

China has now raised consumption tax on cigarettes by 6 to 11 percent, depending on different price categories.

After the tax hike, the price for one packet which costs 70 Yuan, or $10.25, will rise by about 10 Yuan.
China believes that hiking taxes is an effective way to curb tobacco consumption.