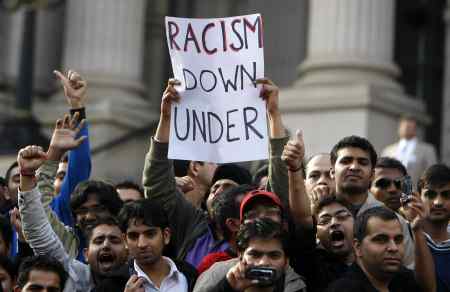 The protectionist measures in the West and attacks on Indian students in Australia is likely to negatively affect the Indians' overseas job dreams and the aspirants may prefer domestic offers, experts believe.

The anti-outsourcing pitch has been gaining momentum in the United States ever since the Barack Obama administration assumed office early this year and the government has been encouraging the companies there to hire local people.

Besides, the recent attacks on some Indian students, allegedly on racism grounds, in Australia is also said to be affecting the Indians' plans to go to the Asia-Pacific nation, which has been a favoured destination thus far. 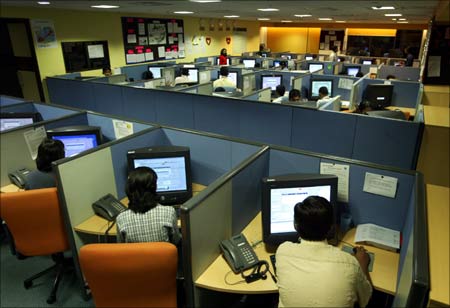 "There would be an impact on Indian people looking for jobs abroad but it would be short lived as the need for Indian talent and its attractiveness is established beyond doubt across the world," he said.

According to experts, India is one of the fastest growing economies of world and offers ample opportunities at competitive compensations. 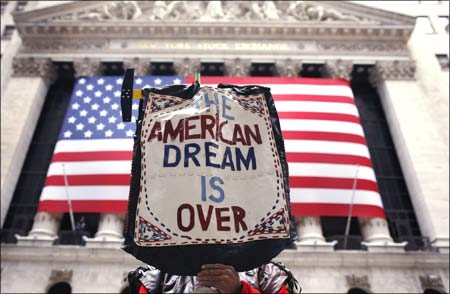 Image: A demonstrator holds a sign reading The American dream is over during a rally outside Wall Street in New York.
Photographs: Shannon Stapleton/Reuters

Goel noted that BPO industry in India has grown 'because of cost effectiveness and skills availability.'

"Obama's statement has definitely made BPO industry leaders to rethink their expansion plans but at the same time businesses run on competitiveness of quality and price, so hiring prospects will keep on growing, pace may be slower than expected."

The recent attacks on Indian students Down Under has left both students as well as overseas job seekers shaken and apprehensive. 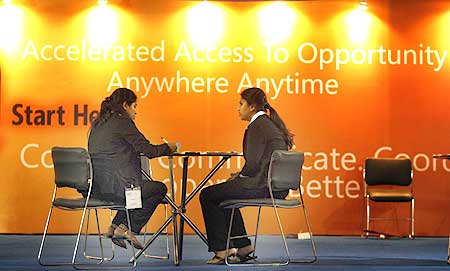 Image: Assistants at the Microsoft stall of an infotech expo in Mumbai.
Photographs: Arko Datta/Reuters

Coupled with this, US President Barack Obama's recent statement on the increased importance of Indian students and the growing concern that jobs are being offshored to places like 'Bangalore', have left the Indian community baffled.

While unveiling plans for tax reforms recently, Obama said that his country would 'stop letting American companies that create jobs overseas take deductions on their expenses when they do not pay any American taxes on their profits.'

Nearly 60 per cent of Indian IT-business process outsourcing industry caters to the US companies, according to latest figures. India's BPO industry employs over 17 lakh (1.7 million) professionals. 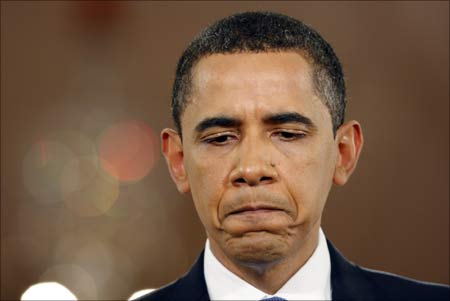 "We are advanced in technology and serving global market as back operation hub. Definitely, anti-outsourcing and racist attacks will encourage Indians to take up jobs in home country, which in turn will increase competitive edge for us," Goel said.

At a recent meeting, Obama urged the nation to hone their skills and become more competitive.