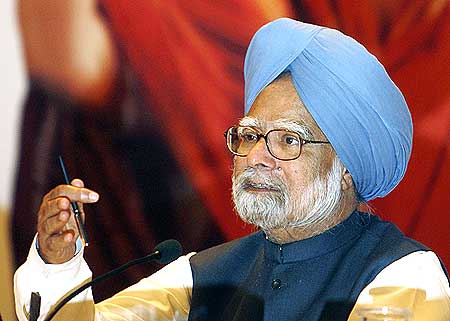 The Budget is awaited with great expectations as the country reels under the impact of a global recession. However, with a new, stable government at the helm of affairs, there is also a sense of optimism amongst the masses.

The finance minister will table the Budget in Parliament on July 6, while the Railway Budget will be presented on July 3.

With finance ministry officials working overtime to give final touches to the country's biggest fiscal exercise, here's a look at the key people who make the Budget.

A distinguished economist and the father of India's economic reforms, as prime minister Manmohan Singh will participate actively in the Budget-making process to make sure that the promise of the UPA to the electorate is fulfilled.

He has held talks with the finance minister, economists and senior officials to make sure that the Budget unveils the government's top initiatives. He will offer guidance to the officials in balancing political promises and economic considerations.

As the finance minister in 1991, it was Manmohan Singh who ushered in economic reforms in India. At a time when the country is reeling under a crisis, this Budget is expected to bring much-needed relief to boost the economy and set the country's growth record on track. 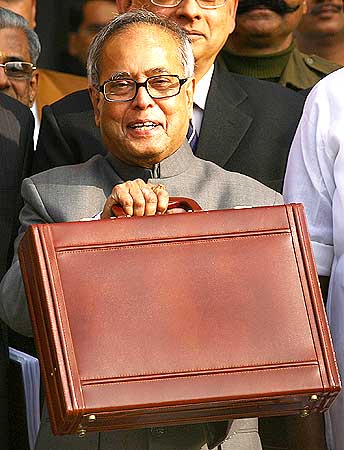 After presenting the interim Budget in February, Finance Minister Pranab Mukherjee is now set to present the full Budget. He aims to unleash policies that would revive India's growth to 9 per cent. "Growth and employment aren't possible without increased spending and borrowing," Mukherjee said recently.

He has hinted at sops to propel the economy. India's GDP growth now stands below 7 per cent and several industrial sectors are in deep crisis.

The finance minister faces the huge task of providing additional fiscal stimulus while containing the burgeoning fiscal deficit. Mukherjee has a tough job of maintaining growth and at the same time offering sops to see that industry does not suffer.

Ranked as one of the best five finance ministers of the world for the year 1984 by Euro Money, a New York journal, there are big expectations from United Progressive Alliance's first Budget in the second term. 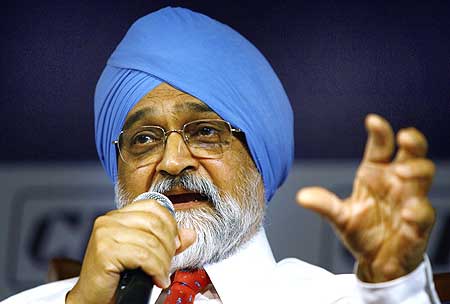 Montek Singh Ahluwalia has been reappointed as the Deputy Chairman of the Planning Commission.

He believes that India will see a growth of 8-9 per cent growth in the medium term. He is pitching for more stimulus, financial sector reforms and a boost in the infrastructure sector.

Ahluwalia was among the front runners for the post of the finance minister this time around. A key Manmohan Singh aide, Ahluwalia has also worked with the World Bank and the International Monetary Fund. 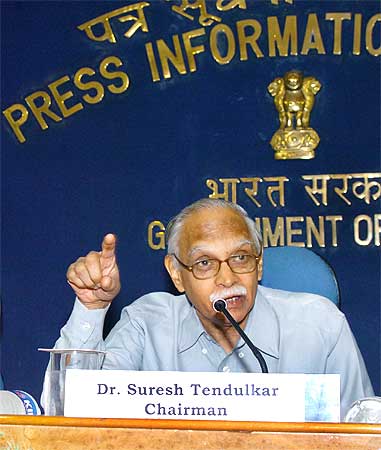 Optimistic about India's growth prospects, he recently said that industrial growth at 1.4 per cent in April has shown signs of recovery.

He said the Indian economy will grow by at least 6.7 per cent in this fiscal. According to him, the government should raise resources from divestment and sale of 3G spectrum to limit the rising fiscal deficit. He said the prospect for divestment of PSUs is good. The auction of 3G spectrum is expected to yield Rs 25,000 crore (Rs 250 billion) to Rs 40,000 crore (Rs 400 billion).

He wants the government to look at productive sectors in order to boost growth.

A part-time member of the EAC since 2005, Tendulkar has also been on the Reserve Bank of India's central board of directors. The EAC plays a key role in the Budget-making process. It offers an insight into the economic outlook and reviews balance of payments, fiscal deficit, inflation and finances of state governments.

Tendulkar has a PhD from Harvard University. He was former Director of the Delhi School of Economics. The Finance Secretary plays a very important role in the Budget. He has to chalk out the Budget on based on the policies of the government after discussions with the finance minister and the prime minister.

According to Ashok Chawla, the finance secretary, the slowdown in growth has 'bottomed out' and expressed hopes on the sings of a recovery.

Chawla has noted that public sector banks have a scope for consolidation and he hopes the interest rates would come down.

Chawla is a Gujarat cadre IAS officer of the 1973 batch and has also worked as secretary in the ministry of civil aviation. 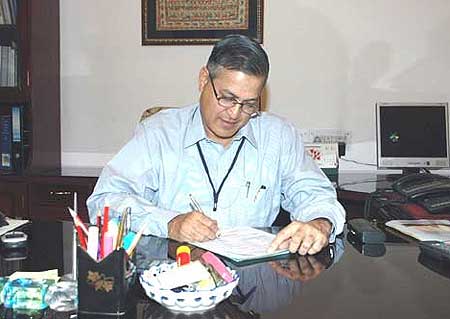 
The revenue team has been entrusted with the tough job of increasing the tax collection and the disinvestment of public sector units.

Bhide had earlier worked as director in the Department of Economic Affairs and was deputed to the World Bank during 1988-92 as Technical Advisor.

In the state government level, he has served in various capacities including finance secretary and energy secretary.

Two departments play a vital role in the garnering more revenues for the government:

The Central Board of Direct Taxes under the revenue department is headed by S S N Moorthy.  PC Jha is the chairman, Central Board of Excise & Customs. They will assist Bhide in taking some crucial decisions in the Budget. 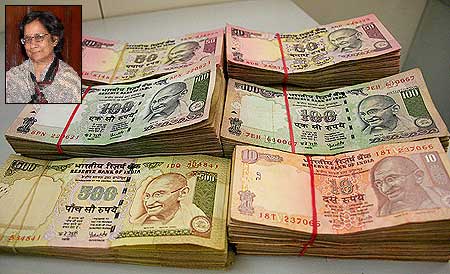 She is in charge of a major responsibility -- preparing the expenditure part of the Budget. This department is responsible for sanctioning funds to other ministries and government offices. 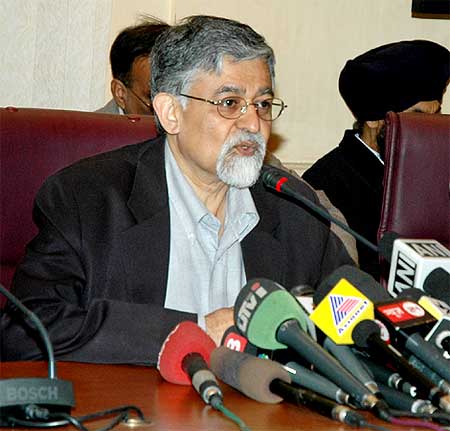 Arvind Virmani, Chief Economic Advisor in the finance ministry is busy preparing the Economic Survey, which will be tabled in the Parliament on July 2 ahead of the General Budget and the Railway Budget.

With the Left parties out of the government, Virmani hopes the government can move at a faster pace on reforms. Virmani was earlier Principal Advisor in Planning Commission. 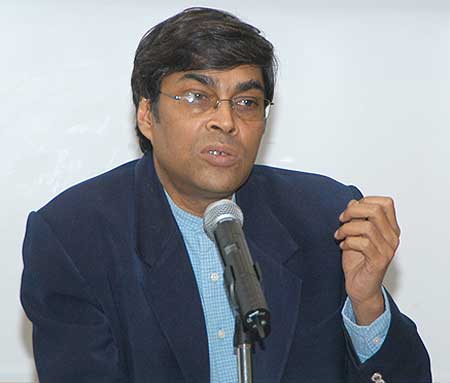 Shubhashis Gangopadhyay, Advisor to the FM

Advisor to the finance minister, Shubhashis Gangopadhyay is a renowned economist with a doctoral degree from Cornell University in the US. 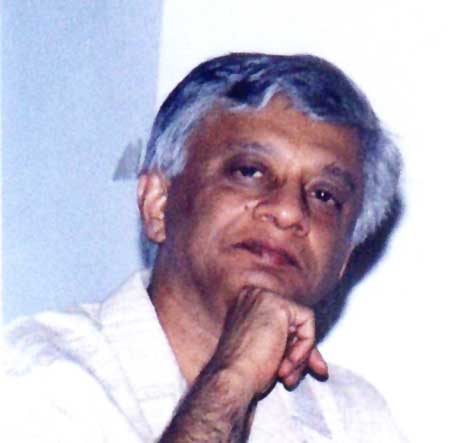 T K A Nair, Principal Secretary to the PM

Nair, a retired IAS officer of the Punjab cadre, was made the principal secretary to the Prime Minister in 2004.