What does Obama's tax proposal mean for India? 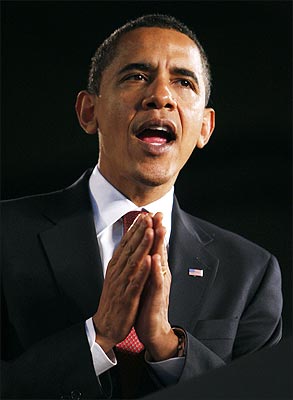 Eight days ago, when US President Barack Obama gave a seven-minute speech on the need to reform America's tax code, a full-scale panic immediately gripped India's IT sector.

Already sceptical of the new US president's alleged protectionist leanings, Indian business media agencies churned out headlines like 'Obama blasts Bangalore, favours Buffalo!' and 'Obama eager to tax outsourcing'. With their worst fears seemingly confirmed, many Indians found it easy to make the next leap in logic: Obama is anti-India.

But, as the dust settles around Obama's May 4 address, a more sober analysis of the situation reveals that perhaps America's youthful chief executive isn't so much anti-India as he is against overseas business loopholes and legal profit hiding.

So what exactly does all this mean for the over 2 million Indians whose livelihood depends on the IT service industry?

Rediff.com examines Mr Obama's proposal, and several of the assumptions it has spawned. 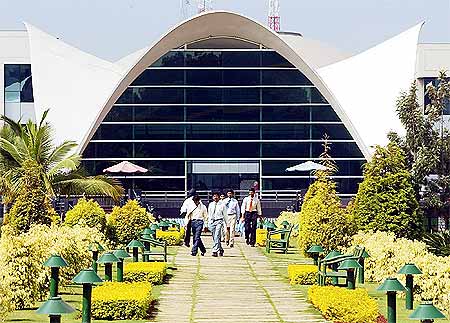 The statement that has everyone up in arms was Obama's referral to the current tax code as one that "says you should pay lower taxes if you create a job in Bangalore, India, than if you create one in Buffalo, New York." He also said, "The way to make sure [America stays competitive] is not to reward our companies for moving jobs off our shores or transferring profits to overseas tax havens."

But that's where Obama stopped, without clarifying. This ambiguity allows his words to be interpreted in many different ways. If you look back to his campaign, however, Obama's argument hasn't changed.

He says that America's current tax code offers incentive to American companies to invest money in overseas operations, rather than spend it at home. He believes this denies the US of both jobs and tax income.

Normally, US companies pay 35 per cent tax on income they generate from overseas operations. But if that money is reinvested in overseas operations, the tax on the original profit can be deferred. Taxes are only requisite when this overseas income is brought back to the US, through investment or dividends.

So how is this a loophole? 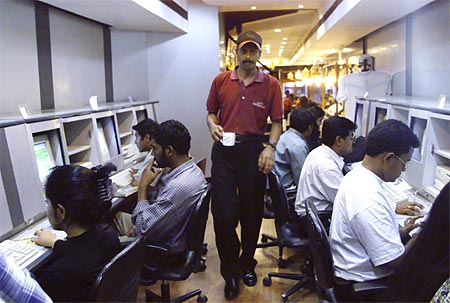 Image: Employees at an IT company in Bangalore
Photographs: Savita Kirloskar/Reuters

It all depends on your definition of a loophole.

Some call the option to reinvest in foreign operations an easy tax haven that companies use to hide profits. They say that US companies which earn profits overseas should pay taxes in the US. Bottom Line.

But, on the other hand, others say that healthy offshore investment is necessary for any company that hopes to become a major multinational, and that by closing this perceived 'loophole', MNCs would have less incentive to invest in their overseas operations.

Regardless, the US Treasury feels that the move would generate $60.1 billion (nearly Rs 3 trillion) in tax revenue between 2011, the proposed year of implementation, and 2019.

Image: Employees at an IT company in Bangalore.
Photograph: Savita Kirloskar/Reuters

Won't India's IT service industry will be badly affected? 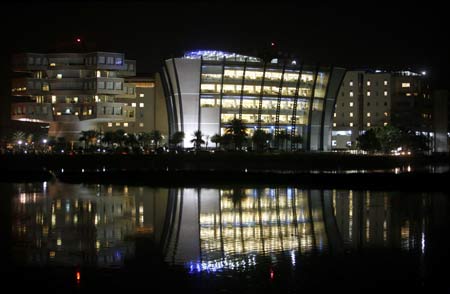 Let's be honest: Nowadays, when you hear Bangalore, you think of Business Process Outsourcing and Information Technology service.

So, when Obama chose Bangalore out of all possible cities in the world, naturally the BPO/IT sector responded with concern.

But now a near consensus says that Indian companies providing BPO/IT services -- such as Wipro -- to American companies will not be affected by the proposed tax code change, because those companies are working in India through a third party.

Of course, Obama didn't explicitly state that companies outsourcing their work to offshore, foreign companies wouldn't face additional taxes. But, at the moment, it's believed the President plans to leave this companies be.

Som Mittal, president of India's National Association of Software and Services Companies (NASSCOM), hoped to clear the confusion last week, when he told reporters that Obama's proposal 'has nothing to do with India.'

So who will be affected? 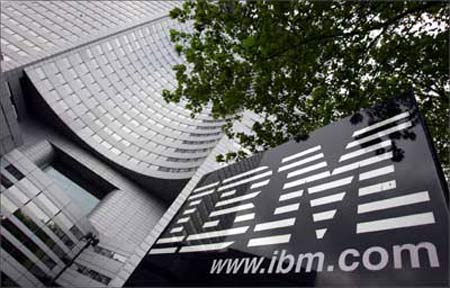 Image: IBM has over 70,000 employees in India
Photographs: Reuters

American companies with large captive centres in India include IBM (over 70,000 employees), Hewlett-Packard (60,000), Accenture Ltd (30,000) and Microsoft Corp (about 10,000). Other companies with significant Indian operations include General Electric and Proctor & Gamble.

These are the companies already grumbling about the proposed changes. In fact, they're busy drawing lines in the sand and preparing for a battle on Capitol Hill.

Which leads us to the last question. . .

Image: IBM has over 70,000 employees in India
Photograph: Reuters

Is this proposal a done deal? 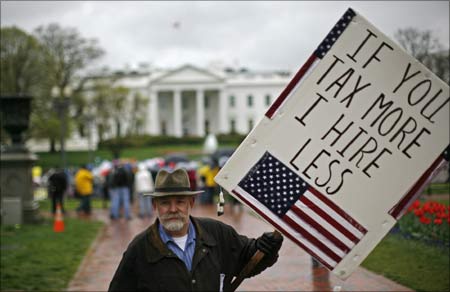 Image: A man participates in a rally as part of national Tax Day in Lafayette Park across from the White House in Washington
Photographs: Jim Young/Reuters

Only in Mr Obama's dreams. This is just a proposal, an element to a speech, to be pursued sometime in the future. At the moment, there's no bill or piece of legislation containing Obama's tax code reform.

For this to come into law, a lot of unlikely things would need to happen. Firstly, any significant change in US international tax policy would be coolly received by the rest of the world, as protectionist, populist and reactionary.

It seems unlikely that the world would sit by idly if this debate heats up seriously.

Secondly, US multinationals and their lobbyists are highly influential on Capitol Hill. No one will work harder than them to see this proposal die an early death (see AIG bonus legislation, which was created with much hoopla but died an inglorious death).

However, while historically the odds of bringing about dramatic change to international business laws have been remote, Obama has proven to be an effective generator of legislation thus far. In addition, he has an enabling Congress in his corner and an American populace still reeling from the economic depression. Any rhetoric that promises to keep jobs at home, no matter the cost, will likely be greeted favourably.

In the end, it's usually not best to bet against American Big Business. It wouldn't be a miracle if this proposal came to realisation, but it's certainly unlikely.

Image: A man participates in a rally as part of national Tax Day in Lafayette Park across from the White House in Washington.
Photograph: Jim Young/Reuters