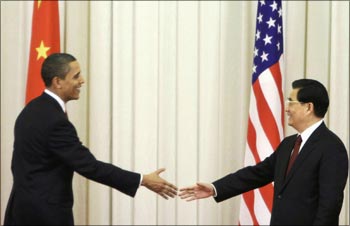 China and the United States are said to be on the verge of signing a landmark agreement to allow Chinese lenders to buy stakes into small and medium-sized American banks.

The agreement on allowing Chinese investment in US banks is part of the wide ranging issues that the two countries are working on, including climate change and international cooperation, reports said.

If the deal goes through, it will be a major shift in stance by Washington which has hitherto fought shy of allowing Chinese investment in US banks and America's financial sector, proffering reasons like 'lack of clarity on the extent and nature of state control'. 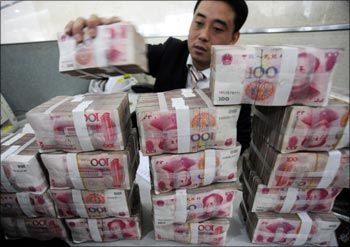 The global financial crisis has made the US administration revisit its view on not allowing Chinese investment into the American financial sector. About 120 small and medium-sized US banks closed this year, forcing America to seek outside investment to boost capital levels to keep more of its banks from going under.

Given the mountain of foreign currency assets that China lords over, the US seems willing to allow the Chinese to invest in American banks.

America for long has been wary of investments from state-controlled Chinese companies, especially in critical sectors like banking or energy. In 2005, the China National Offshore Oil Corp's $18.5 billion investment in the US oil company Unocal fell through as American lawmakers opposed the deal.

In a poll conducted by CNN showed that almost 70 per cent Americans see China as an economic threat and a source of unfair competition for US companies.

However, the current recession has changed all that. America now realizes that for its economy to come out of the crisis fully, foreign investment is badly required. The deal, if it goes though, will also help integrate the two giant economies further. 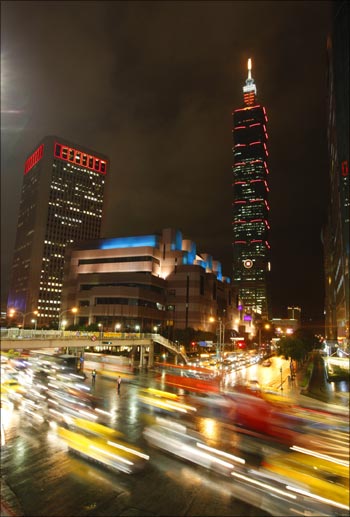 Image: A general view of the financial district in Taipei City. Taiwan has signed a financial service pact with China.
Photographs: Nicky Loh/Reuters

Even as the nitty gritty of the deal is being worked out, Chinese companies have already begun to buy into American businesses aggressively. Earlier this month, the CIC agreed to invest $2.15 billion in US power company AES.

Yet, the newspaper said, this might not yet be a done deal, as post-financial crisis Chinese investors are wary of Western banks.

Meanwhile, China and Taiwan on Monday signed a long-pending deal that allows both the countries access to each others' financial sectors. The deal allows Chinese and Taiwanese financial and insurance firms to operate on each other's territory.