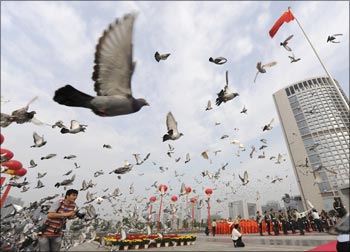 Image: Pigeons are released during a flag raising ceremony to mark the 60th anniversary of the founding of the People's Republic of China.
Photographs: Jianan Yu/Reuters Rediff Business Desk & Agencies

China is undeniably a global economic powerhouse. While the global financial crisis was a catastrophe for most economies, it was more an opportunity than a challenge for China.

The Asian gaint too was hit by the crisis and its GDP growth rate slipped, but China still was largely unaffected. Backed by its huge foreign exchange reserves, China first announced a massive stimulus plan to stir up its domestic economy and then began to focus on sealing deals that entailed natural resources -- oil and metals, primarily. The private sector in China also decided to make hay while the sun shone and went on a major worldwide buying spree.

Times were ugly. Companies, especially in the West, were finding it difficult to keep their head above the water: their business were drying up as customers vanished and with banks going belly up by the dozen, credit was impossible to get hold of.

These beleaguered companies were like beacons to the prowling Chinese. They began to buy huge stakes into firms abroad, beating the competition hollow.

To be fair, China did not begin its acquisition binge only during the recession: it has been on a buying spree for almost a decade now.

Meanwhile, in a major shift in stance the United States is keen to allow Chinese investment into small and medium US banks.

America was earlier wary of investments from state-controlled Chinese companies. In 2005, the China National Offshore Oil Corp's $18.5 billion investment in the US oil company Unocal fell through as American lawmakers opposed the deal. But the current recession has changed all that.

America now realises that for its economy to come out of the crisis fully, foreign investment is badly required. Meanwhile, China with its $2-trillion foreign currency assets is on the prowl. 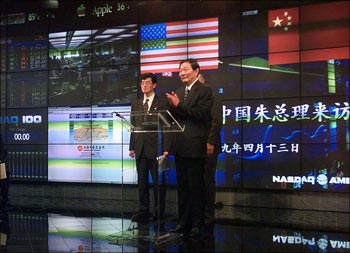 The Chinese are present in impressive numbers in Europe, the United States, Canada, South America, Australia, Africa, Singapore and Japan. And they want to expand further and increase their global footprint.

Almost everyday we find a Chinese company announcing to buy a portion in some foreign company. Recently, media reports suggested that India's Jindal Steel & Power may well be out of the race to buy Australia's Rocklands Richfield after Chinese coal producer Meijin Energy topped its takeover bid at $200 million.

At the time when recession was at its peak (economists indicate that it is on the wane now), and the US dollar was getting weaker, China's state-owned fund -- China Investment Corp Ltd -- injected $5 billion into global merchant banker Morgan Stanley.

It isn't just the biggies (like the Lenovo-IBM deal) that the Chinese are interested in: smaller, lesser-known companies in the US too are being bought out.

So let's see what the Chinese have been strategically buying across the world. . . 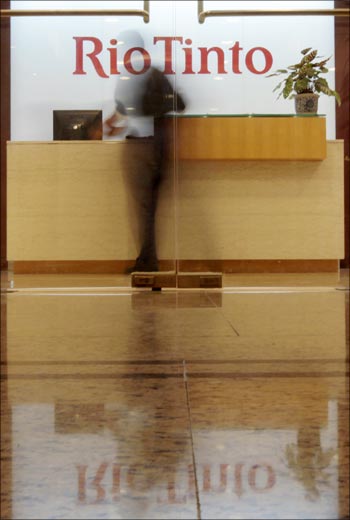 In February 2008, Aluminum Corp of China (Chinalco) joined hands with Alcoa Inc to buy a 12 per cent holding in UK-listed Rio Tinto for $14 billion, just days before mining rival BHP Billiton (the Australian mining giant) was to make a formal offer for Rio Tinto. The deal was the biggest foreign investment by any Chinese firm.

Then exactly a year later, the Chinese firm decided to increase its holding from 9.3 per cent to 18.5 per cent in Rio Tinto, but by now the fear of Chinese power had risen high and the deal faced stiff opposition in Australia. Chinalco, however, still holds 9 per cent stake in Rio Tinto.

The expansion deal was called off in June 2009 and Rio raised $20 billion by issuing new stock to BHP Billiton.

The Australian foreign investment review board has recently announced that no foreign company would be allowed to hold more than a 15 per cent stake in any of the country's natural resources companies. 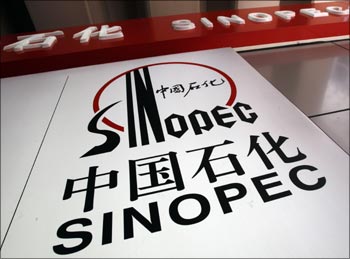 In June 2009, China Petroleum Corp -- or Sinopec -- acquired Addax Petroleum, one of Africa's biggest producers of oil for $7.2 billion. In cash.

The deal marked China's aggressive push into Africa and the Middle East. It gave Sinopec control over 42.5 million barrels of crude.

The Sinopec deal surpassed China National Petroleum Corp's $4.18 billion takeover of PetroKazakhstan in 2005 and came three weeks after Rio Tinto scrapped the $19.5 billion proposed investment by Chinalco to raise its stake in the company.

China is an energy-hungry nation, and its rapidly growing economy required more and more reserves it keep it going. That is why the Asian giant has been buying into natural resources and reserves globally.

Sinopec, PetroChina, CNOOC Ltd and other Chinese firms on the prowl are not hindered by a credit crunch that affects other nations. Low-cost loans from government-owned banks promise an unending supply of funds to companies that bid for offshore reserves making it easier for them to acquire strategic foreign assets. 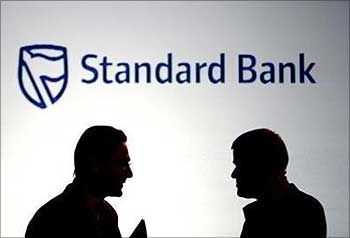 In March 2008, China's largest bank -- Industrial and Commercial Bank of China -- bought a 20 per cent stake in South Africa's Standard Bank for $5.6 billion in cash. This was China's largest single investment in Africa.

China unveiled a $200-billion wealth fund in September 2007 to buy into the foreign financial sector. As a start, the fund invested $3 billion in Blackstone Group, an American private equity firm. 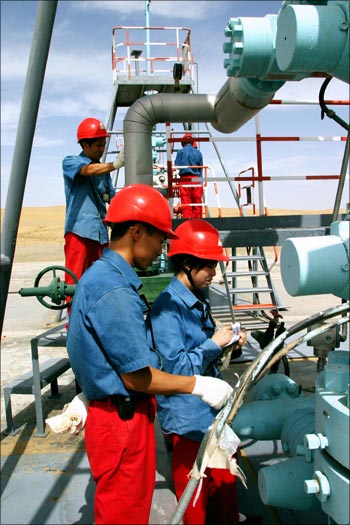 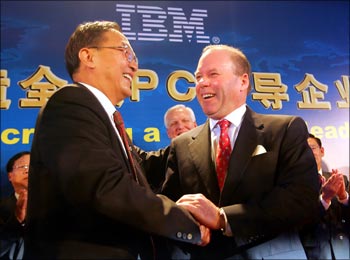 In December 2004, China made what then was the most stunning acquisition: the nation's largest personal computer maker, Lenovo Group, acquired the controlling stake in IBM's PC business. The $1.25 billion deal saw Lenovo jump to the third spot amongst the world's largest PC makers. The deal also saw IBM getting an 18.9 per cent pie in Lenovo.

This acquisition saw Lenovo extend its Asia-alone presence on the world stage, and allowed it to save business costs.

It gave the company a huge opportunity to tap into European and American markets: a battlefield of sorts where Dell and HP are the biggest players. 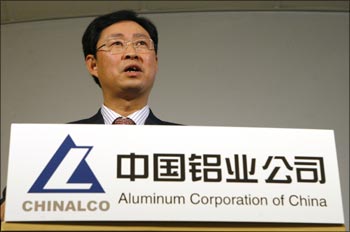 In June 2007, Aluminum Corp of China (Chinalco) bought Vancouver-based Peru Copper for $840-million. Peru Copper's main asset was its Toromocho copper project and also -- according to reports -- the largest undeveloped copper deposits in the world.

The deal, which made Ping An the top shareholder in Fortis, became the largest overseas acquisition by a Chinese insurance company, and followed the insurer's $154 million purchase of 9 per cent of Hong Kong fund manager Value Partners. 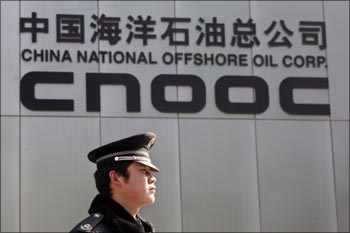 In the first week of November this year, China National Offshore Oil Corp bought limited stakes, for an undisclosed small amount, in four deepwater exploitation licences in the Gulf of Mexico from Norway's Statoil.

It is worth mentioning this deal because in 2005, a $18.5 billion CNOOC bid for US energy firm Unocal was blocked amidst concerns over the sale of strategic assets to China.

With this new arrangement, CNOOC has become the first Chinese firm to develop an oil field in US waters in the Gulf of Mexico. This could also be a harbinger to China's future deals with US oil majors.

CNOOC is also in talks with Nigeria to acquire large stakes in some of the world's richest oil blocks for an estimated $30 to 50 billion. CNOOC is bidding for 6 billion barrels of oil, about a sixth of Nigeria's total reserves!

Global oil firms like Shell, Chevron, Total and ExxonMobil control some 23 oil blocks in Nigeria. However, licenses of 16 of these are soon to expire. 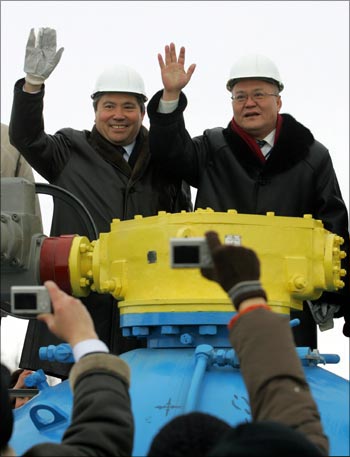 On November 9, 2009, China's state-owned Sinochem Group, which is engaged in the development of agriculture, energy, chemistry, real estate and finance, was in talks to seal a deal to buy an independent oil firm in Kazakhstan for $320 million.

The deal came after China Investment Corp in late September invested $939 million to buy an 11 per cent stake in JSC KazMunaiGas Exploration Production, the second-largest oil producer in the country. Again in September, CIC invested $850 million to acquire 14.9 per cent of Nobel Group, the Hong Kong commodity trading group.

In August, Sinochem agreed to spend $878 million to acquire London-listed Emerald Energy Plc. In September, Sinochem offered to buy Australia's Nufarm for $2.4 billion to get a foothold into a global distribution network for pesticides and herbicides. This was China's second proposal to buy Nufarm.

However, China National Chemical Corp, backed by US private equity firm Blackstone Group, ended talks to buy Nufarm for $2.6 billion in December 2007 without giving a reason.

Also, in November this year CIC agreed to buy a 15 per cent stake of listed US power generator AES, and to buy 35 per cent of AES' wind generating business. 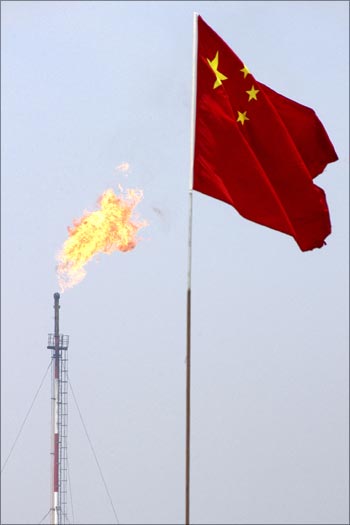 In May 2009, The China Development Bank loaned $10 billion to Petroleo Brasileiro SA, Brazil's state-controlled oil company to develop the largest crude discovery in the Americas in more than 30 years.

In February 2009, China National Petroleum signed separate agreements with Russia and Venezuela under which China would provide $25 billion and $4 billion in loans, respectively, in exchange for long-term commitments to supply oil. 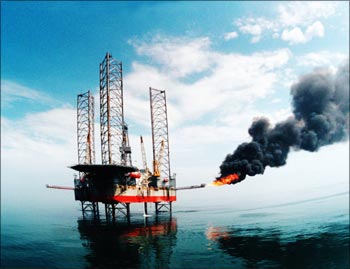 In March 2009, Iran announced that it had signed a $3.2 billion agreement with a Chinese consortium to develop an area beneath the Persian Gulf seabed that is believed to hold about 8 per cent of the world's reserves of natural gas.

In Feb 2009, Weichai Power, a diesel engine manufacturer, said it would spend about $3.8 million to acquire the products, technology and brand of France's Moteurs Baudouin, which designs and manufactures marine propulsive equipment such as engines and propellers.

That was a relatively small deal, but given the fact that overseas car companies are a severe cash crunch and Chinese counterparts need their technology, brands, talent and sales networks, foreign automakers may be next on China's acquisitions list. 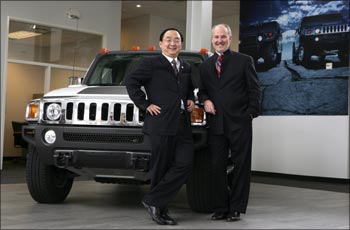 Then on October 9, 2009, General Motors announced that it had agreed to sell the marquee brand -- Hummer -- to China's Sichuan Tengzhong Heavy Industrial Machinery. Tengzhong will buy 80 per cent stake, while a private investor will hold the rest.

Under the terms of the agreement, Tengzhong will acquire the ownership of the Hummer brand, trademark and tradenames, as well as specific IP license rights necessary for the manufacture of Hummer vehicles.

Tengzhong intends to purchase Hummer through an investment entity, in which it will hold an 80 per cent stake. Suolang Duoji, a private entrepreneur with holdings that include the Hong Kong-listed Lumena, will hold the remaining 20 per cent stake. 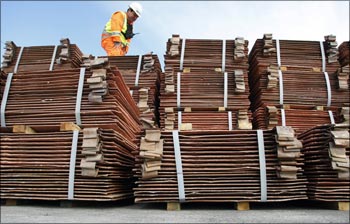 Image: A security guard, in Valparaiso near Santiago, inspects a copper shipment to be delivered to China.
Photographs: Eliseo Fernandez/Reuters

And that is not all, Chinese investors have also been on a commodity (other than oil) buying spree. The country has been buying gold for a long time, perhaps as a hedge against the falling US dollar.

Recently, when India bought the 200 metric tonnes of gold from the International Monetary Fund, it was one of the few occasions when it managed to beat the Chinese at such a purchase.

The Chinese are stockpiling aluminum, copper, nickel, tin, zinc, canola and soybeans. China has also bought iron ore and some metals for strategic reasons. The Asian giant is also buying sugar, coking coal, etcetera for a while now.

Nobody knows where the Chinese will stop. Cash-rich, hungry for growth, bursting with confidence, Chia is ready to take the best seat at the world's economic affairs table. Wonder who it will buy next.