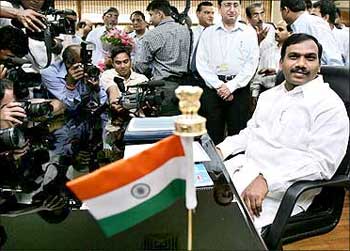 Accusing Union Telecom Minister A Raja of orchestrating a Rs 60,000-crore (Rs 600 billion) scam, the opposition parties -- Bharatiya Janata Party and Communist Party of India (Marxist) -- have asked the government to fire the minister and institute probe into the alleged irregularities.

Here's more on what the latest telecom scam is all about...

What is the controversy over spectrum pricing?

Calling it the largest scam in independent India, the Bharatiya Janata Party has alleged that there were irregularities in allotting wireless radio spectrum and licences by the telecom ministry to nine private operators in 2007.

The government had in 2007 recommended an 'open licence regime'.

'Applications for telecom licences were invited setting Oct 1, 2007, as the deadline. An artificial cut-off date, Sep 25, 2007, was created and applications received between Sep 25 and Oct 1 were summarily rejected. Rules of the game were changed after the game had begun,' the BJP charged.

The BJP alleged that 'all friendly applicants, mostly real estate companies, had been advised to put in their applications before Sep 25'.

The licences and the spectrum allocation were then allotted to nine operators at a price of Rs 1,650 crore (Rs 16.50 billion) per operator. This price was not taken on the basis of the 2007 market value but on the basis of an auction held in 2001.

The value of the licence and spectrum in 2007 could not be the same as in 2001 as the telecom market has grown phenomenally during this period.

However, Prime Minister Manmohan Singh said allegations about the scam were incorrect. The prime minister had earlier expressed his reservations about inducting A Raja in the Cabinet.

The CPI(M) said that the United Progressive Alliance government had given away scarce spectrum at a fraction of the market price leading to heavy revenue losses to the nation and that Raja must be sacked. 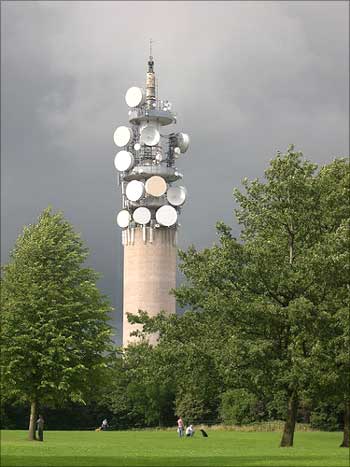 How big is the telecom spectrum scam?

The telecom spectrum scam is said to have dented the exchequer by Rs 60,000 crore (Rs 600 billlion). It is alleged that the government lost billions as spectrum allocation has been under-priced.

If the losses incurred by the government on account of allotment of excess spectrum to existing players such as Bharti, Vodafone and Idea are added, the total loss could rise to Rs 80,000 crore, (Rs 800 billion).

The figure could notionally rise by Rs 20,000 crore (Rs 200 billion), if one considers that stock market indices have collapsed by 60 per cent since January.

Thus, the total loss to the country could be as high as Rs 100,000 crore (Rs 1 trillion), according to Paranjoy Guha Thakurta, a political and business commentator.

What went wrong with the pricing?

The Central Bureau of Investigation (CBI) which raided the Department of Telecom premises said the licences were given at dirt cheap prices at 2001 market rates.

Further, the telecom ministry did not go in for competitive bidding and adopted a 'first come, first served' approach to spectrum seekers.

The ministry restricted the number of entrants by announcing a cutoff date in September, 2007. 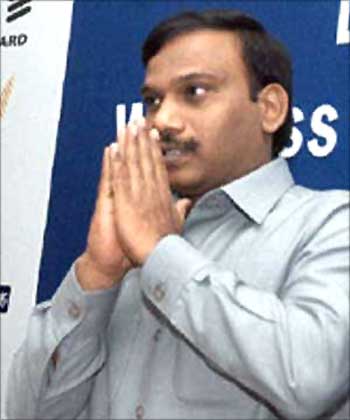 How is the Telecom Minister Raja involved?

It is alleged that the decision to follow the 'first-come-first-served' principle and not auction spectrum but give it at 2001 prices was taken by A Raja. He is also alleged to have arbitrarily shifted the cut-off date for applications to suit some operators.

What is Raja's stance?

Raja has refuted allegations of all wrongdoing and added that the licenses and spectrum had been allocated in conformity with the government's telecom policy.

He also denied his role in a telecom spectrum scam. "Licenses were issued in accordance with the law. I have followed what my predecessors have done since 1993. I had no external pressure to deviate from the law," he said.

He said auctioning was not followed because he wanted to keep the cost of telecom services low for consumers. 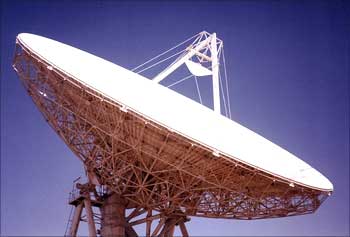 Which are the companies involved?

Chennai-based STel group allegedly sold 49 per cent to Betel for nearly $225 million, while Shyam Teleservices sold 70 per cent to the Russian firm Sistema.

The government allowed new licensees to sell their stake without any roll-out obligations. Raja is now attempting to dilute the issue by a fresh three-year lock-in period clause.

Turkcell, a leading Turkish telecom company and Europe's third largest operator, is in talks to buy 51 per cent stake in Datacom Solutions. The CPI(M) has pointed out promoters of the companies allocated spectrum on 'first come first served' basis are either unknown or shadow companies or even real estate firms!

What would have been the best way to allocate spectrum?

Auctioning is the best way to allocate spectrum as it is an invaluable natural resource. Auctioning would have ensured a clean and fair allocation process bringing in huge revenues for the public exchequer, which could have been utilized for further development of the telecom sector. 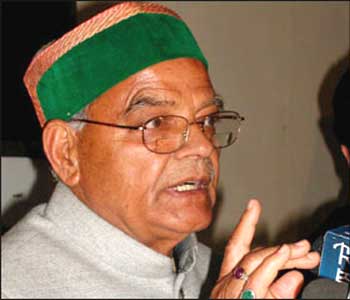 Any telecom minister involved in a scam earlier?

Former Union Communications Minister Sukh Ram was sentenced to three years' imprisonment in a disproportionate assets case in February 2009. Sukh Ram had to resign as minister in the wake of a financial scam involving the purchase of telecom equipment from a Hyderabad-based private firm.

The Special Central Bureau of Investigation (CBI) Judge V K Maheshwari found Sukh Ram guilty of having amassed disproportionate assets of Rs 4.25 crore (Rs 42.5 million), that included Rs 2.45 crore (Rs 24.5 million) seized from his residence in New Delhi, between 1991 to 1996.  He was also expelled from the Congress party.