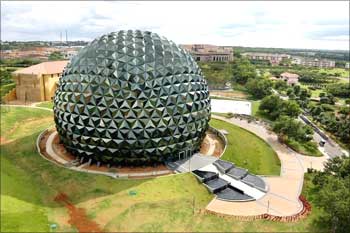 As the demand and costs for computing power soar, a core team at Infosys Technologies is undertaking a series of green IT initiatives that could help in raising the bar for green IT practices in the country.

Even as the United States and India debate about carbon emissions, a core team at Infosys is attempting to complete one of the most ambitious challenges ever undertaken by a company.

The challenge -- a gauntlet thrown by Infosys co-founder (and now UIDAI chief) Nandan Nilekani -- to help Infosys achieve the rare distinction of becoming a carbon neutral company by the year 2012.

Becoming a carbon neutral company is not an easy task -- it involves investing in projects that remove carbon dioxide from the atmosphere, and projects that nullify the effect of the carbon emissions generated due to the nature of a company's business.

What contributes to a carbon footprint? Almost every activity that is part of a typical company's normal business operations. This includes air travel, vehicle usage, air conditioning and even using a desktop or laptop computer. 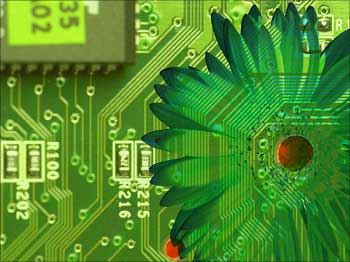 With more than one lakh (100,000) employees on its rolls, and over 50 offices and development centers spread across the globe, the 'carbon emission' impact resulting from travel, vehicle usage and from providing the necessary IT infrastructure to match the scale of Infosys' operations, is huge.

Infosys has realised the strategic impact of this initiative, and has accordingly taken this drive on a war footing.

"If we want to set new benchmarks, we must set a tough goal. This is precisely what Nilekani has done, and today, the whole company is marching towards matching the deadline set by Nilekani," says Rohan Parikh, head of Green Initiatives, Infosys Technologies.

The goal is to not only be a good corporate citizen, but also use this initiative to cut down operating costs.

"Green IT is no longer just an environmental factor; it is an economic advantage," declares Parikh. The mantra is simple - every dollar saved is a dollar earned. 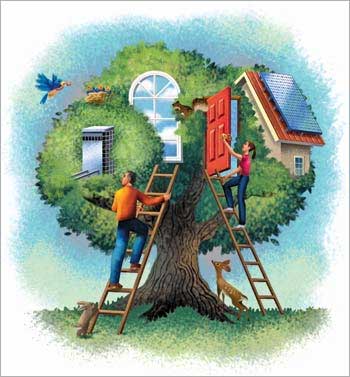 Understanding that its buildings are the largest consumers of energy, Infosys undertook an aggressive plan to design all new buildings as green buildings. The seriousness of the firm's green intent can be seen from the level of detailed planning that Infosys is putting in, to make its buildings 'energy efficient'.

Using the principle of reverse engineering at its best, Parikh's team has given performance goals to every entity that plays a role in the construction of the building. This has forced vendors to take a hard look at traditional solutions and come up with innovative measures.

For example, to reduce the office space required within its facilities, Parikh's team has asked carpenters to come up with designs that promise to cut down the length or breadth of office furniture.

Similarly, performance of a window or a wall in reducing heat is measured and analyzed. Architects are challenged to come up with designs that enable maximum usage of natural light. 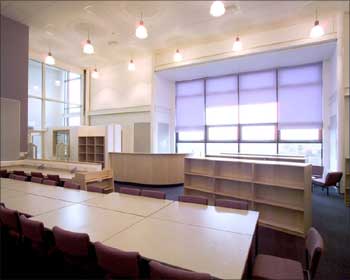 Artificial lights have also been replaced by luminescent lighting that consumes less energy. The right building design and alignment have also helped reduce ambient heating by sunlight and led to a substantial reduction in cooling requirements.

Parikh says that once enterprises push back and force and encourage vendors to come up with solutions, the results can be stunning.

"As every small entity contributes, you suddenly have a huge cascading effect, that can have a huge impact on your energy consumption rations," says Parikh.

When one considers that Infosys has close to 1,500,000 sq ft of green building space under construction, one can gauge the total impact of each component that goes into a green building.

Using the power of IT to paint a shade of green

As part of the green drive, Infosys is also intelligently leveraging technology to ensure optimal usage of electricity, lights, air conditioning, and power.

For example, sensors are deployed to automatically turn off lights, monitors, and IP phones when employees are not at their desks. Similarly, a conference room management solution automatically turns off all electrical appliances and lights when not in use.

Due to these initiatives, there has been an observed reduction of 30 per cent savings in terms of energy consumption.

The team has also rolled out an optimised power management configuration covering around 50 per cent of desktops in its network. As a result of this configuration, desktops enter sleep mode after one hour of inactivity. 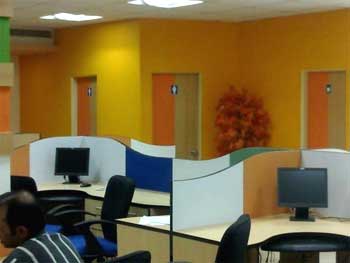 Infosys has also undertaken a 'Smart Data Center' initiative that minimizes the use of air conditioning units that are required to cool down the servers.

"Even a reduction of 1 degree can translate to an increase of 4 per cent of electricity. Monitoring the temperature of the servers enables us to reduce the exact temperature of the air conditioning units," says Subu Goparaju, VP & head-SETLabs, Infosys Technologies, emphasising the critical importance of cooling to reduce the overall energy consumption levels.

As a result, the associated costs due to maintenance, monitoring, and energy consumption of over 200 servers have reduced drastically.

Additionally, consolidation of core infrastructure servers and file servers from more than 200 to less than 100 is expected to reduce the power demand of these servers by around 80 per cent. 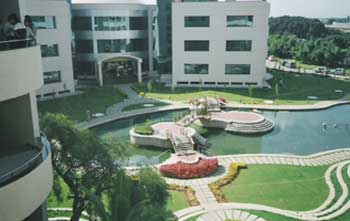 The IT team has used virtualisation to realise huge costs savings and manageability benefits while maintaining consistency in performance and delivery.

"The key benefit of the virtualization initiative is the estimated environmental impact reduction - this is equivalent to planting 4,000 trees and removing 244 cars off the road," says Goparaju.

Simultaneously, the IT team is also encouraging employees to meet and collaborate on virtual platforms. This approach has lead to the average number of video conferences trebling from around 300 per month to around 1,000, leading to a reduction in travel, and hence carbon footprint.

The grass is green on this side

Moving beyond virtualisation and smart data center initiatives, Infosys also encourages its employees to use carpooling.

The firm has developed a software solution that manages the carpooling system at Infosys, through personalised information and alerts. Employees in its Bangalore campus are also given incentives for traveling during off-peak hours. 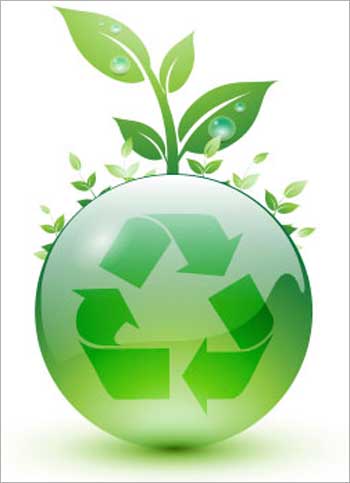 All these applications are aimed at enhancing the awareness of carbon emissions and empowering people to reduce their carbon footprint.

While most Indian firms remain content with confining their 'Green IT' initiatives to virtualisation or consolidation initiatives, Infosys' efforts in designing a complete integrated green initiative are laudable and extremely relevant in the current times of recession.

Even if Infosys does not succeed in becoming a carbon neutral company by 2012, if it succeeds in inspiring even a small percentage of companies to follow suit, the net effect on the environment and the economy will be huge.