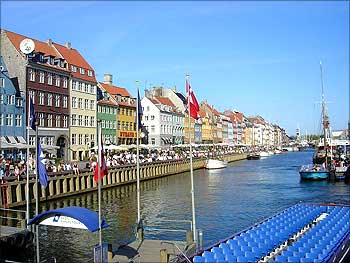 New Delhi and Mumbai are among the least expensive cities in the world, ranked 70th and 73rd positions, respectively.

The UBS survey of 73 international cities found that employees in Copenhagen, Zurich, Geneva and New York had the highest gross earnings. Living costs were calculated based on a survey of 154 items in total.

They include 122 products and services that are used directly to calculate the reference basket.

The basket costs the least in Kuala Lumpur, Manila, Delhi and Mumbai.

A survey by citymayors.com on the kind of salaries that Indians are paid when compared to the payscales in some other global cities is quite a revelation. The survey says that in New York or Zurich one would have to work for 9 hours to earn enough to buy an iPod nano, whereas in Mumbai you would have to work for 177 hours to be able to afford the gadget!

Copenhagen is the richest city in the world and the financial hub of Denmark.

In 2008, Copenhagen was ranked 4th by FDi magazine in the list of Top 50 European Cities of the Future. Oslo, Zurich and Copenhagen have the highest prices among the 73 cities including rent (and energy), which accounts for roughly one quarter of the cost of living for an average Western European household, New York,

Oslo and Geneva have some of the highest living expenses in the world. 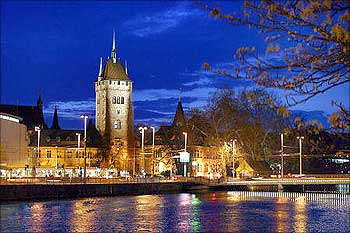 Zurich is the world's second richest city. Zurich has also been among the top cities that offer best quality of living in the world. The financial hub of Switzerland, Zurich is home to financial institutions and banks like UBS, Credit Suisse, Swiss Re, Zurich Financial Services.

In terms of wages, Zurich is the best. The net incomes are higher than in any other city in the world. With its extremely high gross wages and comparatively low tax rates, Switzerland is a very employee-friendly country. 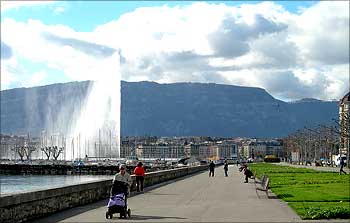 Geneva is ranked third among the world's richest cities. Geneva has ranked as the world's sixth most important financial centre by the Global Financial Centres Index.

A Mercer survey ranks Geneva as the third best nation in offering good quality of life. Geneva is referred to as world's most compact metropolis.

The city is also expensive to live in as people in Geneva and Zurich have to shell out around 20 per cent more on average for products, services and accommodation than their peers in other Western European cities. 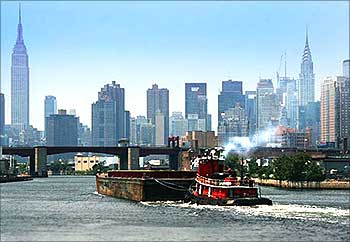 Geneva is followed by New York at the fourth position. One of the world's most expensive cities, the wages in New York, Los Angeles, Miami and Chicago are significantly higher on average than in the Canadian metropolises of Montreal and Toronto.

The weighted average net hourly wage for our 14 occupations was highest in Zurich, Geneva, New York and Dublin.

At the bottom of the league are employees in Nairobi, Delhi, Manila, Jakarta and Mumbai, who have to settle for less than one-tenth of European or North American incomes.

Workers there receive an average of around $1.4 for an hour's work. On a global scale, hourly wages average around $11.8 before taxes and $8.8 after. 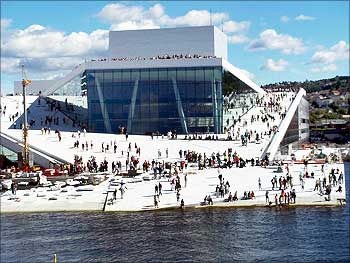 Oslo is fifth richest city and the world's most expensive city. It is also the hub of Norwegian trade, banking, industry and shipping.

According to UBS, the deductions take the largest average bite out of gross income in Western Europe (27.6%), followed closely by North America (26.2%) and Eastern Europe (25.1%).

The highest payroll deductions are found in Copenhagen and Ljubljana, followed by Munich, Oslo, Amsterdam, Brussels and Frankfurt, where at least one-third is deducted from gross wages.

Payroll deductions are lowest in Bangkok, Delhi, Hong Kong, Caracas and Mexico City, where less than 10% of gross income -- although relatively modest -- goes to taxes and social security contributions on average.

State deductions are virtually nonexistent in the cities of Doha, Dubai and Manama. 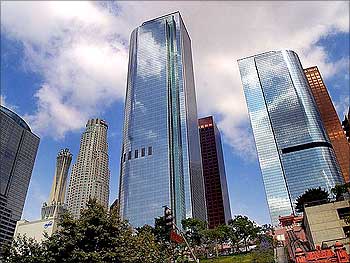 Los Angeles, which is the sixth richest city in the world, is also among the highest paymasters. Home to Hollywood, LA is also the world's entertainment capital.

On an average, the world's highest gross and net wages are paid in North America. 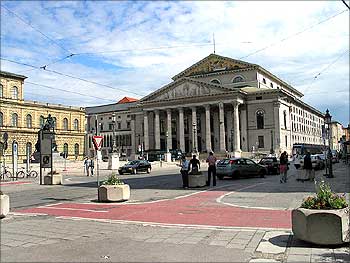 Munich is the third largest city in Germany. An attractive financial hub of Europe, Munich is home to many insurance companies and financial service providers.

The city is known for its low unemployment rate and highly qualified employees. 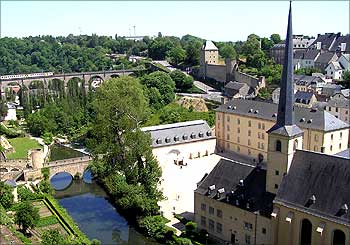 This makes it easy to understand the two-way economic traffic of globalization: jobs go east while workers emigrate to the West. Barcelona, Dublin, Luxembourg and Madrid are relatively attractive in Western Europe. 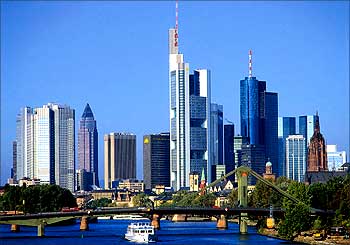 Frankfurt, the world's 9th richest city is am important centre of trade in Germany. Frankfurt has been Germany's financial centre for centuries, and it houses major banks and brokerages. 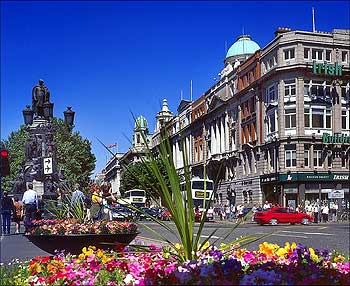