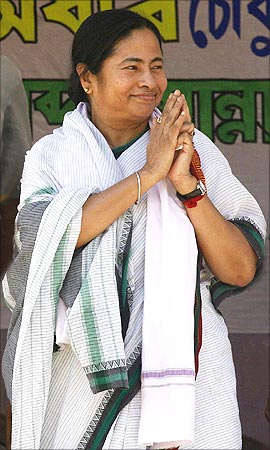 Indians were all eyes and ears as Railway Minister Mamata Banerjee got up to deliver her Railway Budget speech at the Parliament on July 3.

Will the firebrand Trinamool Congress leader, known more for her controversial moves than political ideology, present a better Railway Budget than her predecessor, the redoubtable Lalu Prasad, or would her she fail to keep up to people's expectations?

The entire nation waited in suspense. Banerjee, however, did not disappoint. Though her Railway Budget was scornfully ridiculed to be an overtly pro-Bengal one by Banerjee's detractors, it did throw up a lot of firsts -- non-stop long distance trains -- Duronto -- being one of them.

For the record, Lalu Prasad had proposed bullet trains running at 250 km per hour in his last Railway Budget.

While it would have taken a few more years to build infrastructure for bullet trains, Banerjee's proposal for Duronto trains seemed more down-to-earth and plausible. 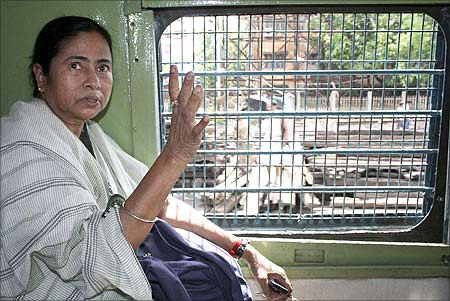 The 12 non-stop Duronto trains proposed in this year's Railway Budget are: 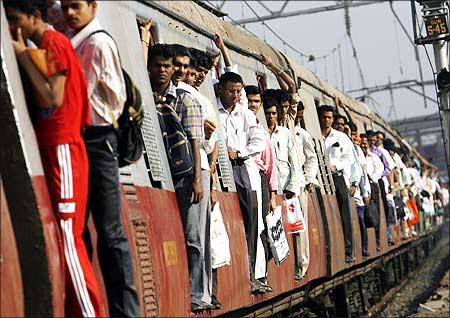 First two Duronto trains to hit the tracks on Sep 18

While Banerjee is expected to flag off the Sealdah-New Delhi Duronto train at Kolkata's Sealdah station on September 18, Chidambaram would launch the Chennai-Nizamuddin Duronto in Chennai the same day.

The launch of these two trains was first scheduled for September 14, but was postponed to September 18.

Another Duronto train between Sealdah and New Delhi is also likely to be flagged off before Durga Puja from Kolkata. 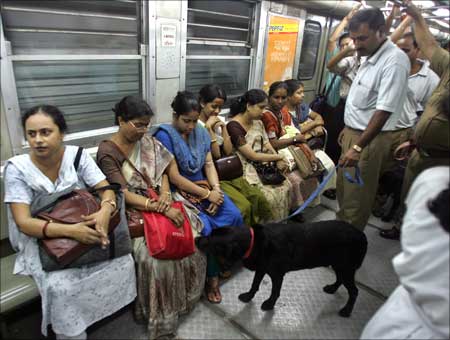 AC and non-AC; faster than Rajdhani

The fare will include the cost of meals. According to railway sources, the Duranto fares will be lower than those of Rajdhani.

They will be faster than Rajdhani as well. For example, the new bi-weekly non-stop train between New Delhi and Howrah will take 16 hours to cover the distance, as against 17 hours taken by the Rajdhani Express.

The Chennai-Nizamuddin Duronto train is expected to take 28 hours to complete its journey, about 20 minutes less than the time taken by Chennai Rajdhani, according to railway sources. 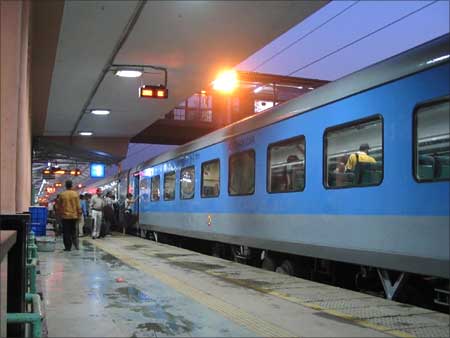 Of the 12 Duronto trains announced, West Bengal got four.

The Delhi-Sealdah train will arrive a full half an hour earlier than the regular Rajdhani.

All four trains will run twice a week. Railway officials hope that that the Duronto trains will strike a chord with the passengers.

"Immediately after she (Banerjee) announced the list of Duronto trains,  there was demand from other states. This proves how popular they are," a senior railway official said. 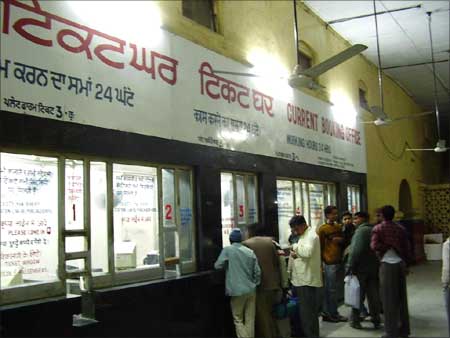 Duronto trains to have a few operational stops

These trains will not be strictly non-stop, as many believe. There will be a number of technical and operational stops for change of crew and replenishment of supplies.

Tickets for these trains will not be issued from stations other than the originating ones. 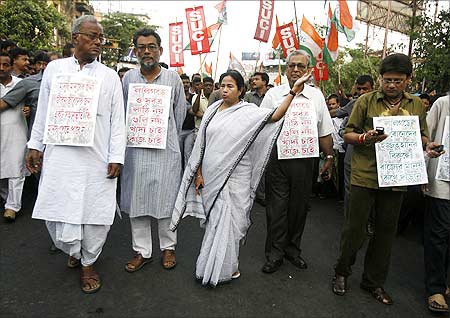 Banerjee, an occasional painter and a poet, has painted the two Duronto trains to be launched on September 18.

According to a senior railway official, the head coach of the train has been decorated with primary colours denoting speed while the middle coaches have a pair of running legs. The Duronto trains announced for Maharashtra will be flagged off only after the completion of the Assembly elections in the state.

The maintenance of the Duronto rakes has been outsourced to private players, who have been allowed to display their advertisement inside the coaches.