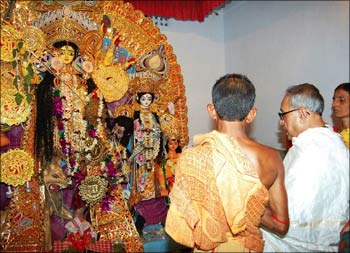 To his colleagues in the Congress party, Finance Minister Pranab Mukherjee is known as a man of all seasons, a man of punctuality and precision.

We saw the finance minister in a new avatar, donning the priest's mantle at his ancestral home on Friday and Saturday.

Mukherjee worships Goddess Durga at Miriti, his ancestral village near Kirnahar in Birbhum district, about 250 km from Kolkata.

Mukherjee's grandfather late Jangaleswar Mukherjee started the puja, which is almost 100 years old, said Goutam Roy, who has been supervising the arrangements.

Mukherjee's father Kamadakinkar continued the tradition and now the onus is on the finance minister to keep the practice alive.

Mukherjee chanted chondi mantras on Saptami and performed the Puja on Maha-ashtami, the second day of the four-day festival.

Mukherjee has Z category security. We have made the required arrangements."

We present to you a few glimpses. Don't miss it! 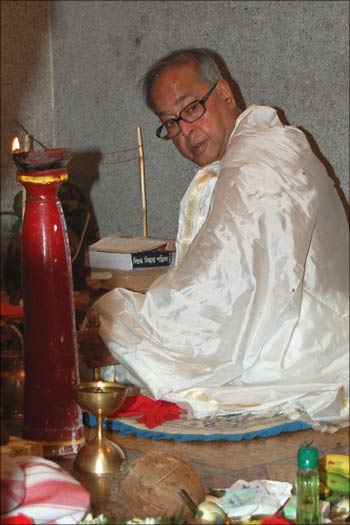 Image: Pranab all set to do the Chondipath.
Photographs: Dipak Chakraborty
. 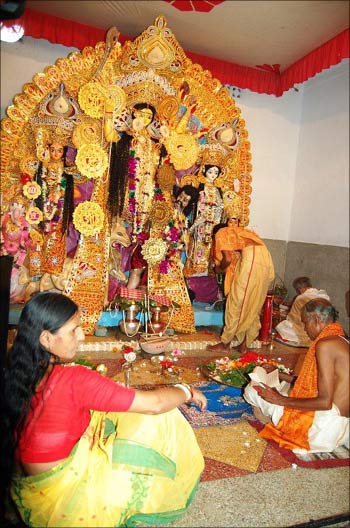 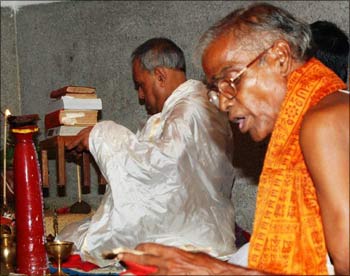 Image: Pranab Mukherjee at the Puja pandal with another priest.
Photographs: Dipak Chakraborty 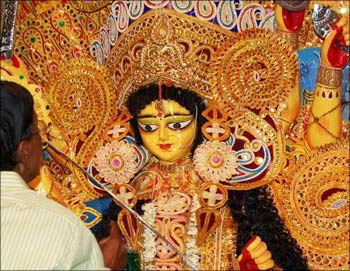 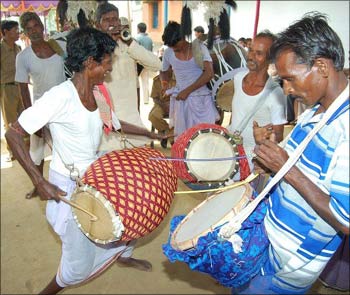 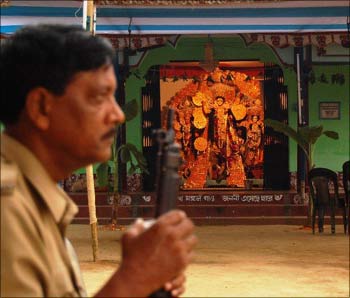 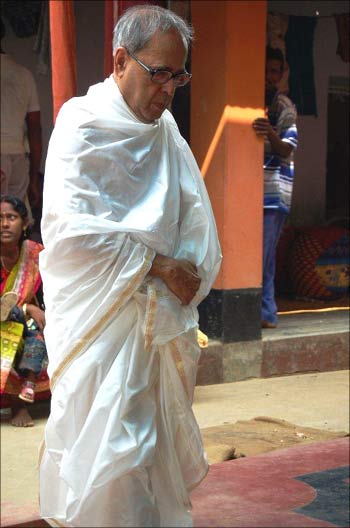 Image: Pranab Mukherjee clad in a dhoti and uttoriyo for the puja.
Photographs: Dipak Chakraborty
More
Print this
article