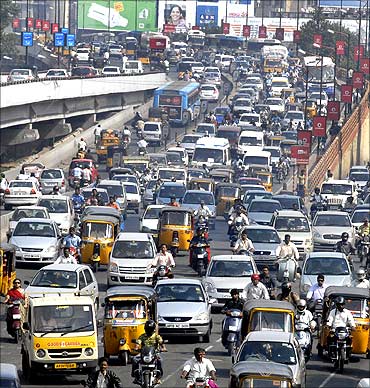 With 130-140 million Indians likely to move to cities in the next decade and an equal number in the one after that, the development of urban India represents the biggest challenge you can think of -- in the next two decades, India will have to create as many new cities as it created in the last several hundred years.

Alternately, the existing cities which are home to around 285 million people today will have to absorb nearly double the number of people they do today.

In the next few weeks, we're going to get two heavy-duty reports on various aspects of this -- one from McKinsey & Co and another from a government committee headed by Isher Ahluwalia.

While the Ahluwalia one is supposed to be more focused on the huge sums of money that will be required and the McKinsey one on the policy changes required, it's hard to separate one from the other -- so both reports are likely to have a fair amount of overlapping.

Whatever the amount, it's safe to say you can almost immediately expect sharp increases in allocations for programmes like the Jawaharlal Nehru National Urban Renewal Mission (JNNURM) -- while the Rs 50,000 crore (Rs 500 billion) allocated for 65 cities in 2005-06 has already been spent, another Rs 50,000 crore has been sanctioned. 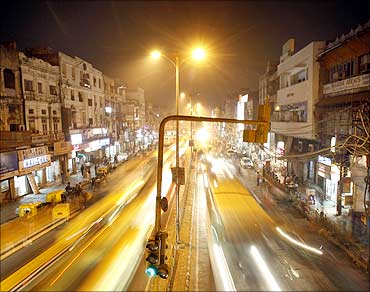 But even as we wait for the final estimates of both reports, a few broad points are easily made. For one, the need for money, important as it is, may not be insurmountable.

Most urbanisation projects you hear of, the Delhi metro, the Delhi airport, the Hyderabad metro, the Nandi corridor in Bangalore, all have essentially been financed through dollops, huge dollops, of real estate.

Around 250 acres for the Delhi airport were to fetch the concessionaire Rs 17,590 crore (Rs 175.90 billion) of deposits a few years ago (if he had decided to monetise all of it in one go); in 2008, the Delhi Metro chief E Sreedharan estimated that the 296 acres of land given by the government to the Hyderabad metro was worth around Rs 10,000 crore (Rs 100 billion); apart from several thousand crores (tens of billions) of tax, import duty and other concessions, the Delhi metro's annual report talks of 960 acres of land it has got from the government -- and that's in just one place in the report!

While Nachiket Mor of the ICICI Foundation talks of US cities that got great hospitals and schools in return for free land given to developers, this is where we need to be really careful, otherwise urbanisation in India will end up becoming the biggest boondoggle of all times.

The problem with the Delhi airport centres on the developer refusing to share the deposits it got from the land -- this reduces the government's revenue-share from the project significantly; in the case of the Nandi project, the Karnataka government refuses to give the company the land it was supposed to get for developing cities along the highway since it argues the developer is going to get a king's ransom from this; few hospitals who get concessional land from the government keep their promises to  treat the poor for free; the list goes on. 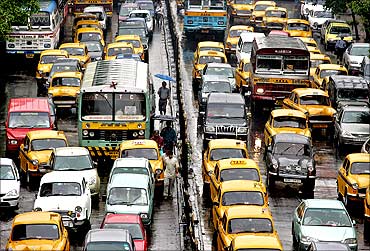 While both the McKinsey and the Ahluwalia reports will probably stress on the government going in for PPP projects (it is an optional reform under JNNURM) while developing existing cities and creating new ones, let's keep in mind that, the way they're governed today, most PPP projects are hugely riddled with corruption.

There are then the various issues of urban planning that are critical, once again funding is not really the issue here.

Should you treat sewage locally or should you transport it huge distances for treatment? -- the list goes on.

Ramesh Ramanathan, who focuses on urban development in a big way, talks of how most cities don't even have proper accounting systems -- just 23 cities, according to the JNNURM website, have modern double-entry accounting systems; a presentation Ramanathan made at a Neemrana conference some months ago gave examples of how, in the highway out of Bangalore to Mumbai, there are four civic authorities who are in charge! 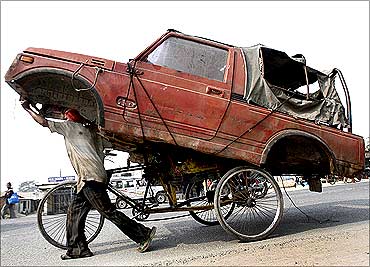 The JNNURM, of course, is supposed to be getting cities to start their reform, but the results are patchy since, while the money is available upfront, the reforms are backloaded -- just 11 cities have managed to collect more than 85 per cent of the property tax due to them (states like Punjab and Haryana have even abolished property tax!); while the JNNURM website talks of six cities which have achieved '100% cost recovery - O&M for water supply', Ahluwalia made a presentation at Neemrana showing two of them, Pune and Chennai, metered just 16 and 4 per cent, respectively, of their water connections!

Till the time that politicians are focussed on rural voters, it's unlikely they'll give cities the kind of space they need, either in terms of political power (the police don't report to the chief minister in Delhi!) or the power to raise truly meaningful levies to finance themselves (look at the wealth Mumbai creates and the state of its infrastructure).

In other words, perhaps the best we can hope for is rural amenities in urban areas -- as opposed to former President Abdul Kalam's Provision of Urban Amenities in Rural Areas!