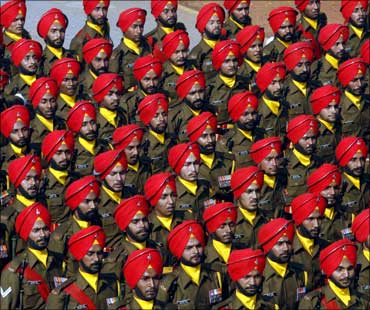 Major Indian missile and armament systems may have been compromised as Chinese hackers have broken into top secret files of the Indian defence ministry and embassies around the world, the New York Times has reported.

Among the systems leaked out could be Shakti, the just introduced advanced artillery combat and control system of the Indian Army, and the country's new mobile missile defence system called the Iron Dome.

A new report called 'Shadow in the Clouds' by Canadian and American researchers -- based at the Munk School of Global Affairs at the University of Toronto -- has said that a spy operation called 'Shadow Network' based in China has tapped into top secret files of the Indian government.

In the investigations conducted over eight months, the report claimed that systematic cyber espionage was carried out from servers located in China that 'compromised' government, business, academic and other computer network systems in India.

The report finds that Indian government-related entities, both in India and throughout the world, had been thoroughly compromised.

These included computers at Indian embassies in Belgium, Serbia, Germany, Italy, Kuwait, the United States, Zimbabwe, and the High Commissions of India in Cyprus and the United Kingdom. 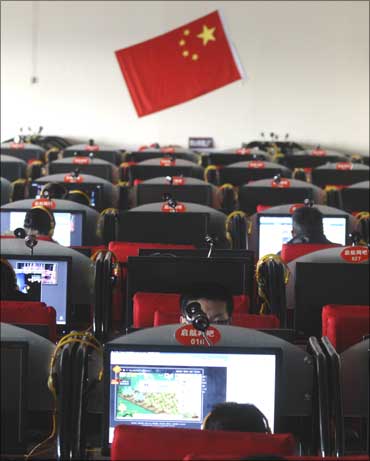 New York Times said that the Toronto spy hunters found out what kind of material was stolen and were also 'able to see some of the documents, including classified assessments about security in several Indian states, and confidential embassy documents about India's relationships in West Africa, Russia and the Middle East.'

"These include documents from the Offices of the Dalai Lama and agencies of the Indian national security establishment," the report said.

"Data containing sensitive information on citizens of numerous third-party countries, as well as personal, financial, and business information, were also exfiltrated and recovered during the course of the investigation," it said.

"Recovery and analysis of exfiltrated data, including one document that appears to be encrypted diplomatic correspondence, two documents marked 'SECRET', six as 'RESTRICTED', and five as 'CONFIDENTIAL'. These documents are identified as belonging to the Indian government," it added.

These documents contain sensitive information taken from a member of the National Security Council Secretariat concerning secret assessments of India's security situation in the states of Assam, Manipur, Nagaland and Tripura, as well as concerning the Naxalites and Maoists. 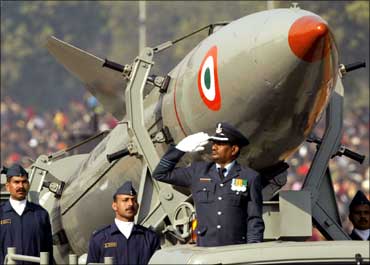 In addition, they contain confidential information taken from Indian embassies regarding India's international relations with and assessments of activities in West Africa, Russia/Commonwealth of Independent States and the Middle East, as well as visa applications, passport office circulars and diplomatic correspondence.

However, the researchers note that there is no direct evidence that these were stolen from Indian government computers and they may have been compromised as a result of being copied onto personal computers.

The report also finds that the spies also hacked into information on visa applications submitted to Indian diplomatic missions in Afghanistan.

This data was voluntarily provided to the Indian missions by nationals of 13 countries as part of the regular visa application process. 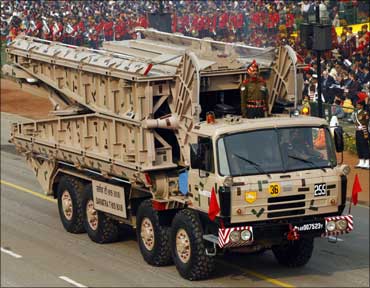 "In a context like Afghanistan, this finding points to the complex nature of the information security challenge where risks to individuals (or operational security) can occur as a result of a data compromise on secure systems operated by trusted partners," the report said.

The investigation also said that 1,500 letters sent from the Dalai Lama's office between January and November 2009, were also leaked out.

The researchers noted that while there was no clear insight into the motives of the spies, "the theme appears to involve topics that would likely be of interest to the Indian and Tibetan communities".

NYT reported that the Chinese hackers also stole documents related to the travel of NATO forces in Afghanistan, highlighting the fact that 'one chink in computer security can leave many nations exposed'.

The newspaper went on to say that the cyber-attacks look like the work of a criminal gang based in Sichuan Province, but given the sophistication of the intrusion, it is possible that the Chinese government approved of the spying.

Meanwhile, a propaganda official in Sichuan's capital, Chengdu, called it 'ridiculous to suggest that the Chinese government might have played a role in the hacking'.