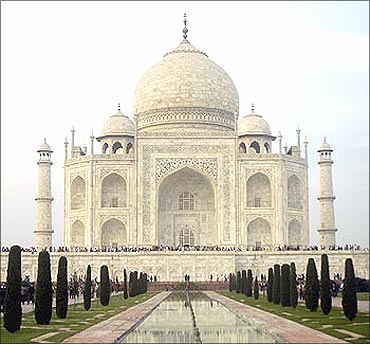 The reason is higher incomes. McKinsey's estimates suggest that as a result of rising incomes, 291 million people will move out of poverty and climb to higher income groups.

Also worth noting, according to Edelweiss Capital, is that this figure would further jump by over three times to $3,231 per person by 2020.

"In the near term, the government stimulus programmes and personal tax incentives will mean higher disposable income.

"Apart from that, if we take a view beyond 18-24 months, there are other triggers such as creation of one million private sector jobs, and recruitments at IT (information technology), PSU (public sector undertaking) banks and insurance companies.

In sum, the ripple effect of rapid urbanisation, a burgeoning middle class, with higher disposable incomes, should favour consumption-based sectors. The Indian automobile industry is expected to post robust annual growth rates of about 10-12 per cent.

The opportunity would be more for four-wheeler companies such as Maruti due to improving affordability, low penetration (just 20 cars per 1,000 against 600-900 cars in the developed world) and emergence of a large, well-heeled middle class.

"India has one of the lowest vehicle penetration rates in the world. Given that India also has one of the youngest populations -- half of its 110 crore-plus (1.1 billion-plus) people are less than 25 years old, compared to 36 per cent in China and less than 30 per cent in the developed nations -- car sales will undoubtedly continue to soar in the next few years," says Marc Faber, author of the newsletter Gloom, Boom and Doom. 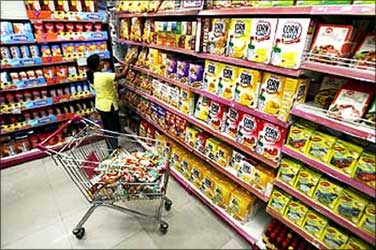 Rapid urbanisation and higher disposable incomes are likely to push the organised retailing sector to higher growth orbit going ahead.

Companies such as Pantaloon, India's largest listed retailer, will be key beneficiaries.

Edelweiss predicts that the sector will record a growth of 18 per cent annually till the year 2020. 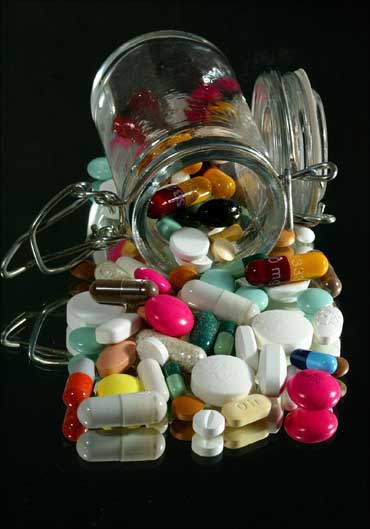 Higher incomes, demand for quality healthcare, increased investments by the government and private sector will lead to more opportunities for healthcare services companies.

The sector has grown at 9-10 per cent annually over the past 10 years.

Major beneficiaries in this space could be healthcare major Fortis and Apollo Hospitals.

According to Edelweiss Capital, the industry will grow at about 17.7 per cent annually to Rs 12.3 trillion compared to Rs 2.1 trillion in FY09.

Healthcare, which accounts for about 4.7 per cent of an individual's wallet, is estimated to double by 2020. 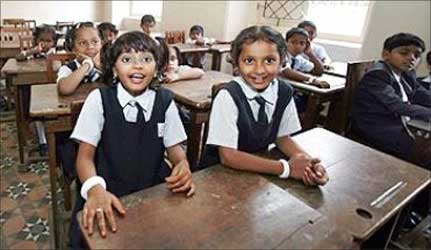 India has the largest student population in the world.

With economic growth leading to higher spending on education, investments by the private sector and the government, considering the private public partnership model for building infrastructure for schools, companies in this sector such as Educomp should reap the gains.

Further, low literacy rates of 61 per cent, increasing per capita income and affordability would benefit the sector.

Given these opportunities, the size of the industry (private sector) will grow (17 per cent annually) by almost six-fold to Rs 5.10 trillion over the next 10 years from Rs 90,000 crore (Rs 900 billion) currently. 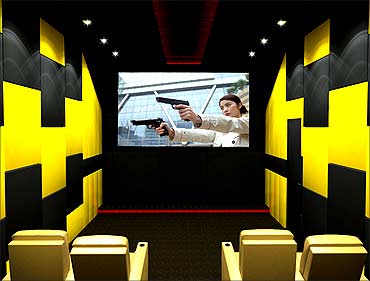 According to KPMG, media spending in India is 0.41 per cent of GDP, half the world average of 0.80 per cent, and much lower compared to developed countries.

India offers a lot of opportunity for companies in this sector, given a large population, growing urbanisation, increase in per capita income and higher discretionary incomes, along with increasing advertisement spend on the back of higher economic growth.

The growth is expected to be higher in the case of television, radio, gaming, music and internet-based media and entertainment.