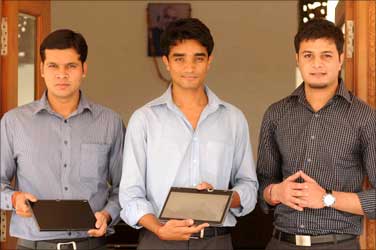 As a kid, he had dreams that he could fly, touch the moon and travel faster than light!

These seemingly crazy, out-of-the-box ideas were just the beginning of a unique journey of discovery and innovation for Rohan Shravan, whose Adam tablet PC is slated to give Apple's much-hyped iPad a tough competition.

This 24-year-old engineering graduate from the Indian Institute of Technology-Kharagpur is the brain behind what has been termed 'the iPad killer'.

His company, Hyderabad-based start-up Notion Ink, plans to take on hardware giants like Apple by launching Adam with better features, a longer battery life and at a cheaper price.

"You can compare Adam to the next generation of devices which will hit markets in 2012," Rohan explains. The Adam is set to give global companies with similar products a run for their money when it will be launched in the third quarter of this year. In 3-4 years, Notion Ink hopes to beat Apple.

Rohan always wanted to do something different. He loved to discover new things, fiddle with toys and make his own models. His curiosity led him to explore how things work, how they are designed and how devices can be made better.

"Belonging from a middle class family I understood the need of a device which can do a lot more than just one thing," he says. After he passed out of college, he wanted a device to browse Internet everywhere, anytime.

"I was disappointed at IIT. The best college in India is not what it looks like in papers. But it is not the fault of the professors. They lack infrastructure, experienced professors leave for better colleges and it lacks private investment. I had to cut off myself from daily activities at IIT to follow my ambition," he says.

He opted for mechanical engineering though he knew computer engineering will help him get a wonderful job. "I believe that if there is so much country is already doing for IIT-ians (whatever they are, they are the best in the country, probably with the same but limited facilities, everyone can do wonders), it becomes necessary that we become the employers," he points out.

The Adam PC has caught the attention of the world after it was unveiled at the Consumer Electronics Show and the Mobile World Congress in Barcelona.

Rohan Shravan takes you through his exciting journey, the compliments and criticism he received in making a truly global product. 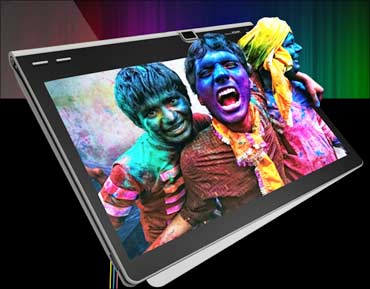 On the entrepreneurship trail...

Without my mother's support I couldn't have done anything. If you can convince yourselves, you can convince anyone. But parental support does help. But even if initially there isn't any support or encouragement, how long will it take to become successful? That's exactly the maximum time your parents will take to understand what you want to do.

If you have confidence and get out of the comfortable cocoon, nothing is impossible. 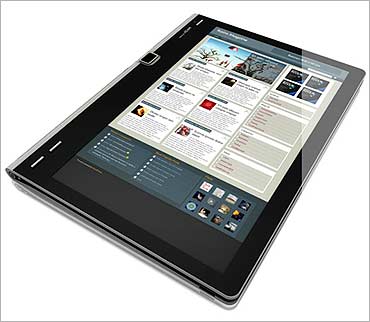 The experience so far

I started alone. Gradually, I got support from friends who were excited about the idea, and the caravan was built.

I did less of engineering at IIT and more of research on the Adam. It has been very interesting and exposure is something I could have never got anywhere else. It is tough as a 24-year-old to convince people. I have been trying my best.

I have felt sometimes experience kills your brain towards newer ideas. But now I have got the best possible team possible.

When you are driven, you just do your work, nothing seems like a sacrifice, but your friends and families do many sacrifices without even telling you. I sincerely thank all of them.

I have not gone home since I left in March last year.

We suffered for about 6 months of loss while working with the administration at National Institute of Development, Bengaluru. We tried to work with for user interface study, but it did not work out even after spending 6 months. The effort failed to get anything done. Indeed, that was the lowest point for us. We could not do any work on the User Interface at all, not even a pencil drawing. I believe persistence has helped us reach were we are today. 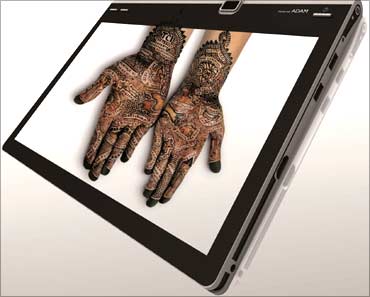 There is madness. It seems as if people were waiting for something like this since years. People are very receptive to a new company like us.

Initially, in India people took us lightly, but when they saw the western reception, suddenly there was warmth here as well. We are complimented for being an Indian firm though when I started I never thought about it. Notion Ink is based out of India, but it is a global firm.

It is not about just huge markets for us, it is more about being the best in its class, and competitors are not Indian firms (unfortunately). People have acknowledged the fact that we are young and have done good job till now. But not everything is rosy.

There have been a lot of complaints and negative comments. One of the images on the website had Adam's image with a foreign child. We got at least 50 emails complaining on why we did not show an Indian kid.

Many have criticised us for naming the product Adam and not choosing an Indian name. Which is the Indian name among these? Reliance, Infosys. . . even government firms, like ONGC, etc. I find that ridiculous. 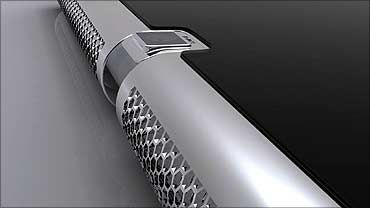 The idea behind developing a tablet PC

I wanted one device to do everything. Everything is not qualitative. So I thought why not a device on which people can use their imagination and develop applications. If hardware is capable enough, they can make the device do anything. That was the genesis of Adam. It took us three years to design it.

We will hit the markets in the third quarter of this year.

How Adam PC is different

It is a completely different device. It is not comparable to already existing products in the markets. Probably, you can compare it to the next generation of devices which will hit markets in 2012.

All the variants will be significantly cheaper than the corresponding iPad. 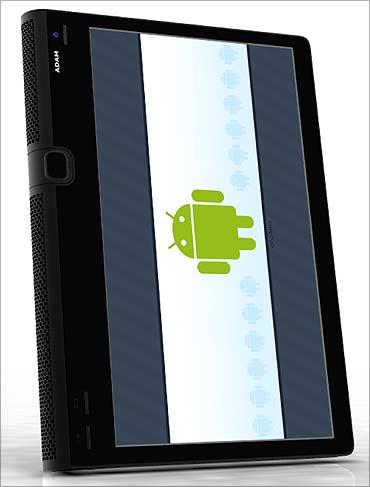 Apple has such a big marketing arm that whatever we do, you can never call Adam an iPad killer. They sell in millions even if some features are missing. We have a lot of respect for them and they are the benchmark for us. If everything goes fine, in probably 3-4 years we can say that.

The applications in Adam, its future

The operating system will be open to all. Everyone can create whatever they want for the device. Adam will have inclination towards productivity and communication apps, advanced social contacts management, it will be a true device for the mobile professionals. You will have a phone, tablet for your home and while you travel, and a desktop or powerful laptop in your offices. 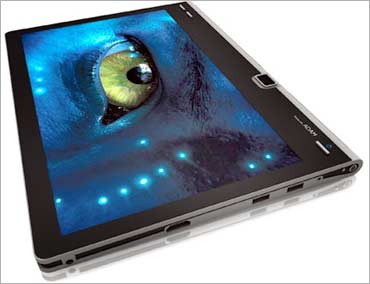 I have not faced difficulties in running the business. Sometimes while hiring or negotiating, people don't want to believe that we have done so much.

Sometimes the experienced people have bluntly told us, you are just a bunch of kids. And we understand, because we are young.

We are not seasoned and polished professionals, but with the drive and passion we can be a very difficult firm to beat. For even a smallest component, we have to get it shipped from Taiwan or China. So development process becomes costlier and time consuming.

Adam is a global product. We will be launching in India. It all depends on which category the product falls. If there are heavy import duties, we won't want a product too costly in a cost sensitive country. 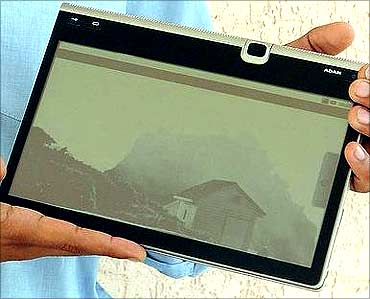 On what stops India from becoming a product giant

The main reason is lack of confidence in the big firms and the good product engineers opting for foreign companies.

There is not a single course on product engineering in India, the lack for foreign investments in India on product side and most importantly roads. 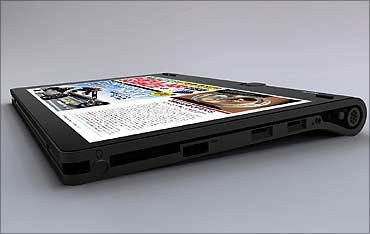 The importance of innovation

5 things entrepreneurs must do to succeed

Just convince yourself, rest of the things will follow. Conviction that you can do it, trust that it will happen, continue even if there is no money, develop proof of concept and have great patience. 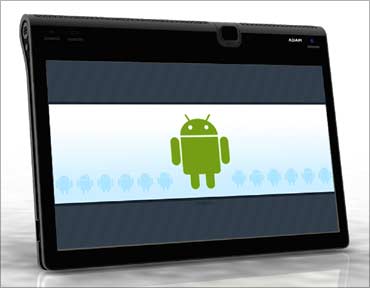 Adam is just the first. There is going to be a series.

I am mostly self driven, but whenever I need to look up to someone, it's my mother.