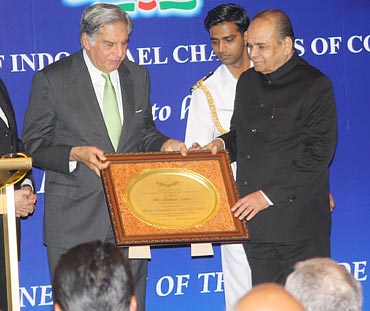 The Federation of the Indo-Israeli Chambers of Commerce (FIICC), on August 6, bestowed the 'Businessman of the Decade' honour upon Ratan Tata, who heads the $71-billion Tata empire.

Incidentally, Tata is set to retire in December 2012 when he turns 75, and speculation over his successor to the multi-billion dollar empire is rife with names like Ratan Tata's half brother Noel Tata, former Vodafone chief Arun Sarin, PepsiCo chief Indra Nooyi, and the chairman of the Unique Identification Authority of India Nandan Nilekani.

During the presentation ceremony, Ratan Tata refused to comment on the succession plan. When asked by the mediapersons to shed some light on the five-member committee formed to find his successor Tata said: "Maaf kijiye, abhi nahi. (Please excuse me, not now)." 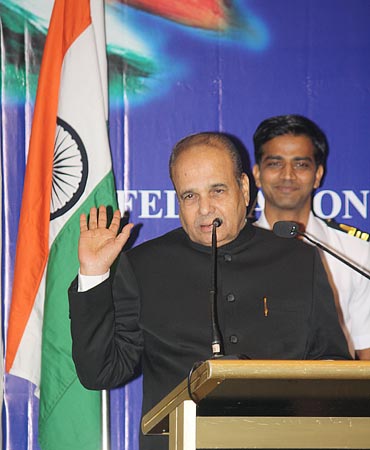 Speaking on the occasion, the doyen of the salt-to-software Tata empire expressed his gratitude to the FIICC for honouring him with the Businessman of the Decade award.

"Thank you so much for such great honour and this rather humbling introduction. I am deeply moved and I hope I can live up to the expectations you have as to last for 10 years."

He was visibly embarrassed by the praise showered on him by all the speakers who spoke in his honour.

"May I also say that I have been sitting in the front row and have been grossly embarrassed by these many words of kindness, much of it unwarranted," said a humble Tata.

The Maharashtra Governor addressed Tata as being the personification of honesty, integrity and inspiration. He later went on to praise the founding fathers of the Tata empire for their role in shaping a modern India.

"I feel it is my great honour to present such an honour on Ratan Tata," he said. 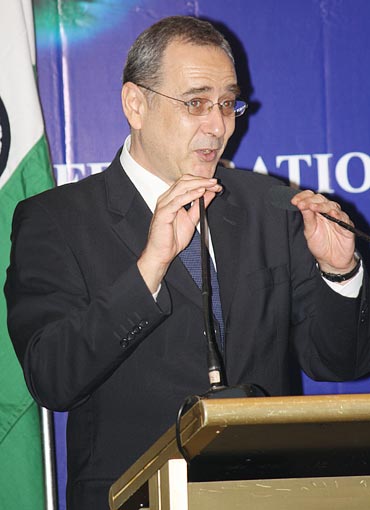 Israel's Ambassador Mark Sofer began by recounting his first conversation with Tata and how he was completely overwhelmed by his humility.

The FIICC has made an excellent decision of giving the award not only to one of the great industrialists of India but of the entire world, he said in his praise of Tata.

Reflecting on Tata's humility the Israeli ambassador said that he was pleasantly surprised to receive a phone call from the man himself six months into the office in India.

Recounting that incident which took place only six months after he assumed office in India, Sofer said one day he was surprised when he got a call from Ratan Tata.

"I still remember that conversation when Mr Tata called and asked if he was speaking to the Ambassador. He asked me if I had a couple of minutes to speak to him."

"In the first couple of minutes, two things struck my mind. The first thing was what do I say? No, I don't have couple of minutes for you. Call me back after five minutes and my secretary will take the call," he said in his praise of Tata which the latter later said was the reason of his 'gross embarrassment' that evening. 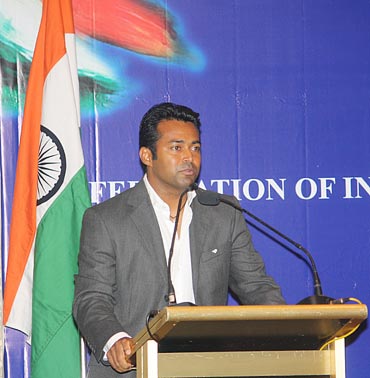 "The second thing that struck me was the humility of the man of the stature of Ratan Tata that he didn't take me for granted. He was seeking my permission to talk to me," he said.

Tennis ace Leander Paes who came directly from a tennis tournament said he had won four of his Wimbledon's by staying in 51 Buckingham Gate, a Tata property in England.

"Ratan Tata is not only an icon of the business fraternity in India but an icon of humility," Leander told rediff.com.

He rushed out as soon as the award ceremony was over. "I am flying to Canada to play in the Rogers Cup in Canada."