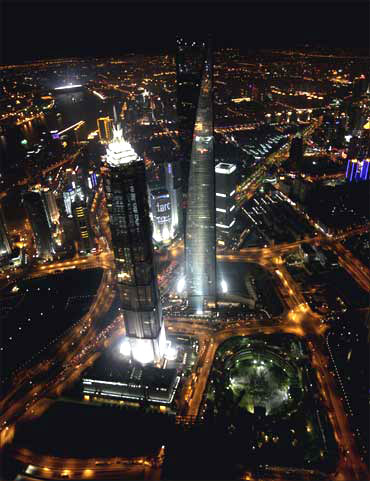 The politicians, media and Indians would fall over each other in congratulating themselves for the nation's performance. There would be full page advertisements in all national and regional dailies. TV channels would debate on prime time for days on end, i.e. till the next big story broke out.

Sonia Gandhi would repeat her mother-in-law's slogan of the 1970s 'Garibi Hatao', and pass one more law saying, 'Housing and Food to all is a fundamental right'.

Manmohan Singh would smile indicating that India had attained this status because of his economic policies supported by Telecom Minister A Raja and Suresh Kalmadi of the Commonwealth Games fame.

Like his grandmother Rahul Gandhi would say corruption is a worldwide phenomenon. Respected Pranab-da would head a Group of Ministers to investigate how India became the third largest economy without fiscal stimulus.

Somewhere in the skies, the architect of India's economic reforms (former prime minister) Narasimha Rao would wonder why everyone had forgotten him. Atal-ji would write a poem on India. Advani-ji and Jaswant Singh would together author a book on Jinnah.

The Bharatiya Janata Party would say we scripted India's progress, were the pioneers of PSU divestment and the first to urge Indian corporates to buy foreign companies; the Tatas took our advice seriously.

Dalit ki beti Mayawati would boast that India could never have progressed but for the writing of the Indian Constitution by Dr Ambedkar. Further, it was due to the blessings of the recently made statues in Uttar Pradesh that India progressed. 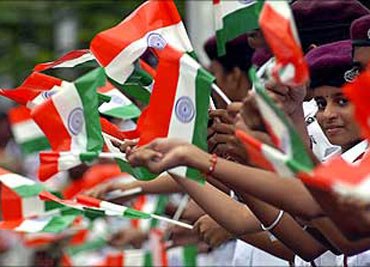 The Congress and the Lef state governments of Assam and West Bengal would take credit for some of India's architectural marvels like the Konkan Railways because these were built by Bangaldeshis.

After all, if they had not turned a blind eye to illegal infiltration how would crores (millions) of Bangladeshis have become Indian citizens today?

The Leftists would term India's progress as hogwash, stating that millions of Indians are poor and hungry. Mamta didi would say that India will outperform others if she became chief minister.

Aging Karunanidhi hoped that had Tamil been made India's national language, it would take India to the next level but alas !

Balasaheb Thackeray would proudly say that India progressed despite of the demolition of the Babri Masjid. Narendra Modi would add that India was only following the footsteps of Gujarat and Gujaratis.

The Maoists ambush security forces regularly --nothing has changed!

The surge in growth rates makes the Ambani and Thackeray brothers realise the importance of unity. The petroleum ministry is relieved but the Congress-NCP leadership is worried! 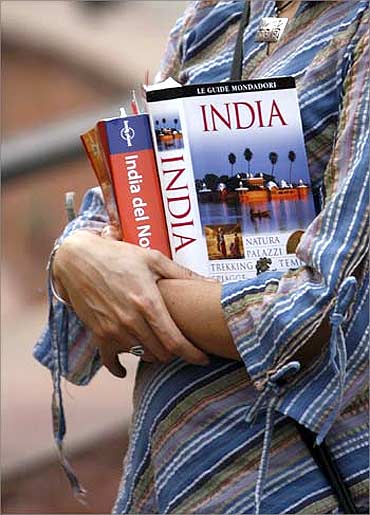 When India grew at under 5% the nationalists squirmed since it was called the Hindu rate of growth. Not any longer.

Now let us look around the world.

The British strategists are stunned! They ask themselves, we partitioned India, divided her into Aryan and Dravidian and by caste/religion, yet how did she progress?

The Pakistani generals wonder: "Yeh Indians kis mitti ke bane hai? In spite of relentless export of Jihad these kafirs show no signs of giving in."

The average Pakistani will quote Dr Ambedkar's 1941 book (http://www.esamskriti.com/essay-chapters/Thoughts-on-Pakistan-by-Dr-Ambedkar-6.aspx) to argue that before Independence Hindustan contributed about 75% of undivided India's revenues and subsidised the predominantly Muslim Indian Army.

Since India's growth rates have leapfrogged can she subsidise the Pakistani Army again? We are after all the same people!

The United States says -- you still need our help to deal with the rogue state of Pakistan. The Chinese dismiss India's progress. Strategic encircling of India is to keep their foreign policy team occupied!

The French ask India to buy their nuclear power plant with no cap on liability. The Germans rediscover the Indian-Aryan connection. 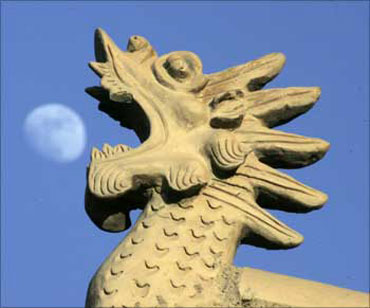 The British Chancellor pleads with Indian CEOs to buy out more factories in Britain. Visits to Bombay House, Chennai and Bengaluru become more frequent! He promises to return all Indian artifacts lying in the British Museum London (To see pictures http://www.esamskriti.com/around-world/British-Museum-London.aspx) provided Indian companies create 50,000 jobs in his country.

But there is a problem! Capitalizing on these relations means openly acknowledging India's Hinduness.

The pseudo secularists are up in arms. A PIL is filed in the Supreme Court. What follows is a furore in the Lok Sabha with the BJP and the Congress at each other with daggers drawn.

The day ends with a three-hour debate on prime time television. Sri Sri Ravi Shankar, among others, tries explaining the concept of Sanatan Dharm to Constitutional experts . . . but how can a country that is based on the Westminster model understand the concept of dharma?

Yet, for some, nothing changed. The Pakistanis continue to export terror to India because the day they decide to love us they will cease to exist as a separate nation. The World Bank continues to lend to India, foreign postings required!

Missionaries continue to pour crores of rupees (billions) into India (http://business.rediff.com/slide-show/2010/apr/13/slide-show-1-do-foreign-contributions-to-india-impact-security.htm) and convert poor Indians in the name of social service.

Media reports indicate that Dawood Ibrahim Kaskar rediscovers his Maharashtrian roots but can any Indian government grant him amnesty? 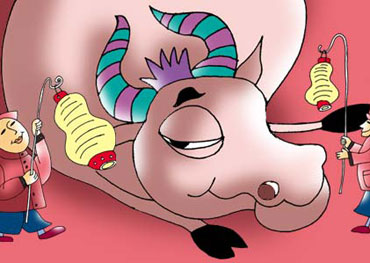 At the end of all this I wondered whether Indians were better off not being the world's third-largest economy! How does this affect aam aadmi?

The thoughts expressed above a slice of satire. If I have offended any individual or group my sincere apologies in advance since that was never my intent. - Author)

On a serious note, some Indians are eager to declare India as the next superpower. We must learn from the Chinese who have underplayed their becoming the world's second-largest economy.

A nation which is confident of its abilities need not shout from the rooftops to say 'We are the next superpower' and behave like a man who brags about his competence. 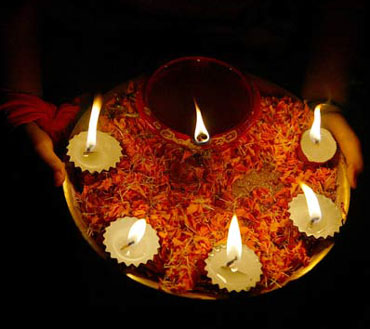 Image: India must reach out to the world without letting our guard down.
Photographs: Reuters

Vallabhbhai Patel did not give himself the titles 'Sardar' or 'Iron Man of India'. The people he worked with did. The title is a reflection of his contribution to India and the tough decisions that defined India's borders.

We must work quietly with the firm belief that we reap what we sow. India's time has started yet she has a long way to go. She must stop looking up to the world for appreciation or approval.

The day India truly arrives, the world will speak to us differently. The humble and aware will sense the difference.

We must reach out to the world without letting our guard down. A strong nation is one that has the ability and will to fight but chooses to restrain itself till provoked.

We need to be patient, increase agricultural productivity, allow Indians to realize their potential, acquire more companies abroad, share our wealth with the needy, derive strength from India's past and remember these words of Sri Aurobindo: "Our first necessity, if India is to survive and do her appointed work in the world, is that the youth of India should learn to think -- to think on all subjects, to think independently, fruitfully, going to the heart of things, not stopped by their surface, free of prejudgments, shearing sophism and prejudice asunder as with a sharp sword, smiting down obscurantism of all kinds as with the mace of Bhima ". (India's Rebirth).