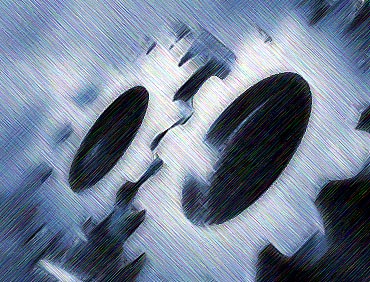 The question has long been asked: why can't India score greater success in manufacturing, especially the export of manufactured products?

The answers have varied (high infrastructure costs for power and shipping; unhelpful labour laws; etc). One causative factor that has been ignored is the very success achieved in the export of services, which now prevents a manufacturing thrust.

That may not seem an obvious reason, but the argument is simple enough: India has a $118 billion deficit on the trade in goods (goods imports are a staggering 65 per cent higher than goods exports, which last year totalled $180 billion).

In the ordinary course, such a massive imbalance would lead to a drop in the value of the rupee, which would make exports more competitive, imports more expensive, and eventually yield a better balance on trade.

This sequence is short-circuited because India also has a massive surplus of about $75 billion when it comes to the trade in services (like software, but also the export of people who send remittances home). 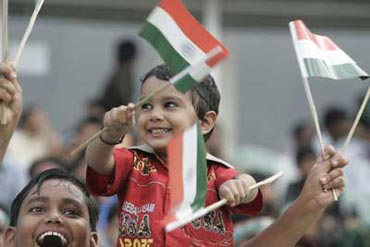 This reduces the net deficit on the 'current account' to a manageable figure that is more than covered by the inflow of capital. The excess inflow thus boosts the country's foreign exchange reserves and has the perverse effect of pushing up the rupee's value.

Although Indian inflation has consistently been higher than American inflation, the rupee's dollar value today is not very different from what it was at the start of the decade.

This is upward valuation in real (i.e., inflation-adjusted) terms, and puts even more pressure on manufactured exports, especially when China is busy under-valuing its currency.

What should policy-makers do? They cannot tell Infosys and Tata Consultancy to go easy on the ground that their very success in software exports is undermining the competitiveness of Indian manufacturing.

Nor can you tell migrant Indian workers to stay home when there aren't enough job opportunities here. The third option, of blocking the capital inflow, is also unattractive for a variety of reasons. 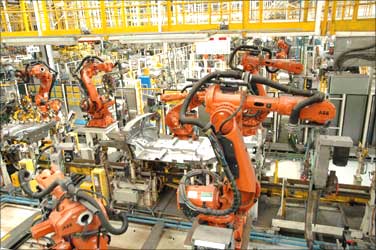 The only option then is to do something about the other reasons why Indian manufactured exports have not done well.

But that, it would seem, is beyond the capability of the system -- at least in the medium term.

The transport network and linkages do not compare on speed or cost with that of rival economies, electricity costs more than it does elsewhere, and despite widespread unemployment, there is wage inflation because of the shortage of skilled people.

The cumulative impact of all these systemic inefficiencies, plus irrational industry-specific policies, presents a formidable hurdle for exporters -- which is one reason Bangladesh has made a success of its textile exports while India has not. 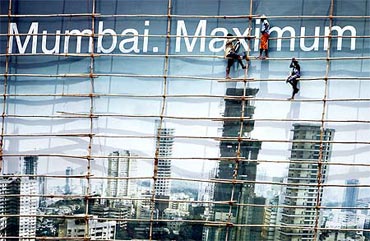 The only answer that is left, it would seem, is to go for the enclave solution. Tamil Nadu has shown how this can be done by creating an industrial hub outside Chennai, which will be linked by a dedicated, high-speed expressway to the Chennai and Ennore ports -- facilitating the export of (among other things) tens of thousands of cars by companies like Hyundai and Ford.

Gujarat hopes to create its own enclaves, using the opportunity provided by the proposed Mumbai-Delhi transport-cum-industrial corridor.

The special economic zones (SEZs), which this newspaper has criticised in the past because of the tax losses involved, are yet another attempt at finding an enclave solution to the problems faced by manufactured exporters; and the figures suggest that the overwhelming bulk of export growth in the last couple of years has come from the SEZs -- which becomes a clinching argument.

Enclaves are always a second-best solution to achieving system-wide efficiencies, but it would seem that that is the only practical option left.