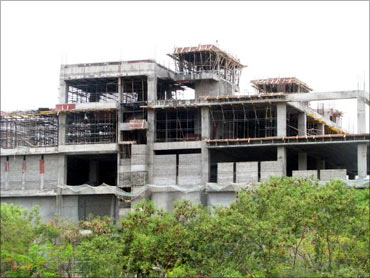 Siddharth is a disturbed man today. Three years ago, he paid over Rs 40 lakh (Rs 4 million) from his hard earned savings to buy a good apartment. But he is yet to get the possession of the flat.

The property is under some dispute and he doesn't know if he will get the apartment or get due compensation.

Siddharth he is not alone in this buyers' crusade against builders. Disparity between built-up and carpet area, bad construction quality, price hike, change in lay out plan, et cetera are just a few of the complaints buyers have leveled against builders.

Despite the inflated rates, bad management, and several issues that have affected thousands of consumers, builders just get away.

"There are cases wherein builders have been forced to give compensation following a verdict at a consumer court. But by the time the verdict is out, the purchasing power of money is much less. If a person has invested Rs 10 lakh (Rs 1 million) five years ago, what is the point of getting the same amount back after five years when property rates are rising every year?" says a buyer.

An IT professional who bought her apartment for Rs 42 lakh (Rs 4.2 million) in Bangalore in 2006 was shocked to see cracks in the new house when the builder had stressed so much on the quality of construction.

"My house has poor fittings, (the apartment block has) no club house and common areas as promised. The built-up area is 1,605 sq ft and carpet area is 1,350 sq ft. I have never checked if these are correct. Even if it does not match, I know I will not get any compensation from them," she says.

However, there are several cases where buyers have received a good compensation as well. "A buyer got the entire amount reimbursed with 12 per cent interest and compensation for mental agony and legal costs," points out Saxena.

Click NEXT to read which builders are in the complaint list...and what precautions you need to take before you buy a house... 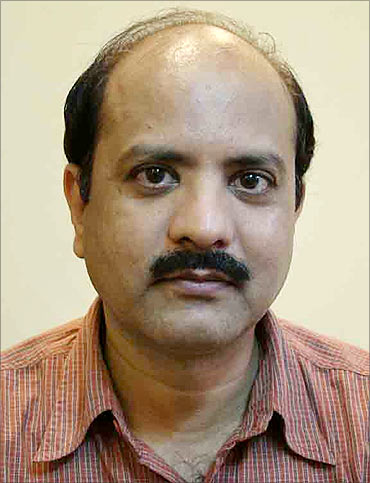 What kind of grievance do the buyers have?

Do you see more complaints of carpet area/built up area difference?

Yes, some buyers who are aware of this do complain about this, but most of them do not know the difference between the two.

What can the buyer do if he feels cheated? 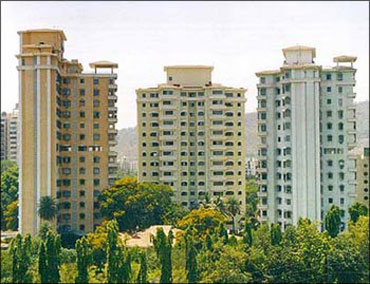 What kind of compensation do buyers seek?

What kind of precaution should a buyer take before he buys apartment?

Click NEXT to read how people have been duped by builders and how they are fighting it out... 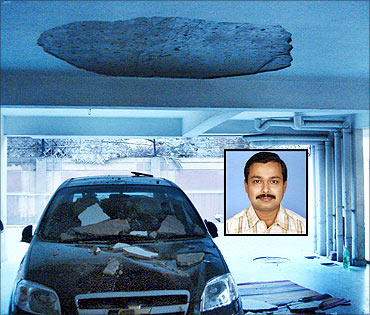 It is terrible situation for Ashish Kumar who bought a flat in Kolkata. His car got damaged due to bad construction of the parking lot roof.

I bought a flat from a famous builder four years ago for Rs 22 lakh (Rs 2.2 million).

The apartment is badly constructed and we are facing a leakage problem. During the rains, the walls become damp. To add to my woes, the plaster of the ceiling fell on my new car and it was badly damaged. It is more than a year now. I approached the builder several times, but they were indifferent.

So I approached the consumer court in October 2009. It is going to be a year now but nothing has happened so far. I had to spend Rs 50,000 to repair the car and now it is parked outside, when I have paid for this parking lot. 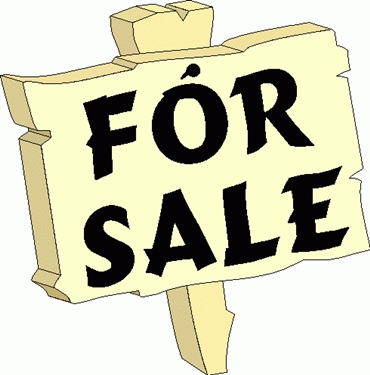 Adarsh (name changed on request) does not want to disclose any details about the builder or the plot as he has won a battle on his own. He feels if he reveals details things may backfire.

He says we must fight builders who are unscrupulous, but what can one do when one's hard earned money is at stake?

I booked a plot three years ago and made 95 per cent of the payment as per the builder's requirement. Since I was working at a far off place, I could not go and check.

They had specified that we give money as per the development linked installment otherwise we had to pay a high penalty. I had taken a loan and was paying interest on it.

Two years later, I was shocked to discover that no development had taken place as promised. I got really worried and approached the builder. They made some lame excuses. I though about approaching the consumer court but then realized later that the verdict -- even if it is in my favour -- will not help me. I wanted a replacement. It took me months and several rounds of pressuring and talks to get my plot shifted to a place where some development was taking place.

I had some good contacts so it helped me. What about ordinary people who cannot do the same? They continue to suffer at the hands of these builders who are only interested in money. 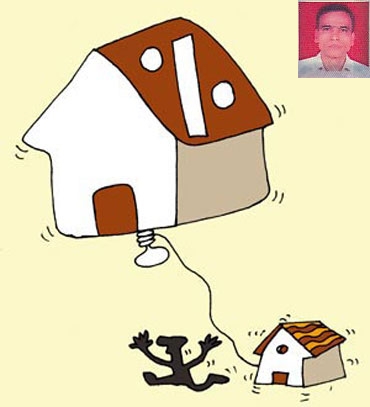 Babu Amin is facing a problem with a high-profile builder in Mumbai after he booked for a flat in Mumbai.

This was not told when we booked for the flat. When I refused, they said they will not refund the booking amount of Rs 27,000. I felt so cheated. They are using fraudulent means to grab money.

I have lost faith with these people. This happened in August last year. I filed a case with the police. But they said I have to follow the procedure and approach the court.

I approached the International Consumer Rights Protection Council which has sent a legal notice to the builder. But they have not responded. I don't think they will. We will take the matter to the court and it will take its own time. 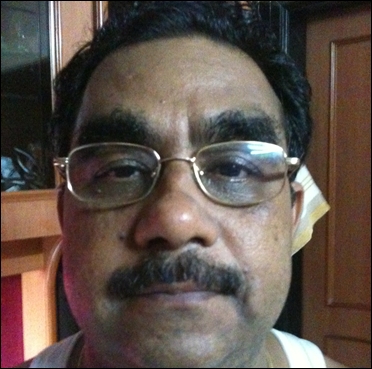 Prakash Chawla is also facing a tough time fighting a case with a well-known builder who has high-profile projects all over Mumbai.

There was so much of fanfare when the builder announced this project at Dombivili. They had made a pandal, attracted a huge crowd, etc during the booking time. Many announcements were also being made. There were many like me who paid Rs 27,000 as the advance for a flat at the project.

We were made to sign a paper, which was not returned to us. However, a receipt was given.

It is partly my mistake also that I did not read the letter before signing. But it was all done in such a hurry that we really did not get the time. They also did not bother to give a copy of the letter we signed. Anyway, after sometime, I wanted to cancel the booking as I got a better option. Now, they refused to refund the money.

I told them if they want to deduct some administration costs, etc, they can deduct it and refund the money but they did not listen. It has been six months now. Now I am forced to file a case.

But who has the money and time to run after court cases? These builders have their legal experts and they just get away. It is so difficult for common people to fight again them. 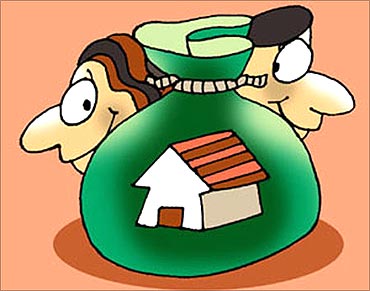 A harassed Soumen Haji has won a battle against the builder after struggling for a year.

I approached the ICRPC and filed a case in the consumer court for a compensation of Rs 237,000. Now the builder said he is ready for an out of court settlement for Rs 137,000 for the losses and expenses I incurred. I realised that instead f waiting for a verdict it would be better for me to accept this now.

I have signed an agreement with the builder. I have received Rs 50,000 and the rest is assured to be given to me by February 2011. They have promised to return my cheques and the rest of the payment. So for the time being, I am relieved.

'Go for developers with a proven track record' 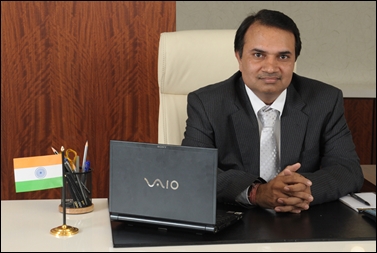 We come across many people complaining about builders in terms of carpet and built area, poor construction, delay in completion, inflated rates, etc. What would your response be to such complaints?

It is of utmost importance that customers select builders/developers with a proven track record. This will ensure that they get good quality product and also timely delivery.

Ensuring minimalistic or no complaints is the outcome of standard operating procedures being followed right from the time of evoking consumer interest in a said property.

A builder/developer is bound to give the customer the clear dimension or area statements, including carpet or built-up area during sale. It is important for customers not to get carried away on account of market dynamics or any kind of non-authentic information, and should clearly analyse and understand these areas to avoid disappointment.

What is the positive or negative feedback you have got from customers?

At Omkar, transparency with customers is a core value that we instill in our team.

We have not received any negative feedback so far. The credit lies in the procedures adhered to. Hence, from the time a customer walks into our office our customer relationship management (CRM) team handholds him through the paper work (stamp duty, registration), organising bank loans, timely updates until the final delivery of project, etc.

We specify project amenities right at the beginning, hire the best contractors with proven track records to ensure quality and timely delivery. The customers are clearly explained the area calculations during sale so as to avoid any disappointment during delivery. A copy of that statement is signed and acknowledged by the customer. We also manage the property till the society gets formed.

How do you address the customers' grievances?

We haven't got any kind of negative feedback till now. But should there be a situation that arises in the future, we are aligned towards ensuring that the customers' grievance is addressed.

How are your sales doing? Have sales fallen as rates have gone up?

We have successfully achieved all our sales figures and are planning to launch an additional 6-7 projects within the next six months.