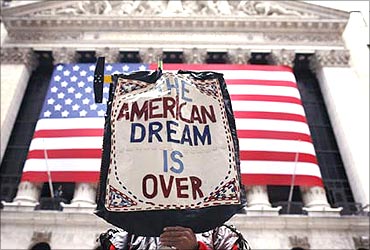 India may drag US to the World Trade Organisation for its new "protectionist" move in hiking professional visa fees, a step that will make Indian IT companies less competitive in the American market.

The fee hike is expected to cost Indian companies, mainly IT outsourcing firms, about $200 million annually. India "cannot keep quite" on an issue that hurts its commercial interests, Commerce Secretary Rahul Khullar said on Tuesday, making it clear that moving the WTO on the matter is being considered seriously.

"Yes this (visa fee hike) is WTO incompatible... I will take up the matter under advisement," Khullar told reporters when asked if India was considering to drag the US to WTO on the issue. Khullar said the hike in H-1B and L-1 visa fees is a protectionist move that would also hurt the US interest.

"If the US wishes to put up its protectionist barriers to hurt itself let them do it. But where a measure is specifically targetting my commercial interest I cannot keep quiet," the Secretary said.

Under the Emergency Border Security Supplemental Appropriations Act, 2010 -- popularly called the Border Security Bill -- the US has hiked fee for certain categories of H-1B and L1 visas by at least $2,000 for the next five years. 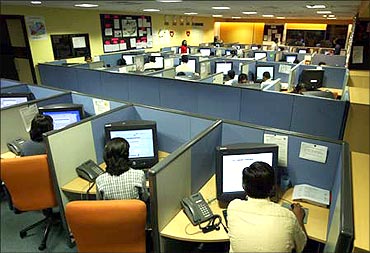 US says the hike will help it foot nearly $550 million, out of the proposed expenditure of $650 million, on increasing security along the US-Mexico border.

Like India, American Inc has flayed the US government's move, which will hurt Indian IT companies the most, saying that the law would undermine investment relations with India.

Corporate America has come down heavily on all those in the US who, of late, have been alleging that Indian companies grab most of the H-1B work visas and take away American jobs.

In the latest report on immigration, US Chamber of Commerce, which is world's largest chamber with more than three million members, asserted that such allegations against Indian companies is "hyperbole".

However, the US Administration said the measure, "makes sense" and would in no way undermine "robust and vital" ties with India.