'Fast-growing millionaires in India are coming to Audi' 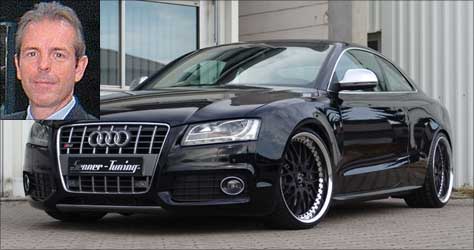 Audi came to India in 2007, much after Mercedes and BMW. Though the market for luxury cars is tough, it has begun to expand at a brisk pace. Audi India managing director Benoit Tiers has his task cut out - he needs to establish the brand, set up a dealer network and convince buyers that his machines are better than those of rivals.

The last bit is easier said than done; all three - Mercedes, BMW and Audi - represent the best of German automotive engineering. It's a tough choice for the consumer. Tiers lets out some strategies in a conversation with Business Standard.

You had started with two channel partners, the Bhartias (of Jubilant Organosys) and Amit Burman (of Dabur). Have you expanded since then to new partners?

We have 12 locations and 11 different partners in the country. Burman is not an Audi partner at all.

The Bhartia family is definitely our dealer in Bangalore and Chennai. We will expand to Kolkata and Jaipur soon, and open a new dealership in Delhi. Mumbai will get a new dealer in the first quarter (of 2010).

We will expand in Chennai. We are also looking at Coimbatore, Lucknow and Nagpur. further. . .

'We really want India to be a benchmark' 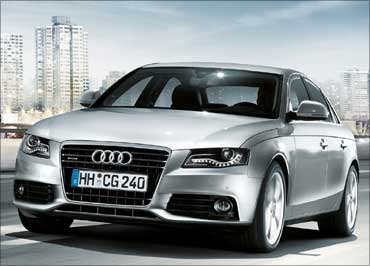 How quickly can an Audi dealer break even? What volumes are required for that?

Today, we are targeting only the big cities for Audi because this is where our customers live and this is where the market is. We invest in a dealership so that it has the latest Audi architecture. We really want India to be a benchmark in terms of facilities.

Our dealers sell a minimum of 100 cars in a year that leads to the 1,600 cars that we sold in 2009. We have grown 59 per cent in 2009. So the volumes for the dealers are increasing at a very high rate. And we are confident that the dealers will break even in a reasonable period of time.

A hundred cars in a year are good enough to break even?

It's the minimum to start an operation. But the market is growing very fast; so, this is not what we are targeting. But a city cannot be targeted for a dealership if the potential is below 100 cars. From 100 cars, we investigate the feasibility further with our partner.

We look at a business case for the dealers to be profitable in a maximum of three years. In Gurgaon, when we started on January 1, 2008, we were thinking we will do about 200 cars in a year; last year (2009), we actually did more than 400. The brand has found its customers. More and more people are interested in the Audi brand. further. . .

'The dealers are independent partners' 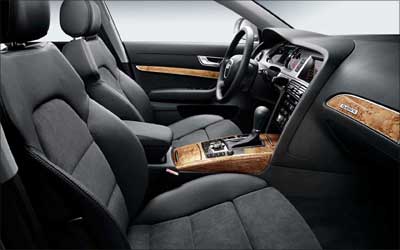 This means, one-fourth of your sales in 2009 came from just one dealer?

This is the biggest dealer. But you have to understand that we have opened new dealerships during 2009, so many of our dealers did not have a full year of activity.

But cities like Ahmedabad are doing almost 200 cars. Dealers who have been around for one full year are all doing above 200 cars each.

Given real estate costs, how much does an Audi dealer need to invest?

Real estate costs are high but also very different between cities. We do look carefully at this because there is no sustainable business for us if our partners cannot make profits. Every case is different. The dealers are independent partners and they put up their own business based on our recommendations.

So far, the locations we have found in every city are extremely nice. The business case has worked perfectly for each, just like we wanted. further. . . 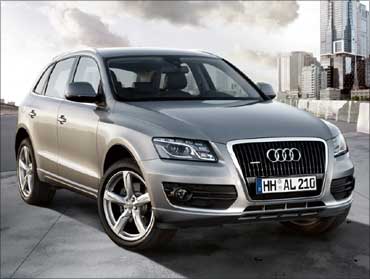 Do you go for downtown locations in a city or do you look at suburban business districts for an Audi showroom?

We want to be as close as we can to our customers. That means not where they live but where they are in the habit to purchase.

So, in cities like Jaipur we will be in the centre, but in Delhi we need to be in Gurgaon and Mathura Road (where most car companies have their dealerships).

We need to know where the automotive hub is and where our customers go for purchase. The dealership is the first advertisement of the brand, so it must be at a location where any passerby says, "Here is Audi." further. . .

'India has the fastest-growing rate of millionaires' 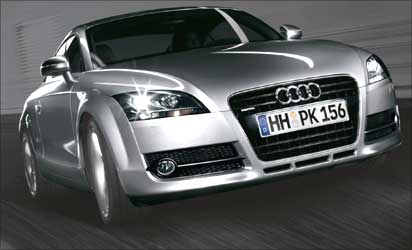 Who are your customers? Is it anybody who has an annual income of over a crore of rupees?

In India, the population has a lot of contrasts. The average income is extremely low, compared to the 1 per cent of the population that is extremely wealthy. The price of our cars means that we target this very top luxury customer of which there is no typical profile.

We have a lot of customers who are businessmen; we have customers from the fashion industry, television, film industry, sports. It is a mixed profile. We are looking at positioning Audi as a brand that is progressive and sophisticated.

We do see that our customer profile is younger than the typical luxury car buyer. They are between 35 and 45 years, which is less than top luxury brands that is 45 and above. The success of our sports utility vehicle (the Q5 and Q7) also points in that direction.

India has the fastest-growing rate of millionaires in the world because a lot of people make substantial profits from their investments. And these customers have started to come to our brands. further. . .

'You cannot compare India and China' 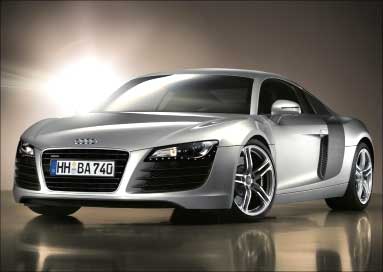 How many Indians do you think can afford to buy an Audi?

At the moment, one per cent of the population. That means 10 million people. But not all of them do it. Surprisingly, in India, when people have money the first thing they buy is gold, then a house and then a car.

In Europe, it is different. House comes first and car comes second. The cultural habits are different but we definitely see a trend where the car is taking more and more space in the purchasing habits of customers.

You cannot compare India and China because the market structures are different. But what we can learn from China is that in less than 20 years, we came from zero to 150,000 cars. I believe similar growth is possible in India. But there are some specificities of India like (import) duties which make the business case a little different.

We have started CKD operations (assembly of imported completely knocked-down kits) to have an affordable price for our products. I do believe that India will grow and will probably be one day a market as big as China.

'India is becoming an export hub for cars' 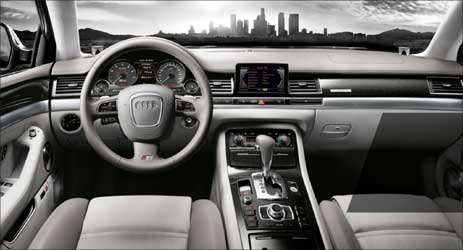 Do you think Audi prices can be brought down in India?

A lot of our customers travel all over the world. And they know the price of a luxury car abroad and what they have to pay in India. I think we all understand the reasons behind the (high) duties.

But I believe in the future, in the mid term at least, the duties might go down. India is becoming an export hub for cars. At a certain point of time, I hope there will be some opening up from both sides.

Your volumes are way below Mercedes and BMW. How do you persuade people to buy an Audi and not other brands?

Audi is number one in Europe and China. It will soon become number one in this segment worldwide. In India, it is a different story. We came to the country only in 2007. The brand awareness at that time was very low. In 2007, only 2 per cent of the new car buyers in India knew Audi.

My job is not to be number one in sales in India - it is to establish the brand and network, to make sure we have the best quality in India for manufacturing as well as service. Sales are a consequence of that. There will be a time when Audi will put more pressure on sales and then we will definitely target higher volumes.

Audi two years back was not in the purchase basket. Today, Audi there is 90 per cent. That's a very big step. further. . .

'There will be a full package for customers soon' 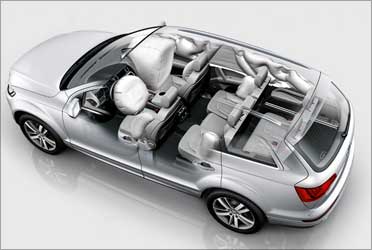 How much do you sell directly to large buyers like corporations?

They are still small. Out of the 1,600 cars we sold in 2009, roughly 100 would be to corporations. Some hotels have bought our cars. But we are getting into that business. We are recruiting into our team responsible managers for the corporate business. You will see more and more Audis in that segment.

How many of your customers pay in instalments?

Sixty per cent. We have established our subsidiary in India, Volkswagen Financial Services, which makes special offers for Audi customers. We did a little bit in 2009 and you will see more in 2010.

On top of it, we will extend the warranty programme as well as a comprehensive insurance programme. There will be a full package for customers soon.