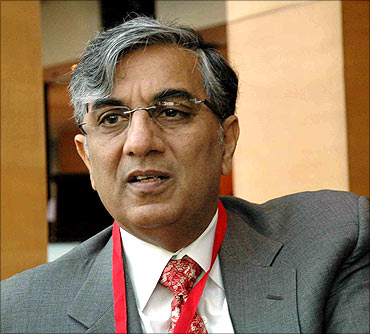 India to be an affluent society by 2039. The statement may raise many an eyebrow now but India 2039, an Affluent Society in One Generation, a book edited by Anil Sood and Harinder S Kohli, and published by Sage Publication India Pvt Ltd, stresses on such a possibility.

Washington DC-based Sood was in Chennai recently to talk to the Confederation of Indian Industry about how this vision could be achieved. After passing out of the Indian Institute of Technology, Delhi, Anil Sood went to the United States to do his masters from the Cornell University. Later, he did his MBA from Harvard Business School.

Sood worked for World Bank for 30 years, concentrating mainly on Europe, Central Asia, West Asia and North Africa. he also worked as an advisor to many social development organisations, including the United Nations Development Programme, African Development Bank, Economic Commission for Africa and the Islamic Development Bank in Jeddah.

As the chief operating officer of Centennial Group Holdings, he now looks after the development issues facing Mexico, Latin America and helps the Emerging Markets Forum.

In an exclusive interview with rediff.com, Sood talks about his book. Click NEXT to read the interview. . . 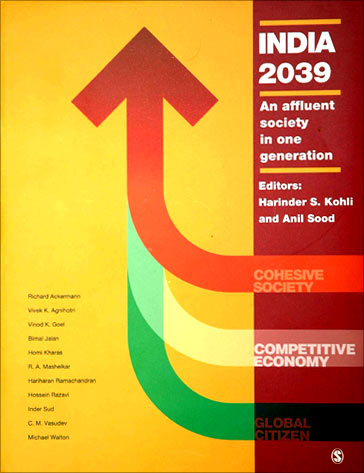 What do you want to convey to the readers through the book?

What we want to convey is, it is plausible to imagine that India can become rich or a high income country, in one generation.

The idea is to paint that bold vision, to point out the challenges that are to be overcome to achieve that vision and to invite debate on those challenges.

Which section of the society has to work to make India affluent?

I think it is a challenge for all stakeholders. It doesn't stop with the policymakers. The civil service, private sector, media, civic society and mostly people have to take an active role. By taking active role I mean people should demand better services and better governance.

Before the onus rests on the politicians, captains of industry, civil servants and policy makers, the urge has to come from the people. That could be the major driver.

The book portrays that if India continues with the same growth rate it has witnessed in the last few years, it could be a high income country in 30 years.

India's per capita income could be $20,000 a year which is like Portugal today. On the other hand, if we do not seize the present opportunity and let things slow down, India will have a per capita income of $5,000 only. Click NEXT to read further. . . 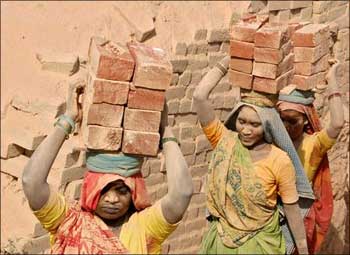 Aren't you painting a utopian picture of us becoming an affluent society in 30 years when 30-35 per cent of India's population lives below the poverty line?

It is indeed a very bold vision but it is by no means pre-ordained. Achieving the vision won't be easy. It would take great efforts on many different fronts -- education, urbanisation, infrastructure, etc.

Your book says in the next 30 years, there will be 300-500 million people in the urban areas. Won't that lead to urban poverty, which is worse than rural poverty? Is this kind of migration sustainable?

Yes, urban poverty is bad, and we are struggling at the moment. If you add another 300-500 million, it will compound the challenges. But those challenges can be countered.

In your book, you cited Gujarat as an example of better urban management.

We gave it as one example. Ahmedabad is regarded by most as the city running reasonably well compared to the other big cities in India. The larger cities have to be managed well for India to reach the higher level. That is a huge challenge.

The 60 largest cities in India will have a population of 200 million and they will be the clusters around which industry, education, research, etc will work. The benefits of urbanisation are needed for the economy.

I admit that the low income people in urban areas live in bad conditions. But we are only making projections. They are by no means a certainty. Click NEXT to read further. . . But today what you see is indiscipline and chaos in most of the cities. . .

Yes. Most of the cities are dysfunctional. They have to change. For that, they have to empower the cities to run themselves. Cities have no autonomy and they run out of resources. People do not see a connection between the taxes they pay and the services they get. Unless they protest, and demand accountability from the elected officials, things won't change.

In a country of docile people, will that happen?

It is a good point. That is where the media has an important role.

When we speak to the economists or the industrialists who have visited China, they say that it will take at least 20 years for India to catch up with China. In such a scenario, isn't India 2039 just a dream?

One of the points in the book is that there are a number of multi-generational issues which have very long gestation periods.

It is important that we should have started yesterday. But we can at least start today. That is the book's focus. Click NEXT to read further. . . 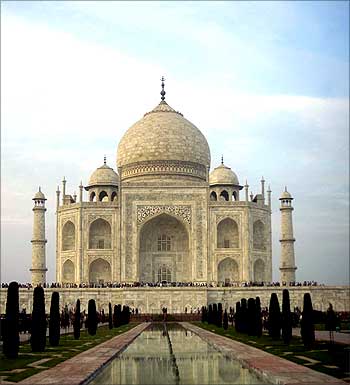 What, according to you, is the most important issue?

The most important issue is inequity along identity-based differences. There are special differences; there are states that are doing well and some not so well. Only the cohesive society has sustained growth.

You are planning to give the book to businessmen, politicians, etc. Do you expect positive action from all?

The purpose of such a book is to put the vision out there, ignite a debate and discussion.

What kind of response have you got so far -- cynicism or optimism?

Generally speaking, we have got optimistic response so far. Of course, there are people who ask us questions. But then we are not making a projection; we are just pointing out what it takes to get there.

Your book also talks about countries like Brazil, Argentina, etc falling into the middle income trap. It can also happen to India. . .

Exactly. That is the choice. On the one hand, there is a scenario where one could become a high income country, or be in the middle income trap. The gap between the two is huge. It is interesting to note where China is and where Latin America is. Click NEXT to read further. . . 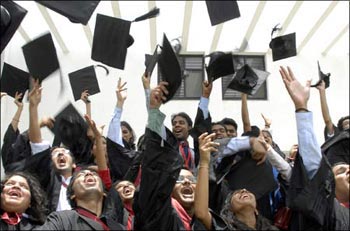 Now, China is the second largest economy in the world pushing both Japan and Germany behind. Did China achieve this because of the State? But what India has achieved so far, like your book says is, despite the state?

What we have pointed out is, there are lessons to be learnt. India is some 10-15 years behind China on a similar growth trajectory. If China could do it, India could do it as well.

Yes, it is said quite often by many that China has an advantage of the State. Of course, there exists a  difference between India and China.

There is nothing that precludes a democracy from improving its governance in a better way than a country that is not a democracy. Democracy should be viewed as strength and not as a handicap. See how the United States rose.

Did you choose such a title for your book because only if you dream big, you can achieve something close to that?

Yes, it is a dream! But it is a bold vision and it is plausible. The opportunity is there. The challenge is to grab it and build the consensus and the momentum.

You help the Emerging Markets Forum. What differentiates various emerging markets? Is it the people that create a difference?

India has the advantage of being close to China and East Asia, and that is going to be the growth centre of the world. Economic centre of gravity is shifting to Asia.