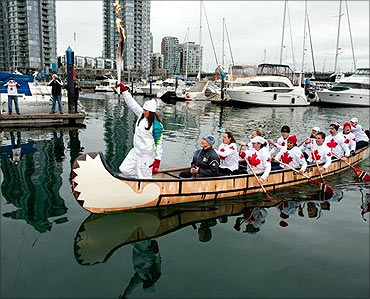 Australia and Canada are home to the world's top ten most liveable cities.

Vancouver, the city which is hosting the Winter Olympics, is the world's best city to live in, according to a survey by The Economist.

New York was ranked 56th, two slots behind London which was at 54, while Los Angeles ranked at 47. In Asia, cities in Japan, South Korea, Singapore, China and Taiwan all score well, as do Australia's main hubs.

The ranking scores each city from 0-100 on 30 factors spread across five areas: stability, healthcare, culture and environment, education, and infrastructure.

Meanwhile, The Economist also lists the worst cities to live in. The bottom 10 incldue: 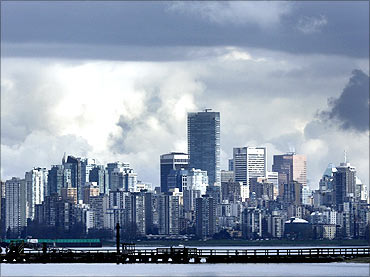 The eighth largest city in Canada, Vancouver tops the world's most liveable cities' list of 144 cities with a score of 98.0.

A city with beautiful scenery and a mild climate, Vancouver boasts of a high standard of living.

It is no surprise that the most desirable destinations are those with a lower perceived threat of terrorism, the survey stated. 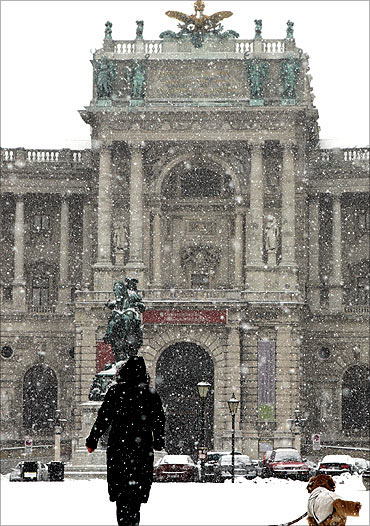 Image: A woman with a dog walks over Heldenplatz square in front of the historic Hofburg palace.
Photographs: Heinz-Peter Bader/Reuters

The capital of Austria, Vienna, has breathtaking natural beauty, numerous green expanses and parks.Vienna has a good combination of the old world charm and modern amenities. 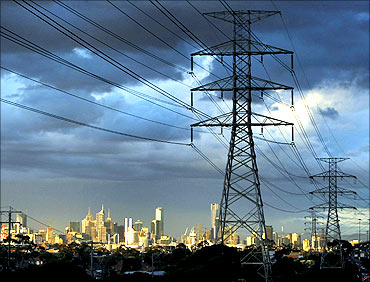 Melbourne offers the best of food and wine and is a haven for art lovers. 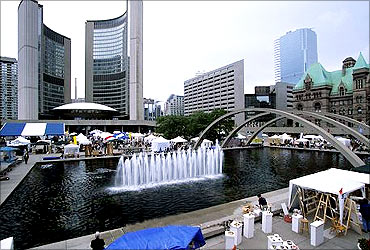 The financial and entertainment capital of Canada, Toronto is most ethnically-diverse city in the world. 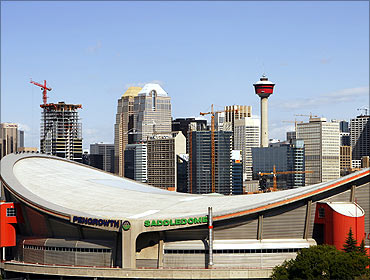 Image: The Pengrowth Saddledome stands as one of the icons of the Calgary, Alberta skyline.
Photographs: Todd Korol/Reuters
5. Calgary, Canada

Calgary is best known for winter sports and ecotourism. A modern cosmopolitan city, it still retains much of its traditional culture. 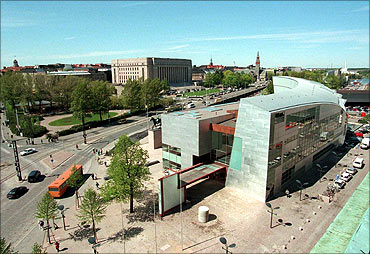 Image: Finland's museum of modern art, 'Kiasma' , in Helsinki with the House of Paliament in the background
Photographs: Reuters.
7. Helsinki, Finland

Helsinki is Finland's major political, educational, financial, cultural and research centre. It is one of the cleanest cities in Europe, ranks high in health and sanitation. 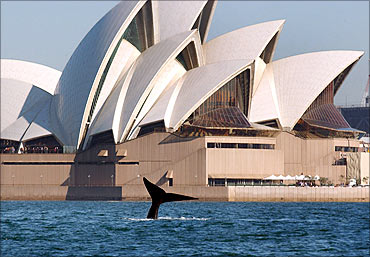 Sydney, the business gateway to Australia,  is a cosmopolitan city that is surrounded by beautiful beaches, world heritage sites and bountiful wine regions. 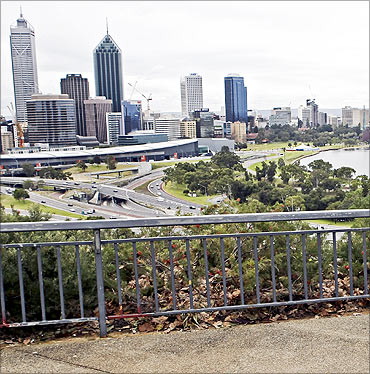 Perth and Adelaide share the 8th position. Perth is Australia's fourth largest city, with a growth rate consistently above the national average. It is a hotspot for business, entertainment, nightlife, culture and arts. 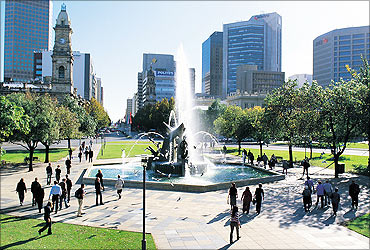 Adelaide, the fifth-largest city in Australia is famous for festivals, sporting events, food, wine and culture. 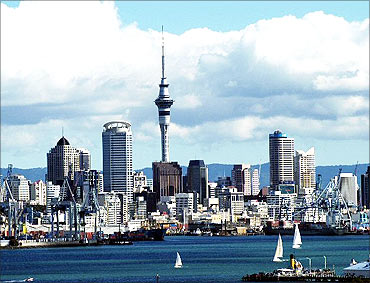