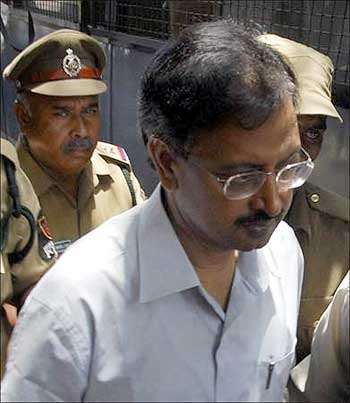 He belonged to a family of farmers, but always dreamt big. He worked his way to build one of India's top IT companies. It was a story that astonished the world. But the success story was short-lived. B Ramalinga Raju's rags-to-riches story went horribly wrong.

"I am now prepared to subject myself to the laws of the land and face consequences thereof," Raju said in a letter to Sebi and the company's Board of Directors, while giving details of how the profits were inflated over the years and his failed attempts to 'fill the fictitious assets with real ones'.

On January 7, 2009, after Raju's shocking admission, India's fourth largest IT company, lost a staggering Rs 10,000 crore (Rs 100 billion)  in market capitalisation as investors reacted sharply and dumped shares, pushing down the scrip by 78 per cent  at the Bombay Stock Exchange.

"It was like riding a tiger not knowing how to get off without being eaten," Raju wrote in the letter.

The Satyam scandal has become a story of never-ending  losses. ... 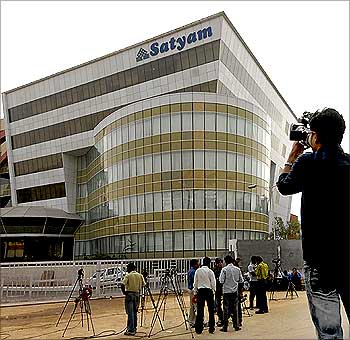 The Central Bureau of Investigation (CBI) said the loss suffered by investors in the fraud may rise to a whopping Rs 14,000 crore (Rs 140 billion), instead of the initial estimate of Rs 7,800 crore (Rs 78 billion).

The CBI filed the second chargesheet in Satyam scam against B Ramalinga Raju, and others, including recently arrested internal auditor of the company V S Prabhakar Gupta.

The chargesheet was filed in the designated court in Hyderabad accusing Raju and Gupta under various sections of the Indian Penal Code for allegedly indulging in siphoning off money to tax-haven countries, including Mauritius.

As per the chargesheet, "the accused forged board resolutions and unauthorisedly obtained loans to the tune of Rs 1,220 crore (Rs 12.20 billion) for Satyam Computer.

The chargesheet comes within days of the CBI team going to other countries to probe the alleged diversion of funds by Raju and re-routing back to India official sources said.

The funds were routed back to India via European nations as 'investments' in nearly 300 alleged fictitious companies floated in the name of his relatives, they said.

The CBI, which is probing the Rs 10,000 crore (Rs 100 billion) accounting fraud at Satyam Computer Services, has found during investigations that Raju had diverted big amounts to Mauritius from where the money was brought back to India via several European countries, they added.

The CBI has also charged B Ramalinga Raju, his brother B Rama Raju and eight others with creating fictitious customers and siphoning off Rs 430 crore (Rs 4.30 billion) from the IT firm.

Raju and his family-promoted firm Maytas Group, along with its other group companies, owe Rs 541 crore (Rs 5.41 billion) as income tax dues. further. . . 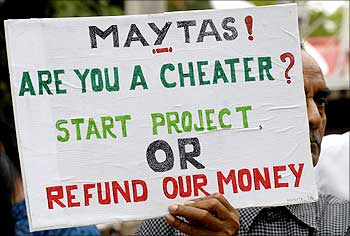 Everything was well concealed till the Maytas deal issue. The Maytas controversy raised several questions on Ramalinga Raju's integrity.

After huge protests, it was decided to call off the acquisition of Maytas Properties and Maytas Infrastructure "in light of the setback received from the investors community," Raju said.

"We have been surprised by the market reaction to this decision even though we were quite positive about the merits of the acquisition," Raju had said.

His problems rose after the World Bank barred Satyam from business, citing "improper benefits" given to Bank officials.

"The aborted Maytas acquisition deal was the last attempt to fill the fictitious assets with real ones. Maytas' investors were convinced that this is a good divestment opportunity and a strategic fit. Once Satyam's problem was solved, it was hoped that Maytas' payments can be delayed. But that was not to be," Raju said in his confession letter. further. . . 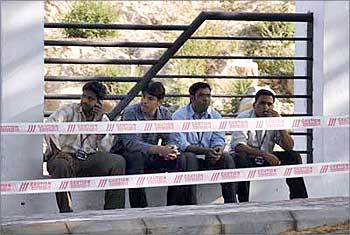 Satyam Computer Services was founded by Ramalinga Raju in 1987. After dabbling in businesses like construction and textiles, he decided to focus on IT.

During his stint in the United States, he realised that there was a huge market for outsourcing.

Many people in the US feared that the Satyam chairman would be responsible for taking away a huge chunk of jobs to India.

It was a terrific start and growth for a company he started with just 20 employees. He won several projects from American companies. Satyam's growth was remarkable. It became India's fourth largest IT company and soon it spread its wings across the globe. 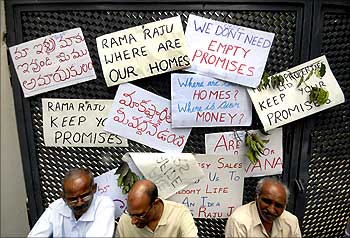 Ramalinga was born on 16th September, 1954 in Bhimavaram, Hyderabad.

Ramalinga Raju graduated from Andhra Loyola College, Vijayawada with a Bachelor's degree in Commerce in 1975. Then he did his MBA from Ohio University, USA.

He won the Ernst & Young Entrepreneur of the Year Services Award 1999, the Dataquest IT Man of the Year Award in 2000 and Asia Business Leader Award 2002.

The Ernst & Young Entrepreneur of the Year 2007 and the Golden Peacock Award for Corporate Governance 2008 were revoked following his startling admission of siphoning off crores from the company.

Ramalinga Raju's insatiable greed for land got him in trouble. According to an Economic Times report,  gardeners, drivers working in the farms, belonging to Raju brothers, were found to own more than 50 acres of land worth crores of rupees. He bought acres of land at cheap rates in villages across Andhra Pradesh. . . . 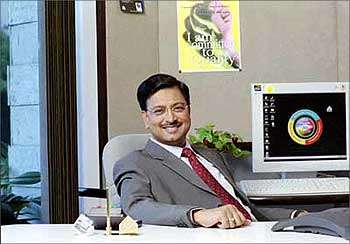 The Enforcement Directorate, which has attached close to 285 property worth over Rs 1,000 crore (Rs 10 billion) of Ramalinga Raju his relatives and others on the charge of money laundering, is now probing more such assets.

Official sources said while about 285 properties were attached by the ED through an order in August, the agency is now probing the financial trail of many other properties which have been linked to Raju, his relatives and others.

Raju has been in jail since January 2009 along with his brother and Satyam's former managing director Rama Raju, ex-CFO V Srinivas, two former auditors of Pricewaterhouse Coopers and three former employees of Satyam.

What will happen to Raju now? further. . . 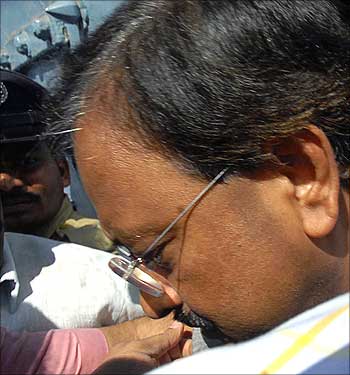 Ramalinga Raju has spent about a year in jail.

On January 6, a local court in Hyderabad adjourned framing of charges case against multi-crore Satyam case accused including IT firm's former chairman B Ramalinga Raju to January 20.

The case relating to hearing of framing of charges was pending in the XIV Additional Chief Metropolitan Magistrate as defence counsels had urged the court to hand over the documents relating to supplementary charge-sheet after its physical verification with original documents.

After physical verification, the court had handed over the documents on December 23 to nine accused, except the prime accused and Satyam founder Raju who is undergoing treatment for his hepatitis-C ailment at NIMS hospital in Hyderabad.

When the case came up, the defence counsel informed the court that Ramalinga Raju was unable to receive the documents as he is recuperating in the hospital.

Following the defence counsel contentions, the magistrate directed Ramalinga Raju's counsel to receive the documents on behalf of his client and posted the case to January 20 and also extended judicial remand of all the accused till same day.

Eight accused including two former auditors of Price Waterhouse were produced before the magistrate.

Another accused Suryanarayana Raju, who was on anticipatory bail was also present in the court. Later, all the eight accused were shifted to Chanchalguda jail. . . . 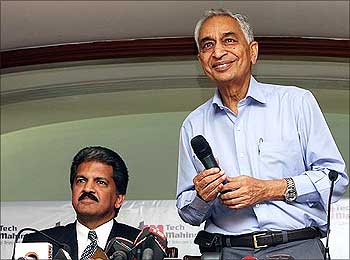 Today, Satyam has a new identity, it has been renamed Mahindra Satyam. Taken over by the Mahindra group, the company is trying to tide over the crisis.

For Satyam, 2009 was a year of losses. On November 25, shares of Mahindra Satyam plunged nearly 11 per cent on the Bombay Stock Exchange, a day after the CBI said the loss suffered by investors in the fraud may stretch to a staggering Rs 14,000 crore (Rs 140 billion), instead of the initial estimate of Rs 7,800 crore (Rs 78 billion).