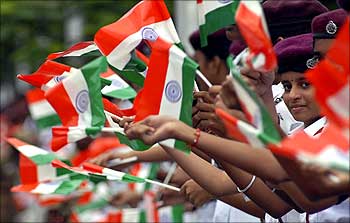 Photographs: Reuters BS Reporter in New Delhi
The United Progressive Alliance government has announced an estimated 2.5 per cent annual growth in employment and a possibility of creating 570 million (57 crore) jobs over the next five years, if an economic growth rate of 9 per cent is maintained.

The present work force in the country is estimated to be 520 million (52 crore).

The report on employment -- a first in a series of annual reports promised by the Centre -- is pitching for equity and inclusion of the majority of the workforce who are in the unorganised sector.

It also seeks for an increase in the share of the organised sector in the total employment of India -- particularly in the manufacturing and service sectors.

It has suggested labour reforms, parity in payment between regular and contract employees and creation of an urban employment guarantee programme along the lines of the rural employment programme that guarantees 100 days of work to all households in a year. 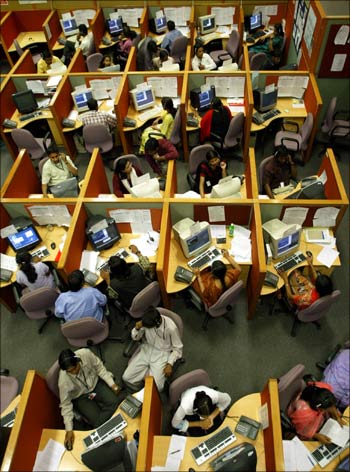 President Pratibha Patil in her inaugural speech of the present government had said that annual reports on labour, education, health, environment and infrastructure would be made available to the people.

The report by the Directorate General of Employment and Training, Ministry of Labour and Employment in its section on projections on labour force and work force examines growth trends in the labour market and says that since the economic growth was down to 6.7% per annum in 2008-09 as compared to 9% in 2007-08, employment growth had also decelerated significantly.

"Further, projections for labour force and employment for the year 2009-10 were followed by a projection of the same for the period 2010-2015 on a yearly basis. This yielded the total magnitude of labour force increasing from 520 million in 2009-10 to 574 million in 2014-15 implying approximately 10 to 11 million additional number of persons joining the labour force each year during this period," the report said. 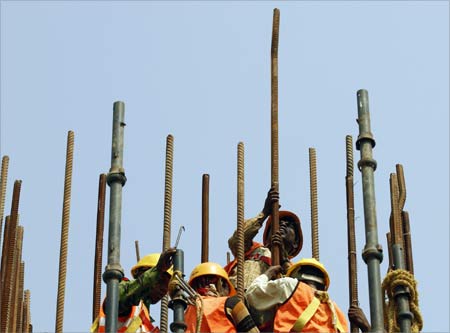 The estimates indicate that employment must grow at least at 2.5 per cent per annum for the next five years so that most part of the open unemployment including the additions to the labour force may be taken care of by 2014-15.

The estimates indicate that 2.5 per cent growth in employment is achievable with an economic growth of approximately 9 per cent provided the average employment elasticity of 0.29 observed between 1993-94 and 2004-05 continues. 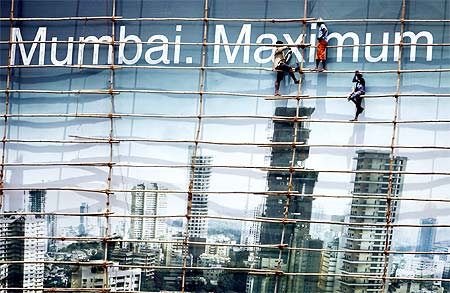 Employment elasticity with respect to GDP growth, however, can be enhanced by promoting labour intensive technology and sectors of employment with high labour capital ratio, it says.

It goes on to examine sectors which have generated more jobs  in the recent past. The report says recent studies have highlighted that manufacturing sectors such as sugar, food processing, industrial machinery, leather and leather products, jewellery, footwear, jute and mesta textiles, readymade garments, coir and furniture among others are labour-intensive sectors with an employment elasticity of more than 0.30.