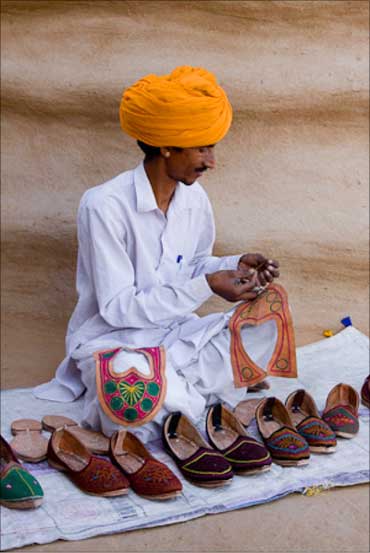 Without adequate growth of employment opportunities, the labour supply bulge could spawn major problems of unemployment, underemployment and low incomes.

I had pointed out that the demographic dividend was about the supply of labour; it said nothing about demand.

Without adequate growth of employment opportunities, the labour supply bulge could spawn major problems of unemployment, underemployment and low incomes.

In particular, nearly 60 per cent of the likely increment in India's population (and labour force) between 2001 and 2051 was likely to be concentrated in the "four populous, poor, slow-growing northern states (undivided Bihar, Madhya Pradesh , Rajasthan  and Uttar Pradesh ), with weak infrastructure, education systems and governance".

So, the prospects for transforming the extended labour supply bulge into productive employment and growth was going to be very challenging, to put it mildly.

What light does the government's just released "Annual Report to the People on Employment" shed on these seven-year-old concerns of mine?

The short answer is very little. It focuses on estimates (for 2009-10) of aggregate labour force and employment, and projections up to 2014-15, extrapolating from the most recent available, large sample National Sample Survey (NSS) data (for 2004-05!) and using economy-wide estimates of employment elasticity (with respect to GDP) based on NSS employment data for 1993-94, 1999-2000 and 2004-05.

The author is honorary professor at ICRIER and former chief economic adviser to the Government of India. Views expressed are personal. 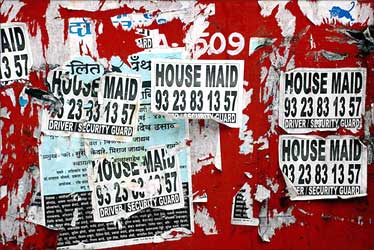 On this macro basis, aggregate employment in 2009-10 is estimated at 506 million out of an estimated labour force of 520 million.

The labour force is projected to grow to 574 million by 2014-15, out of which 559-572 million are expected to be employed, depending on whether employment growth averages at 2.5 or 2 per cent in the intervening years.

Distressingly, there is barely any appreciation, let alone analysis, of the regionally differentiated nature of the employment challenge confronting India in the coming decades (I could only find two short paragraphs in the 44-page document).

A sharp and refreshing contrast is provided by the recently completed "India Labour Report 2009" (henceforth referred to as ILR2009), prepared by TeamLease (India's leading staffing company) and economic consultants Indicus, with Laveesh Bhandari and Bibek Debroy as principal authors.

This is the fifth in a series of valuable annual reports on labour and employment.

This one focuses on the geographical mismatch between labour supply and demand, and provides a very interesting analysis and ranking of Indian states by their respective "labour ecosystems".

Its key message on the geographic mismatch is: "Much of India's demographic dividend will occur in states with backward labour market ecosystems.

During the same period, Maharashtra , Gujarat, Tamil Nadu and Andhra Pradesh will account for 45 per cent of the increase in GDP but less than 20 per cent of the addition to the total workforce." 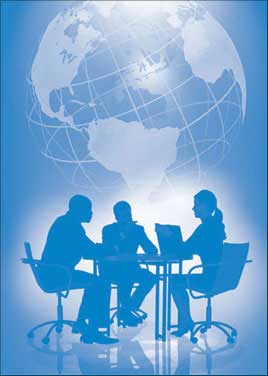 The likelihood of growing regional disparities in incomes and job opportunities, and the resulting increase in migration pressures and social and political stresses is obvious.

Roughly speaking, the first captures elements of labour demand and includes variables such as investment ratios, fulfilment of investment intentions, per capita availability of roads and telephones, power availability and prevalence of crime.

The second index focuses on the supply side and includes variables such as proportion of working age population, labour participation rate, literacy, teacher-pupil ratio, proportion of secondary school graduates in the population and the availability of engineering and MBA seats.

The third index includes measures of lockouts, strikes, prosecutions under the Shops and Establishments Act, and state-level transaction cost reducing reforms of the Industrial Disputes Act. 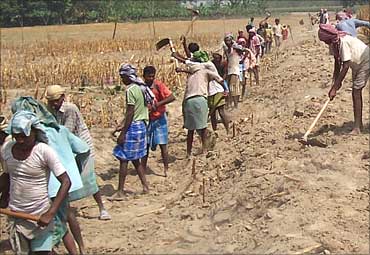 These three indices are then combined together to produce the overall labour ecosystem index.

It is easy to raise conceptual doubts about each index and the manner of its construction, as well as about the aggregation of the component indices into the overall index.

But the general thrust of the effort seems to make sense.

The results are quite revealing in terms of the ranking of the 19 states for which data were available and are summarised in the table. 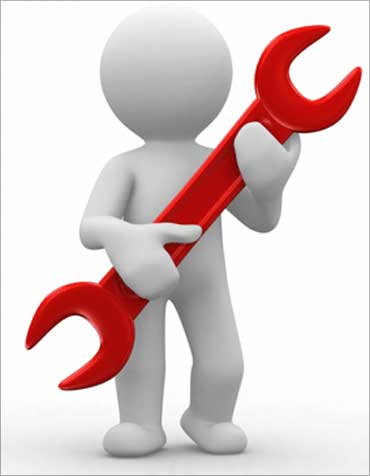 As one might expect, Bihar and UP are near the bottom of the rankings in all three years (2009, 2005 and 1995) for which the indices have been constructed (J&K is at the bottom because of both supply and demand factors, both perhaps influenced by security considerations).

Bengal and Orissa are also in the bottom third of the rankings, with Orissa having slipped down since the mid-1990s. In Bengal's case, a moderately good ranking on the employment (demand) index is overwhelmed by the lowest rank on the labour law index.

Across the three years, Karnataka, Maharashtra, Delhi and Gujarat are consistently in the top five of the overall labour ecosystem index. Perhaps more interesting and heartening is the upward mobility achieved in rankings by a few states.

Andhra Pradesh stands out, having moved to "top of the charts" in 2009 from a middling 8th rank in 2005. Kerala and Haryana have also shown significant improvement over time.

What this suggests is that there is considerable scope for individual states to improve their labour ecosystems in all the three broad dimensions represented by the component indices.

And this may prove a very worthwhile effort, not just for employment but also for economic development of the states. ILR2009 reports substantial positive correlation between labour ecosystem index values in 1995 and state GDP growth in 2000-2008.

Demography may be destiny, but not wholly. There is a significant potential for states to improve their labour ecosystems through intelligent policy measures on the demand and supply side of labour and reforms of labour laws and labour relations. Especially for the poorest states, this potential needs urgent realisation.