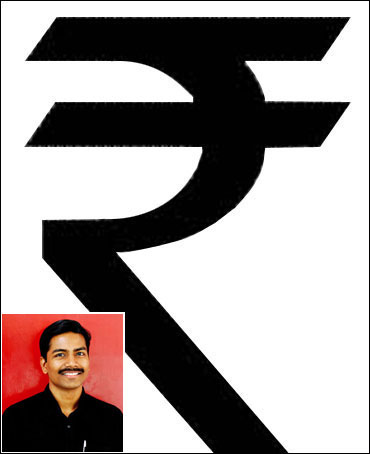 It is time to congratulate D Udaya Kumar, the IIT-ian who won the privilege of giving a symbol for the Indian currency. The symbol set to give the rupee a unique identity, highlights the strength of the growing Indian economy, according to Udaya.

Five designs were shortlisted from over 25,000 applications received from across the country. On July 15, one of the five got the Cabinet's approval. Here's what the other finalists had to say about the Udaya Kumar's symbol.

Agrees Shahrukh Irani, whose design was also shortlisted, "Udaya's design was good and it conforms to all the parameters of the contest. All the designs are actually different variations with the strokes."

"I congratulated Udaya and I believe he deserved it for a nice design," Hitesh Padmashali, one of the other finalists, said.

All the finalists made sure the design reflected Indian-ness and at the same time had an international appeal.

"I am happy that I could become a part of the contest, it is like being a part of history," Shahrukh said.

Click NEXT to see the other shortlisted rupee symbol designs and the creator's views... 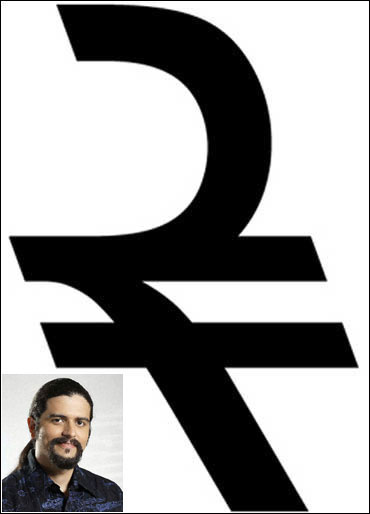 July 15 will remain an unforgettable day for all the five finalists of the rupee design contest. It was disappointing as everyone hopes to win a contest of this nature. But they are happy that the rupee has a definite and strong symbol.

It was a long day at work for Shahrukh Irani who works as a  creative director, Publicis Ambience.

He like the other contestants were anxiously waiting to hear the final result on the rupee symbol.

The process was fair and the jury was excellent and they took a judicious decision, he said. 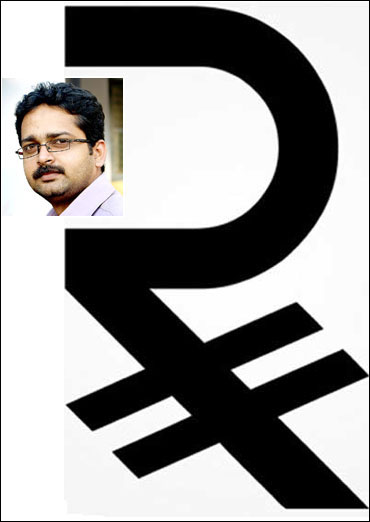 "It was indeed a great honour to have got the opportunity to participate and be among the final five in this contest. The recognition I got after being shortlisted is unbelievable. I have already received so many calls," Shibin said.

Shibin who believes that his design was among the best three, is relieved that the uncertainty over the results is finally over.

"I was impressed with Udaya's design the first time I saw it in December 2009. He is a typography specialist and his idea reflects intricate details," he said.

When I designed the symbol, I made sure it could be easily written in versatile platforms, print, web and raw writing modes. It is compatible with international counterparts. Since it is based on the Devanagiri script, even Indians who don't understand English can understand the idea.

I also made sure it has an international appeal with an  Indian touch. The two strokes in the forward direction symbolize stable positive growth.

Encouraged by feedback and recognition, Shibin now plans to focus more on logos and brand building with a new venture, gologo.in. 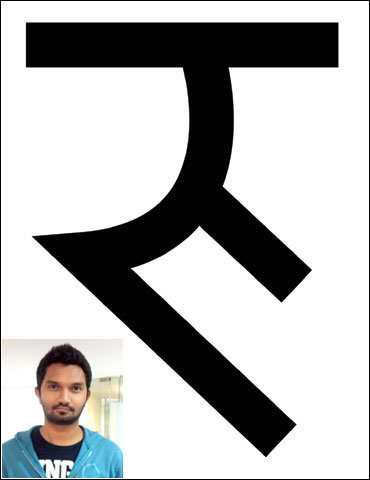 It was a busy day for Hitesh Padmashali creative director, Design, JWT, Mumbai. "I congratulated Udaya and I feel he deserved it. I enjoyed each and every part of the contest," says Hitesh.

"Being chosen among the top five itself is a matter of great pride and this is my biggest achievement so far. The recognition I have got after being shortlisted is  overwhelming. I never expected all this and I feel very proud," Hitesh said.

"It is an unforgettable experience, making a design for our currency, going to the Reserve Bank, making the presentation in front of an eminent panel," he adds.

"As the Indian Rupee is gaining importance internationally, it is important to have a symbol for the currency. The symbol has universal value and reflects the cultural ethos of the country as stipulated by the guidelines," he says. 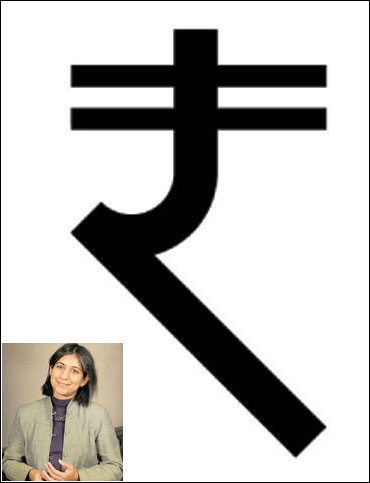 A Harvard University-trained architect, she is also a lecturer of architectural design at the Massachusetts Institute of Technology.

"I think our Rupee suffers from not having an identifiable symbol. With a symbol we would be poised to represent our economic liberalisation as, perhaps, quite soon the Indian currency will be traded globally. To be internationally recognisable, the symbol needs to clearly represent two characteristics - that it is Indian, and that represents a currency," she had said earlier to rediff.com.