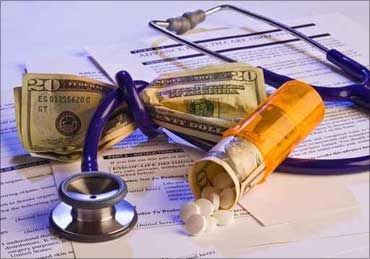 Those who considered cashless health insurance policies as a lifeline so far, here is a piece of bad news: many insurance companies have stopped direct payment of treatment charges to 150-odd high-end hospitals in New Delhi and surrounding areas from July 1. The virus is said to be growing all over the country now.

One can no longer get these facilities at high-end hospitals in the National Capital Region, Mumbai, Bengaluru and Chennai.

Reason? The insurers claim that several hospitals are making fake claims, by showing higher-than-normal charges and thereby cheating the insurance companies. These insurers claim that they collected Rs 900 crore (Rs 9 billion) towards medical insurance premium and had to shell out Rs 1,200 crore (Rs 12 billion) towards claim settlement, in the Mumbai region alone. They attributed these losses to false claims and inflated bills.

The accusation has understandably enraged the hospitals. Many hospitals have thus begun to reject cashless policies following the insurers' stance. The ultimate sufferer in this is the common man, the poor medical insurance policy holder.

This indicates that one would have to bear the expenses from one's pocket if one is taking treatment from one of these hospitals.

This step by the insurance companies has invited a lot of criticism across the nation.

Medical insurance in India is not that expensive, with Rs 200,000-health cover for a 30-year-old costing under Rs 2,500 per annum in some cases.

What will be the impact of this step taken by the insurance companies? What does the aam aadmi feel about this? 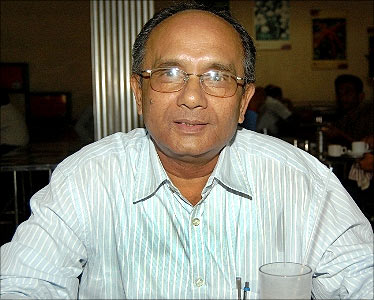 To be honest, I don't think health in our country is a service. It is a trade like any other with clear-cut profit and loss statements.

Ever since corporates entered the health sector, rules of the game stood on their heads and medical business became a flourishing one.

The structure of health facilities in India vis-a-vis the expenses involved is paradoxical.

For, while technological advancement should ideally bring down the medical expenses, on the contrary, they go up, causing much inconvenience to the consumers.

Recently, it was announced that some insurance companies are going to withdraw cashless mediclaim policies. That has generated a lot of hue and cry. As a medical practitioner, I don't understand what is there to make so much noise about.

For, cashless mediclaim policies touch only 3 per cent of the Indian population and the rest 97 remains outside its purview. Therefore, even talking about these policies seems rather superfluous to me.

Hypothetically speaking, even if the rate of purchase of mediclaim policies goes as high as 5 to 10 per cent, 90 per cent of India's population will remain out of its purview.

As a doctor, I am annoyed beyond limit with the third party administrators (TPAs). They not only milk the insurance companies dry but also are a big pain to deal with.

I had a bitter experience of late. I was treating a friend of mine afflicted with lung cancer. When I sent his papers to a certain TPA, it refused to sanction the billed amount stating that his case was to be first 'seen' by a surgeon and then referred to an oncologist.

This is simply ludicrous.

Incidentally, that friend had a corporate insurance worth Rs 500,000 a year. If this is the treatment he gets from the TPA, one can well imagine what others with lesser insurance limit would have to face.

I, therefore, am not surprised that the insurance companies have decided to put an end to cashless mediclaim policies.

No more cashless mediclaim: What the hospital says 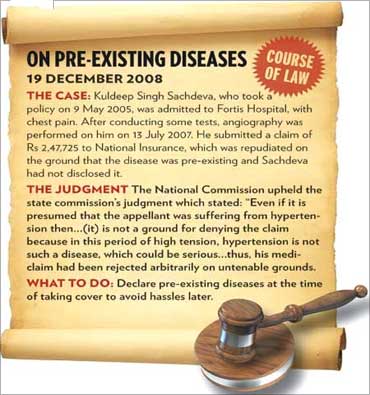 Fortis up in arms

According to a recent Business Standard report, the decision by public sector health insurance companies to deny cashless services to their clients has been criticised by Fortis, a leading corporate healthcare chain.

Chains such as Fortis generate a significant portion of their revenue through health insurance policy reimbursements.

The Federation of Indian Chambers of Commerce and Industry was also critical of the move. Pointing out that private insurance firms are managing to offer cashless services to policy holders, it wanted public sector firms to review their decision to suddenly withdraw this facility.

"Withdrawal of an important component of a financial contract without sufficient notice is not fair and just," it said 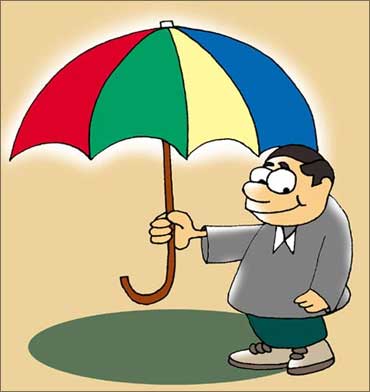 'How can someone unilaterally claim that price points are high'

The hospitals say the problem is not with their fare structure, but with the policy packages offered by the insurance firms.

The confrontation is not direct, as health insurers have no agreements with the hospitals and handle insurance claims through third party administrators.

The decision of stopping cashless services were also made known through third party administrators, who trimmed the list of the hospitals eligible for offering cashless services after they found questions asked by insurance firms on the bills they produced for encashment.

"How can someone unilaterally claim that our price points are high?" asks Vishal Bali, CEO of Fortis Hospitals.

He said there had been no attempt (by the insurance companies) to understand the cost involved in setting up a world-class facility.

"Is there scientific evidence to say that a price point is high? High claims are not because of high price," he said.

Hospital companies say the insurance companies do not have a system to offer differentiated products on risk basis.

"The fundamental problem is that all insurance policies are value-based and not ailment-based. As a result, people with the smallest ailment often have the tendency to go for the most expensive treatment and bill it to the insurance firms. How are we responsible for that?" Bali asks.

The hospital managements are suggesting the TPAs and insurance firms put their desks and representatives inside the hospitals to process each  claim of a doubtful nature.

Insurance firms, however, feel overcharging is seen even after TPAs have worked out differential costs for the same treatments, after segmenting the hospitals on the basis of location, infrastructure and facilities. 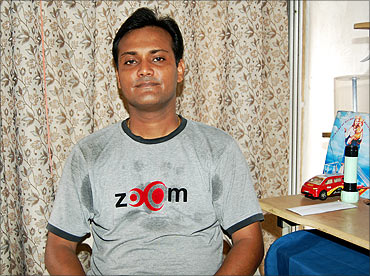 I have a cashless mediclaim coverage for my family worth Rs 300,000. It's very sad that from now, we may not get to depend on this facility.

Because of fraudulent activities and evil nexus between some hospitals and TPAs, we, consumers, are being deprived of such a useful and convenient scheme.

Actually, we should not blame the insurance companies. They are not at fault. It is the TPAs that play foul.

The only way out for the survival for the insurance companies would be to specify uniform medical expenditure rates for particular ailments across all hospitals in India.

The other option for the insurance companies could be to do away with the TPAs altogether and start regulating the procedures themselves.

As a tax-paying citizen of India, I appeal to the government to launch schemes which would allow the citizens to save money in the form of recurring of fixed deposits with reasonable interest rates etcetera that can be used in future for any medical emergency.

Such schemes are sure to benefit the rural as well as the urban citizens of India. 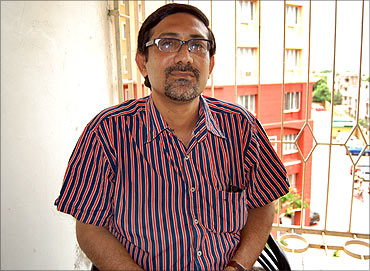 This is a right step by the insurance companies, and I am happy for Life Insurance Corporation of India, which is going to benefit the most out of it.

One man's meat is another man's posion. . . how true this statement is!

LIC has a policy called Health Protection Plus which, I am sure, is going to strike a chord with the people once the cashless mediclaim policies are withdrawn.

There is no denying the fact that as soon as the hospitals find out you have a cashless mediclaim policy, they inflate the bills, causing much loss to the insurers.

The patient parties, 'empowered' by cashless insurance, too don't often enquire about the medical expenditure furnished by any particular health facility unit.

Insurance sector is run on the basis of the dictum -- loss of few shared by many. But in case of cashless mediclaim policies at present, the case is just the opposite.

Hospital malpractices and fraudulent behaviours by the TPAs are to blame for this.

As an insurance sector employee, may I suggest that insurance companies launch a medical credit card whose limit would be determined by the amount of premium paid and which can be used in case of emergency.

Also, the government can come up with health funds where people can invest at their leisure and redeem the invested money as and when they need it.

Some TPAs give the entire health sector a bad name 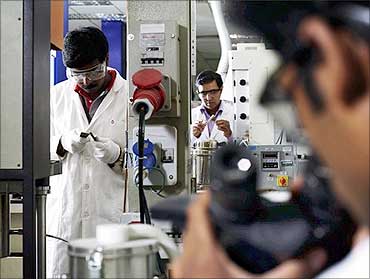 The hospitals, doctors and the consumers are on the verge of murdering the TPAs ever since the talk of withdrawing cashless mediclaim facilities has been doing the rounds.

It's an open secret that the third party administrators' agents, in collusion with the hospitals, inflate bills and mint money.

We came across a TPA agent who officially earns Rs 7,000 per month, but actually makes more than Rs 150,000... owns three cars and a four-storeyed house. He boasts of earning Rs 5,000 per day by simply helping hospitals and health facilities 'inflate their bills.'

As a bonus, TPA agents like him often win free treatment at the best hospitals in the city.

Hospitals, of course, deny that any such thing happens.

While this tug of war is on, the poor common man will continue to suffer till an agreement between the insurers and the hospitals is reached. And while efforts are on to resolve the issue, media reports say that it might be months before an amicable solution is found to this problem.