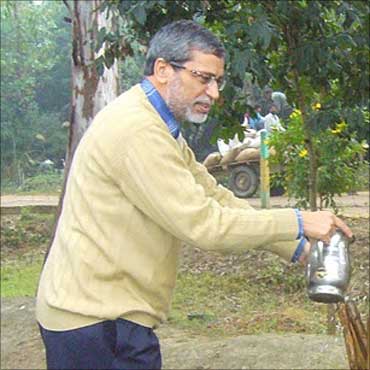 Food Corporation of India is sitting on 60 million tonnes wheat and rice. Chairman and managing director Siraj Hussain says the idea is to further ease the 'liberalised scheme for warehouse building' to address storage issues. In an interview with Business Standard, he also talks about the grain needed for distribution under the new food security law. Excerpts:

How have recent floods in Punjab and Haryana affected wheat stocks lying in the open?

We are yet to get any report on loss of wheat due to floods. We have 17.8 million tonnes (mt) wheat under cap as we don't have enough covered storage.

How is the response to your scheme for private warehouses?

We have guaranteed seven years' rent and approved 12.7 mt capacities across states. Another 2-2.5 mt is expected to be approved soon in states like Orissa and Chhattisgarh. Our requirement for additional covered storage is 15 mt.

So, you are confident that new capacities will come up?

At present, land has to be in the name of those proposing to set up a warehouse. We are considering relaxing this; just a bank guarantee will do. Land can be purchased once the contract is approved. 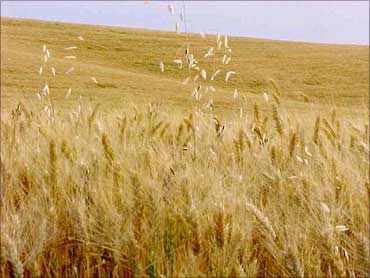 FCI has a huge stock of wheat, but inflexibility in pricing open market sale means the stocks are not lifted.

At present, open market prices are lower than FCI prices. But, the prices are determined by the government keeping in mind various things. For example, we offered to sell wheat at Rs 1,350 a quintal in Mumbai, though we could not sell much.

Once market prices change, we may be able to sell at this price. We cannot bring the price much lower as in that case (if the sale price falls too low), private trade will not buy wheat from farmers and government agencies will have to make all the procurement, which is not advisable.

Have you asked the government to give you the power to decide prices, when required?

Three-four years ago, FCI's high-level committee used to decide prices, but this was discontinued. Now, the government decides the selling price.

However, to increase sales, we have decided that in all revenue districts, a trader can just go to our godowns, pay and lift nine tonnes wheat by just showing his PAN card.

Will FCI invest fully or only partly in building new warehouses?

We have no such plans. After we liberalised the norms, warehouses are bankable projects; entrepreneurs can get bank finance, too. I had a meeting with the Reserve Bank's deputy governor last week on the subject. 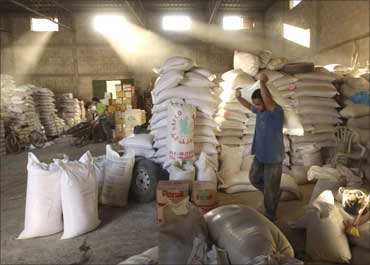 FCI's procurement has been rising. How do you clear old stocks?

The government policy is not based on the age of the stocks. However, we have suggested to the government to allocate 2008-09 stocks immediately.

How do you manage your finances when the government has cut budgetary allocations for FCI?

Do you see the possibility of allowing wheat exports, as we have huge stocks and inadequate storage capacity?

Unlikely. The requirement of food grain is increasing with the food security law being implemented. There will be even higher allocation for selling wheat and rice at lower prices. How much higher is yet to be assessed.

Till then, chances of the government allowing exports are dim. In fact, last year, the allocation of wheat and rice for the public distribution system was 48.8 mt, while this year's total is 50 mt.

However, the stock this time with FCI is 60 mt, due to some states not lifting the grains allocated to them.