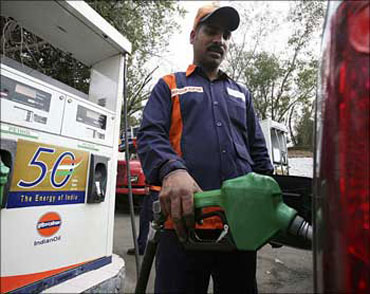 Petroleum is one of the most precious natural energy resources. With India growing at a fast pace, the demand for oil is set to rise. India and China will account for 45 per cent of the increase in global primary energy demand by 2030.

India has become a significant consumer of energy resources. Its oil consumption has risen to 3.3 million barrels per day in 2009, from 643,000 barrels of oil per day in 1980, making it the world's fourth biggest consumer of oil.

India is also the fourth largest producer of ethanol in the world. Ethanol production in India has an advantage as its production could potentially leave sugar prices unaffected. By blending petrol with 10 per cent biofuel, 80 million litres of petrol could be saved annually in India, says a report by the Institute of Defence Studies and Analyses. In India, ethanol made its foray into the transport sector as a fuel additive in 2001. The government launched three EBP pilot projects, the first in Uttar Pradesh, followed by two others in Maharashtra.

The programme was a significant step in utilising alternative, renewable and environment-friendly sources of energy like ethanol to supplement fossil fuels.

The sugar industry agreed to all the terms of the oil marketing companies (OMCs), which include agreeing to a fixed price for three years and has also demonstrated adequate availability of ethanol to increase the blending proportion to 10 per cent.

Despite the group of ministers (GoM) headed by the finance minister endorsing a price of Rs 27 per litre in April 2010, the programme continues to hang fire. 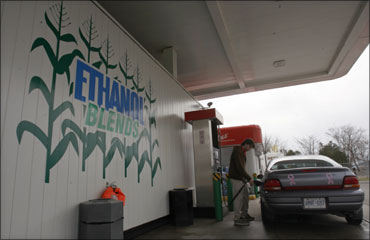 The EBP programme is primarily based on indigenously produced ethanol from sugarcane molasses, which, besides augmenting fuel availability in the country, would also provide better returns for sugarcane farmers.

Further, ethanol is environment-friendly as it enhances combustion of petrol, resulting in lower emission of pollutants.

With reduced dependence on crude oil consumers can pay less for petrol and enjoy the benefits of a clean and healthy environment.

Ethanol is an organic solvent, similar in properties to the hundreds of other components of petroleum-derived gasoline. Yet, there is a big difference: ethanol burns cleaner itself, and also it burns more completely the petrol it is blended into.

Ethanol can be made from natural resources, organic liquids or coal beside grains, cassava etc. but the sources that are most common, cheaper and also renewable are natural raw materials such as sugarcane juice or molasses.

This is because the raw material will be remade in exactly the same way during the following crop cycle. This is a result of the action of photosynthesis upon the carbon dioxide.

In India, ethanol is mainly derived by sugarcane molasses, which is a by-product in the conversion of sugarcane to sugar. Therefore, ethanol does not compromise on the food security front.

The government's EBP programme would lead to better returns for sugar cane farmers and therefore better sugarcane and sugar production. 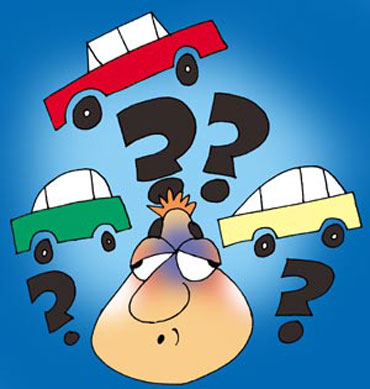 Ethanol and your car

Engine performance and total emissions are both improved by the addition of ethanol to petrol.

Another performance benefit from ethanol is its high octane addition to fuel. Of all the commercially viable octane boosters possible, nothing delivers more punch than ethanol. The populace still feels the ill effects of the tonnes of poisonous lead that are spewed into urban environments because of the poor decision to accept lead over ethanol as the octane additive of choice.

Other benefits due to ethanol in cars are technical in nature, but may be summarised as follows:

3. Dissolves any fuel line and fuel tank water, which are sources of corrosion, and eliminates them out through the exhaust;

4. The higher octane of the ethanol blend allows the new cars with higher compression ratio to run smoothly without any change in engines.

Blending ethanol up to 10 per cent has technical benefits without impacting on engine performance and fuel efficiency in cars. 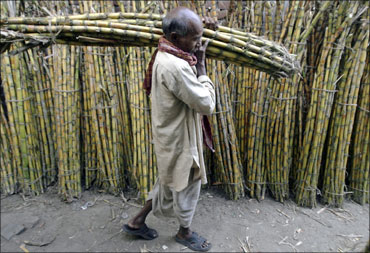 Adding ethanol to regular unleaded petrol at 10 per cent is an easy way to make unleaded premium, and it extends supplies by 10per cent.

Without any modification of the base petrol, however, the vapour pressure of the fuel will increase slightly, leading to more evaporative, or fugitive, emissions. These are primarily vapours that escape the carbon canister on the automobile, or are forced into the air as the level in a fuel tank rises. They do not include fuel spills, because normally the entire volume of a gasoline spill will evaporate in any case.

The question is whether this greater evaporative mass gives rise to greater pollution potential than the large benefit of exhaust emissions reduction.

In the view of some fuel scientists the nature of the chemical make-up of this new vapour space is less harmful that the unblended, but lower pressure, base gasoline has. Ethanol itself, for example, which is now part of the vapour, has a lower ozone-forming potential than olefins and aromatics.

Adding ethanol to regular unleaded extends supplies to the extent of blending and lowers risks of ozone formation.

After years of ethanol use in once-polluted major cities in the United States, Europe and Brazil, the air is demonstrably cleaner and within federal guidelines for a healthy lifestyle.

Not only are toxic species reduced, such as carbon monoxide and aromatics, but also the potential to produce ground level ozone is lower because the elements necessary for its production have been greatly lessened.

In particular, high octane benzene, known to cause leukaemia, can be nearly eliminated because ethanol can provide the octane it once did.

The benefit to citizens of urban airsheds is enormous. Cleaner air means healthier people, especially those that suffer from respiratory diseases. Mortality rates will improve, health care visits will decrease in number and severity, health care costs and insurance rates will benefit, and productivity will improve as absenteeism and performance is improved. 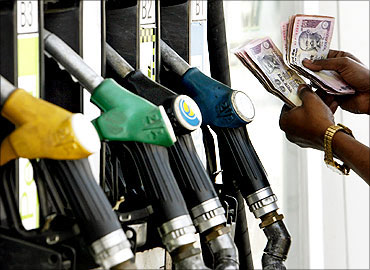 Ethanol yields more energy net to the planet than it takes to produce it. Petrol, or any fuel derived from fossil sources, cannot possibly do so.

You are always at a deficit because you must consume some of the energy contained in the fuel to transport and process it, and you never get anything back. The carbon dioxide from combustion adds to the atmospheric inventory of other greenhouse gases.

With ethanol, the carbon dioxide produced either during fermentation or combustion will be remade into exactly the same amount of plant matter from which it was made. This photosynthetic cycle is what is meant by the renewable nature of ethanol, which in fact is classified as a solar fuel.

Doing a complete energy balance, to include inputs at all levels of processing and giving credits where due, still makes for a positive balance using modern methods of farming and ethanol manufacture. This is an important part of what is meant by ethanol being sustainable.

The EBP programme will contribute to India's food security and energy security objectives. 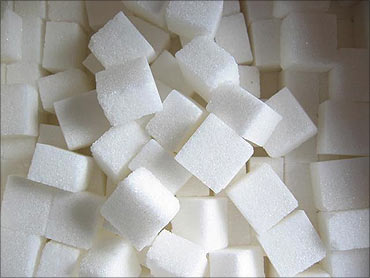 Limit of ethanol in petrol

Strong evidence exists that ethanol blends up to 10per cent are, in the words of the US Environmental Protection Agency, 'substantially similar to gasoline'. Every manufacturer of petrol-burning engines, for any transport application in the US, warrants the use of E10 as acceptable, and some go so far as to recommend it.

While there is no compelling evidence that blends up to 20 per cent might cause harm to the current and future fleet of automobiles, neither is there any evidence that harm will not be done, other than good fortune in the experiences so far.

Until such time as credible evidence proves otherwise, and the production of ethanol in India is so great that we can afford to provide some blends higher in percentage than E10, prudence requires that a limit of 10 per cent be applied.

10 per cent blend of ethanol will cause no harm to the current and future fleet of automobiles. 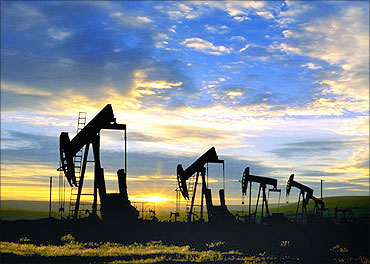 This price was further endorsed by the group of ministers headed by the finance minister in April 2006.

The above recommendations were made after ensuring that even in years of shortage, the production of molasses based alcohol would be enough to meet the 5 per cent EBP programme even after meeting the requirement for potable purposes.

Regarding the ethanol price, purchase of ethanol at Rs 27 per litre by OMCs is not only a commercial proposition, but it also leaves substantial profit of about Rs 8 per litre of ethanol purchased by OMCs.

This price is also on par, if not slightly lower than the prevailing import prices (at an average price of about $655 per tonne during April to July 2010, the import price works out to a landed price of about Rs 33 per litre inclusive of customs duty and others).

The stage, therefore, is set and what is needed is a quick kick-start to the EBP programme of the government. It is about time that in the interest of the nation's food security and energy security objectives the programme is given its much needed boost.