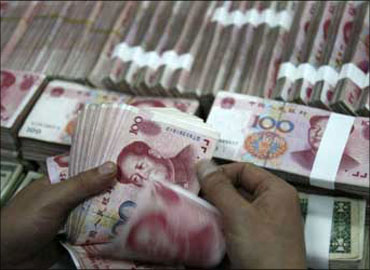 Equity markets across the world made handsome gains after China announced plans to make its currency, the yuan, more flexible against the dollar. China on Saturday said it would allow its currency to appreciate against the US dollar.

Market analysts said China's move would go a long way in lifting the global economic sentiment that has been under the weather due to the Euro crisis.

In a statement on Saturday, China's central bank said: "In view of the recent economic situation and financial market developments at home and abroad, and the balance of payments situation in China, the People's Bank of China has decided to proceed further with reform of the RMB exchange rate regime and to enhance the RMB exchange rate flexibility."

So why is this such a big deal? And why are some economists still sceptical about the goodness of the Chinese move? But more importantly why does China deliberately keep its currency undervalued? 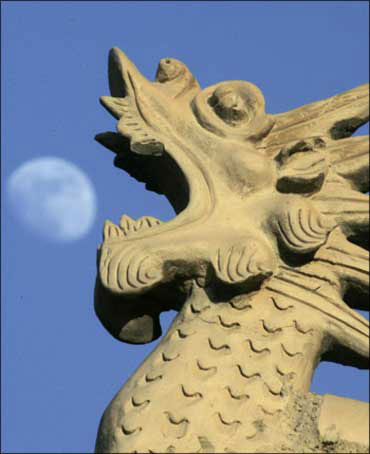 Image: Beijing has been manipulating its currency value for long.
Photographs: Reuters

Some economists feel that China's deliberately undervalued currency costs India billions of dollars annually in growth. Other world economies, like the United States, are even worse hit.

Currency manipulation is one of the schemes which China has used to give their exports an unfair advantage. A recent report by the Economic Policy Institute in the US found that an increasing trade deficit to China, a decrease in US export capacity to China and mounting foreign debt have caused $2.4 million jobs to be lost or displaced.

Beijing uses currency manipulation to maintain the value of its currency, the yuan, at an artificially low value, which makes its exports much cheaper and its imports more expensive.

Why China keeps the yuan undervalued? Read on . . . 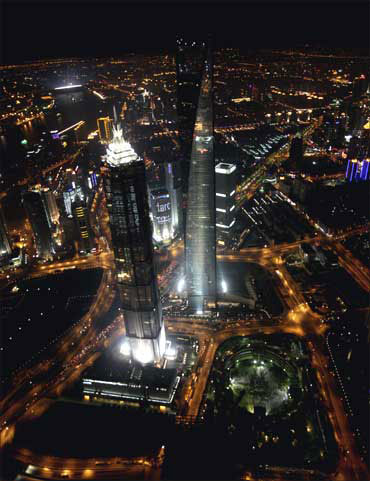 Exports are the Chinese engine of growth. The lower the value of the yuan, the more advantageous the situation is for Chinese exporters. So today if one dollar is equal to 7 yuans and a Chinese exporter sells a shirt for 10 dollars, he gets 70 yuans. However, if the value of one dollar were to be only 5 yuans (after the yuan is allowed to reach its real value), the exporter would only get 50 yuans. Thus, to give its exporters an unfair advantage in the world market, Beijing has lept the yuan undervalued.

China has already flooded various markets -- including the Indian market -- with cheap goods as its artificially undervalued currency makes its exporters very cost-competitive. If the value of the yuan were to appreciate, Chinese goods would no longer be cheap enough to compete with goods produced locally in these markets that China invades.

By how much is the yuan undervalued?

Some economists think the yuan is undervalued by 20%. Some say that the figure ranges from 15% to 40%. However, no one can say for certain to what extent is the yuan undervalued.

However, when a currency is kept undervalued it leads to inflation and China has experienced high inflation lately.

Click NEXT to find out the impact of the Chinese move on Indian economy . . . 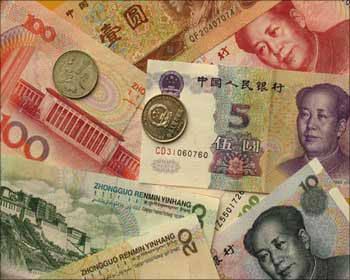 Impact of Chinese move on India

Indian exporters like textiles firms and toymakers expect that a higher yuan can make India's cheaply made goods more attractive to large markets like the United States and the European Union and thus boost their business.

The Reserve Bank of India is evaluating the impact on the rupee and its economy of China's announcement of limited currency reform. China is one of India's largest trading partners, enjoying a $15.2-billion trade surplus in April-December 2009.

CII director general Chandrajit Banerjee, in a statement said: "Beijing's announcement over the weekend to proceed further with exchange rate reforms and make yuan more flexible is a welcome news for India and the global economy. However, it remains to be seen how fast would China allow yuan to appreciate."

The extent to which Indian industry would benefit from the news would depend on the degree of yuan's appreciation, Banerjee added.

"Given China's important role in global economy and the world trade, we welcome the announcement by Chinese authorities. We expect Indian exporters of textiles, chemicals and light engineering goods to benefit from such a move," he added. However, Banerjee stressed that China getting closer to a market-oriented economy is the best situation.

China's move to allow a more flexible exchange rate for the yuan could hurt Chinese manufacturers who sell abroad.

The move could also boost purchasing power and consumer demand in China. A higher yuan will also lead to controlling inflation in China as import prices will do down.

So why are some economists sceptical? Click NEXT to find out. . . 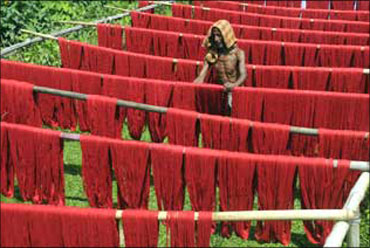 Some economists sceptical about Chinese move

China's exports surged by 48. 5 per cent year on year in May. This triggered speculation that the much awaited reform of its currency, yuan, against the US dollar was round the corner.

However, Religare Capital Markets Ltd chief economist Jay Shankar had this to say on China's move and its impact: "China's decision to make the yuan more flexible this weekend is unlikely to lead to anything akin to one-off revaluation. The real test will be, as also noted by the US treasury secretary Timothy Geithner, how far and how fast the Chinese authorities allow the currency appreciate.

"We believe the let-off will be very gradual and token in nature. The expected global rally in equity as well as commodity markets, because of the Chinese actions, is unlikely to last long.

"The Chinese move should be seen as Beijing's attempt at telling the world that they are as well contributing towards helping rebalancing the global economy, ahead of the G8 and G20 meet, scheduled towards the end of this week.

"The Chinese decision will have to be seen with action on the ground, as to how much appreciation of yuan will be allowed. We believe that this is a move presented by Beijing as to pacify G8 and G20 leaders and an attempt to tone down criticisms of Chinese currency policy likely to be on the agenda of the meets."

But why is China's move on yuan significant? Read on. . . 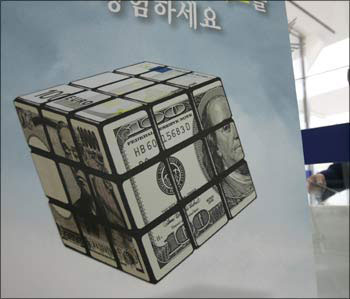 Why China's move is significant

In the world of economic diplomacy where gestures often mean much more than concrete action, China's move to abandon its currency peg against the dollar is significant. It is, therefore, no coincidence that the move comes roughly a week before the G20 summit in Toronto where pressure on China to adopt a more flexible currency regime was expected to intensify.

China has clearly pre-empted some of this by agreeing to more exchange flexibility.  However, this move is unlikely to mean any dramatic change, at least in the near term. While China has committed to dropping its de facto dollar peg (6.83 yuan to the greenback) that it has maintained since mid-2008, it has not promised either a one-off revaluation against the dollar or a free-floating currency. It will continue to "manage" its currency through heavy intervention by its central bank.

Thus, a sharp appreciation in the yuan against the dollar is unlikely. This is incidentally not the first time that China is relaxing its exchange rate regime. It had abandoned its dollar peg in 2005 and moved to a managed float against a basket that included the euro and the yen.

In roughly the three years that this mechanism operated, the yuan appreciated by 21 per cent against the dollar. This might be some indication of how much appreciation is likely in the near to medium term.

Gestures are important to financial markets as well, and the implication of China's move is being analysed threadbare by financial analysts across the world. The immediate response has been to read the move to allow flexibility as proof of the Asian behemoth's confidence in its own economic recovery.

China's stock market has risen, pulling other markets in the region up along with it. Asian currencies, including the rupee, have moved up. Once this initial euphoria abates, there are a couple of issues that markets are likely to grapple with. 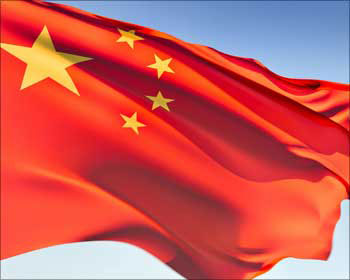 China's growth model has been dependent heavily on exports that, in turn, have fed off an undervalued exchange rate.

Greater exchange rate flexibility could dent exports and the country's ability to sustain its scorching pace of growth is contingent on how much the economy has been able to and can exploit its domestic demand (particularly consumption) base.

If growth shows signs of flagging, financial markets (particularly those for commodities where China is seen as the key demand driver) could sell off. It could also resurrect fears of another dip in growth. Besides, China is the principal creditor to the rest of the world, particularly the US and Europe where it deploys its one trillion dollars of foreign exchange reserves in government and quasi-government bonds.

This stockpile of reserves is the result of its exchange rate policy. Its central bank has bought dollars and euros relentlessly to cap the yuan's exchange rate.

A flexible exchange rate regime would reduce the Chinese central bank's need to intervene in the market and could thus reduce its stock of foreign exchange reserves, or at least slow down the pace of accretion. Its appetite for dollar and euro bonds will wane as a result.

For western governments that are likely to see large budget deficits and consequently supply large quantities of bonds in the international markets, this could spell trouble unless the demand from their own households and companies compensates.

The risk is that interest rates in the G7 countries will tend to rise sharply. That could keep markets and policy-makers on edge. All in all, the yuan flexibility story has to play itself out fully before markets can rush to judgment.

While this weekend's news may win some comfort for Beijing, next weekend in Toronto the world will wait to see if China puts its money where its mouth is.

AGENCIES
Print this
article
MOST
RECENT