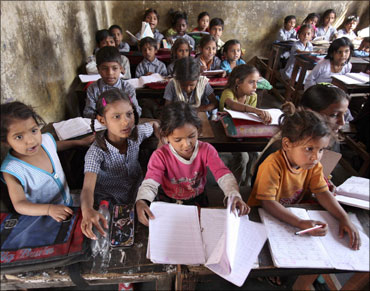 Some things, however, are taking time to change. The all-India figure for literacy is 64 per cent. For Bihar, it is just 47 per cent. Female literacy in India is 53.57 per cent. This is just 33 per cent in Bihar.

In the past, these figures used to be a shameful secret, never spoken about or discussed. However, earlier this month, a team of bureaucrats from Bihar came to Delhi to tell reporters about the achievements they were proud of -- and things they still felt ashamed about.

The exercise was obviously aimed at telling the world ahead of assembly elections in the state in October-November, all that the Nitish Kumar-led Janata Dal United (JDU)-Bharatiya Janata Party (BJP) government had managed to do.

Refreshingly, some bureaucrats were forthright in admitting that a lot remained to be done. 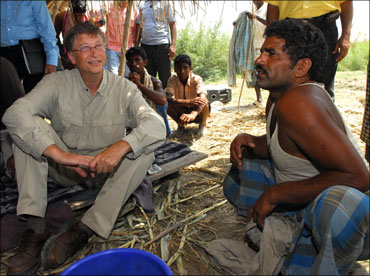 Against the background of the supposed tensions between Kumar and the BJP (the chief minister cancelled a dinner for BJP leaders who were in Patna for a national executive meeting because he was angry about an advertisement that featured him in the same frame as Narendra Modi), the event in Delhi was valuable because it had nothing to do with the smoke and mirrors of politics. Here, just facts were on display.

Three sectors were showcased: education, health and roads. Parenthetically, reference was also made to the state of Bihar's economy and agriculture.

On education, the government said that while it was offering inducements to parents to send their children to school and keep them there, girls from Class 6 to Class 8 were given two sets of uniform, shoes and a school bag, costing Rs 700.

The same scheme has been replicated for all children from Class 3 to Class 5. Initially, girls who enrolled in Class 9 were given Rs 2,000 each to buy a bicycle. The scheme proved to be so wildly popular that between 2007-08 and 2010-11, enrolment of girls trebled.

So now, it has been extended to boys enrolled in Class 9. Girls from minority communities, scheduled castes and tribes and extremely backward classes have been granted Rs 2,500 each for completing a skill development course. 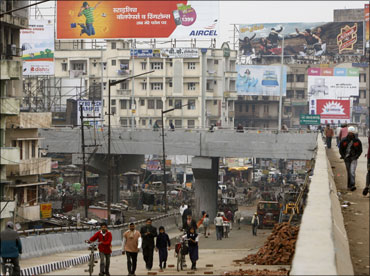 Image: Commuters move under a flyover in Patna, the capital of Bihar.
Photographs: Desmond Boylan/Reuters

Bihar started recruitment of teachers through the panchayat, but conceded that quality could an issue. This is now being addressed through a variety of measures.

The crisis on the state's healthcare front was illustrated best in a Planning Commission report submitted in 2007.

Since then, it has been an uphill journey, but now funding agencies are so enthusiastic about the health sector innovations in Bihar that money is pouring in.

The Gates Foundation has signed an MoU and Bill Gates was in Bihar recently to see for himself how the poorest in the state live. He visited villages to see how the Musahar, a Dalit community that used to trap and eat rats to stay alive, lives. DFID, the official development agency of the government of UK, has also inked agreements to fund programmes to prevent neo-natal death. 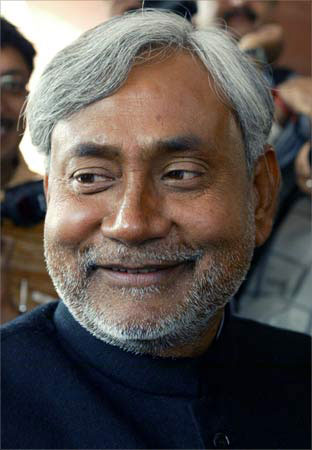 The Bihar Rajya Pul Nirman Nigam had filed for liquidation. Today, its net worth is Rs 138 crore (Rs 1.38 billion) and is growing. It made a net profit of Rs 80 crore (Rs 800 million) last year.

Some economists argue that it is Bihar's investment in road building and construction in the last three years that is responsible for an overall increase in gross state domestic product (GSDP), and that there is little change in the growth rates of other sectors in the economy.

They say that reports of Bihar's economic miracle are driven by newspaper headlines which, in turn, are predicated on state government advertising in these periodicals. This line of argument is as specious as claims that it is honey, and not water, that runs in the Sone today.

The fact is that Bihar's society and economy are seeing changes that haven't been seen in the earlier regime.

These could be regressive, or could be progressive. But this much is true: Things are different today and it is this difference that the people will evaluate while voting in October-November this year.