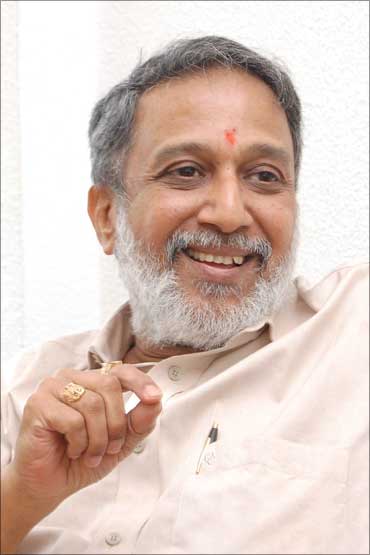 Excerpts from the interview

As a person associated with the financial services sector, do you think the recession is completely over?

Before I talk about whether it is completely over or not, it is useful to go back a little, because even when you talk about the recession, I don't think we were as badly affected as everybody else. So the dip for us was a smaller dip than for the rest of the world.

How would you compare the situation in the financial sector in the West and in India?

In the financial services space itself, we were much better off. Our financial system was pretty robust and our banking system, especially, was very solid. So we didn't have even a single bank anywhere near distress, whereas this was the case all over the world.

In terms of the solidity or robustness of the financial system, we were on in pretty good shape. It wasn't so bad to start with. 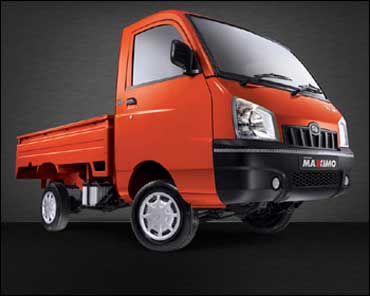 What were the problems the financial sector faced in India?

The major problem all of us faced was that credit offtake dropped and demand too dropped. Also, there was a greater degree of risk aversion, both amongst lenders and among borrowers.

I can speak about the automobile sector. We suddenly found the proportion of people buying cars out of their own savings went up quite significantly during that period. Because cars, specifically . . . 75-80 per cent of all car sales have traditionally been financed. In the case of truck sales, it is an even higher proportion.

But during the downturn, we found more people using their own money to buy. There could be two reasons for this. Reason one could be that given all the uncertainty around, they didn't want to increase their indebtedness.

If you look at credit offtake and disbursements of large players during this period, it came down. And this was reflection of the fact that sales, especially in the commercial vehicles sector, tanked dramatically during that period. So if the vehicles were not sold, then obviously the auto finance companies that finance the trucks could not grow. 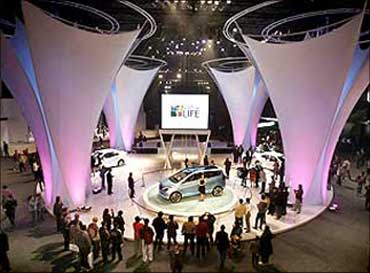 Auto sector was badly hit all over the world. Was it the same in India too?

Definitely so. The auto sector was one of the sectors that was badly affected. The drop was as much as 40 per cent, especially in the commercial vehicles segment, while the sales of cars remained flat. That was the magnitude of the drop.

Yes, compared to the global situation, we were still in a reasonably good shape. There was a fairly steep fall in the commercial vehicles and the construction equipment segment as well. That was because infrastructure spending had also virtually come to a standstill. There was a long lull.

Even within the commercial vehicles segment, the worst affected was the tipper segment. Haulage segment was also badly affected.

The bus segment was the only one that was not so badly hit. This was because of the government's stimulus package on the Jawaharlal Nehru Urban Renewal Mission. Lot of state transport undertakings invested in buses.

It was a flat growth in case of cars which was growing by 25 per cent every year. Now, growth has come back in the passenger cars and commercial vehicles segments.

With commercial vehicles, one must bear in mind the base effect. Because we had gone so far down, anything we do looks positive and everything looks a plus. But the reality is that as of end of January, commercial vehicles were only at the same levels as what it was in 2007-08.

We have just about touched that level. We are now climbing back and coming back to ground zero. Only in the coming financial year, we will have to see if the real growth happens. 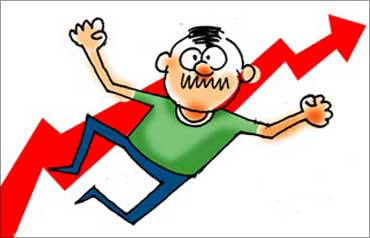 With the feeling that recession is behind us, will you see a lot of spending? Where do you see interest rates going?

Half a per cent or one per cent increase in interest rates will not make such a big difference.

It is a combination of several things that will affect the spending -- the basic price of the truck, the interest rates, diesel prices, availability of freight, freight rate and the sentiment, as well.

Do you expect the positive sentiment to boost the sales of, say, passenger cars?

Definitely. People who have been more adventurous in the past and have speculated, if they have been hit badly, they are likely to be a little more careful.

But those who have been more measured in their savings habits and in their spending habits, they have every reason to spend more as now the sentiment has turned positive and opportunities are once again starting to emerge.

Some semblance of stability has come back. The general perception is that the recession is over.

The only dampener could be the food price rise. Because -- if you talk about the average middle class India -- that is still a worry. So, unless that abates, it will remain a worry because that is something people grapple with every day. As long as that does not stabilise, there will some level of uncertainty in the spending habits. 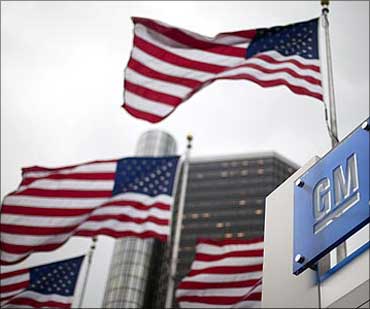 You spoke about a robust Indian financial system and you said that was why we were not affected badly during the recession. But there is a clamour for a change to the American model. What is your view?

I hope that clamour has at least died down a little bit now, especially with the recent turn of events. What this global meltdown has shown is that the so-called Global Best Practices are not necessarily the best practices. That is clearly a big learning for us.

While the US model was often touted as the best, I think, again, experience has shown that is also not necessarily true. So, to make a sweeping generalisation is not a good idea.

Each economy has its own dynamics, own strengths and weaknesses. The same people who two years ago used to say we are bureaucratic and old-fashioned are now singing praises of India.

To be fair, our regulators and the people who manage our financial sector have done what is appropriate for our country. Maybe there are a few areas in which we could have gone faster. For example, in raising the JV (joint venture) stake of foreign insurance partners from 26 per cent to 49 per cent they could have been a little more flexible.

Having said that, the calibrated approach we have followed is the right approach because our challenges are very different from those of the United States or Europe. We still have large segment of our population below the poverty line. They still need support from the government.

We just cannot throw open to free market and ask them to fend for themselves. We have had our own challenges socially and demographically. Our model of development has to be different. We cannot blindly follow and implement a US best practice. We have to follow a system that suits this country the best.

I do agree that we can't be isolationists and cut off from the global economy. But we have to do it on our terms and at a pace which is best for this country. 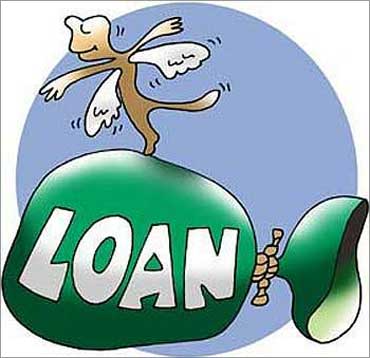 The finance minister in the Budget offered banking licenses to NBFCs. Are you looking to convert to a bank?

For ourselves, we certainly don't have any such plans. The reason is that we excel in a certain kind of business and in a certain segment of business which we are able to continue doing in our present form as a NBFC.

Becoming a bank does not give any extra leverage to do what we are doing. Of course, if we wanted to do other things than what we are doing currently, like working capital loans, project finance, forex, then may be it would be a good idea to become a bank. We don't have that kind of ambitions.

Where do you think you excel?

We understand road transport financing very well and in the framework of an NBFC, we are able to deliver that extremely well. So there is no compulsion for us to become a bank.

And if you look at international experience also -- since for everything we look at global practice -- everywhere in the world there are banks and there are non-banks because for certain segments of the population and for certain niches, non-banks are able to serve very well and very efficiently.

We (as an NBFC) tend to be much closer to customers, quicker in terms of our response time and tend to set up businesses in the local communities. We understand the customers' needs, the culture of the place, and we speak their language. So we are able to appreciate their needs and serve their needs much quicker and in a flexible fashion.

These are things that come from personalised knowledge and understanding which is difficult for a large bank to replicate, especially because of its size.

For us as a NBFC, this is the only thing we do. As the oldest NBFC in India, what do you feel is the role of NBFCs in the financial services sector?

Today, everybody talks the language of 'financial inclusion'. That has today become the jargon. NBFCs were probably the earliest entities that practised financial inclusion because we have for the last more than five decades served rural and semi-urban India. Even banks went into semi-urban India only post- nationalisation. We have from the very beginning served that segment.

I find it funny when today people talk about financial inclusion and 'last mile credit delivery'. Actually, I would say that in the new evolving system, if there can be policy support to give NBFCs a little more of support and flexibility to be an active part of this financial inclusion, that will be really good.

For example, a lot of the small NBFCs suffer from lack of funding support. If the government can set up a funding mechanism or a funding agency through which these NBFCs can borrow and they can lend in the smaller segments, that will be a great help.

What the microfinance institutions are doing, I believe NBFCs can do one level above them, which the NBFCs were doing earlier.

In the flow of credit, banks actually play the role of a wholesale provider. We are the retail provider. If they can use us (the NBFCs) as the funnel to distribute credit to the most needy, that is what will work best.

If we go on the same lines that we have in the recent past with the same kind of regulatory framework and the same calibrated approach, for a country like India where we are talking about 9 per cent growth, with a huge young middle class population that is aspiring to a better lifestyle, the opportunity is phenomenal across sectors, including for NBFCs.

As a nation, we are probably on the threshold of the most exciting time in the recent history. This is a very confident country today, which is why I believe its time for us to talk about the Indian Best Practice and not the global best practice.